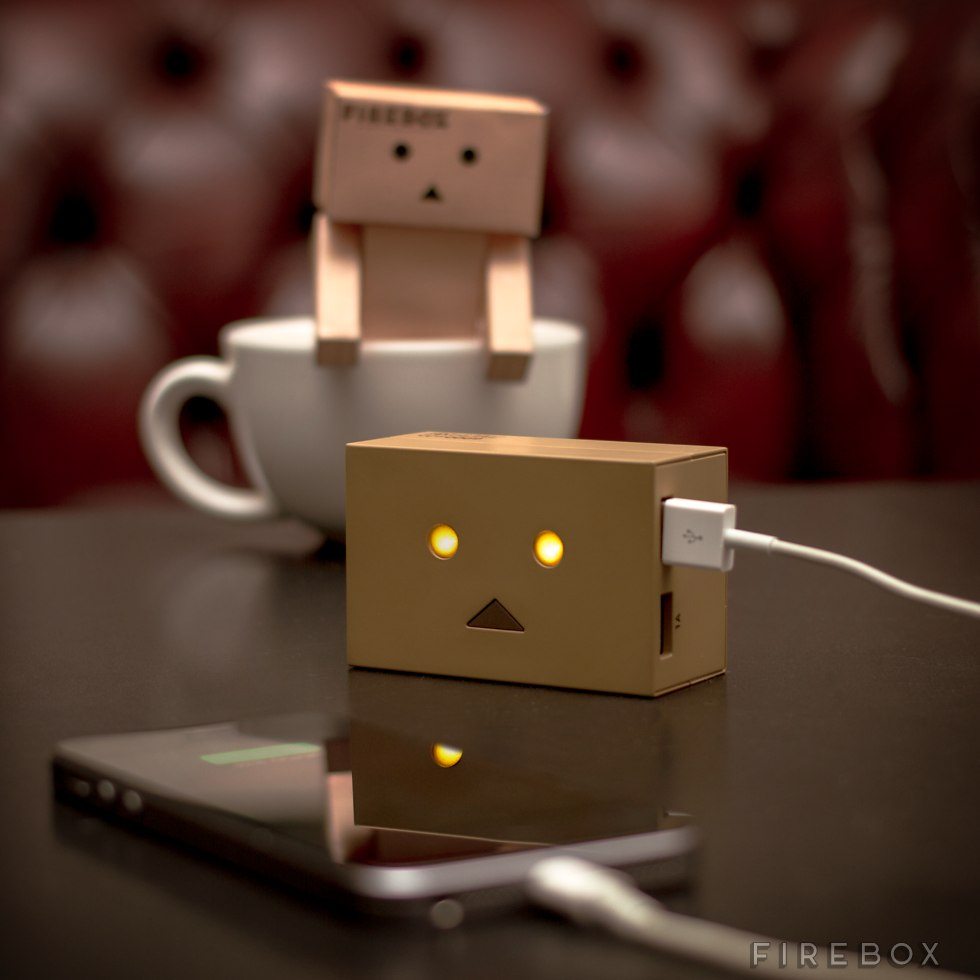 The Robot Head Portable Charger is based on Danbo, a cute Japanese cardboard robot character that became very popular. In fact, the charger has become just as popular as Danbo, and is now the best selling portable charger in Japan...
Mark Myerson
TravelUseful

The Robot Head Portable Charger is based on Danbo, a cute Japanese cardboard robot character that became very popular. In fact, the charger has become just as popular as Danbo, and is now the best selling portable charger in Japan. For the record, the charger is not made of cardboard. It’s a small pocket-sized charger that packs a powerful punch and can charge your smartphone 2.5 times over. Press his mouth, and the robot’s eyes will light up telling you how much power you have left. With the conveniently placed dual USB ports, you can plug in multiple devices at the same time, and charge everything from smartphones to tablets and cameras. The robot itself may be charged via the micro-USB cable that comes with the Robot Head Portable Charger.

Get it forGet it for $58
Robot Head Portable Charger
Add Reminder
Add to Collection
Share it
Gadget Flow Rating 9.7/10
View Product Specs
Discovered on Mar 19, 2014, 8:00 am EDT
Discovered by Mark Myerson
Report this