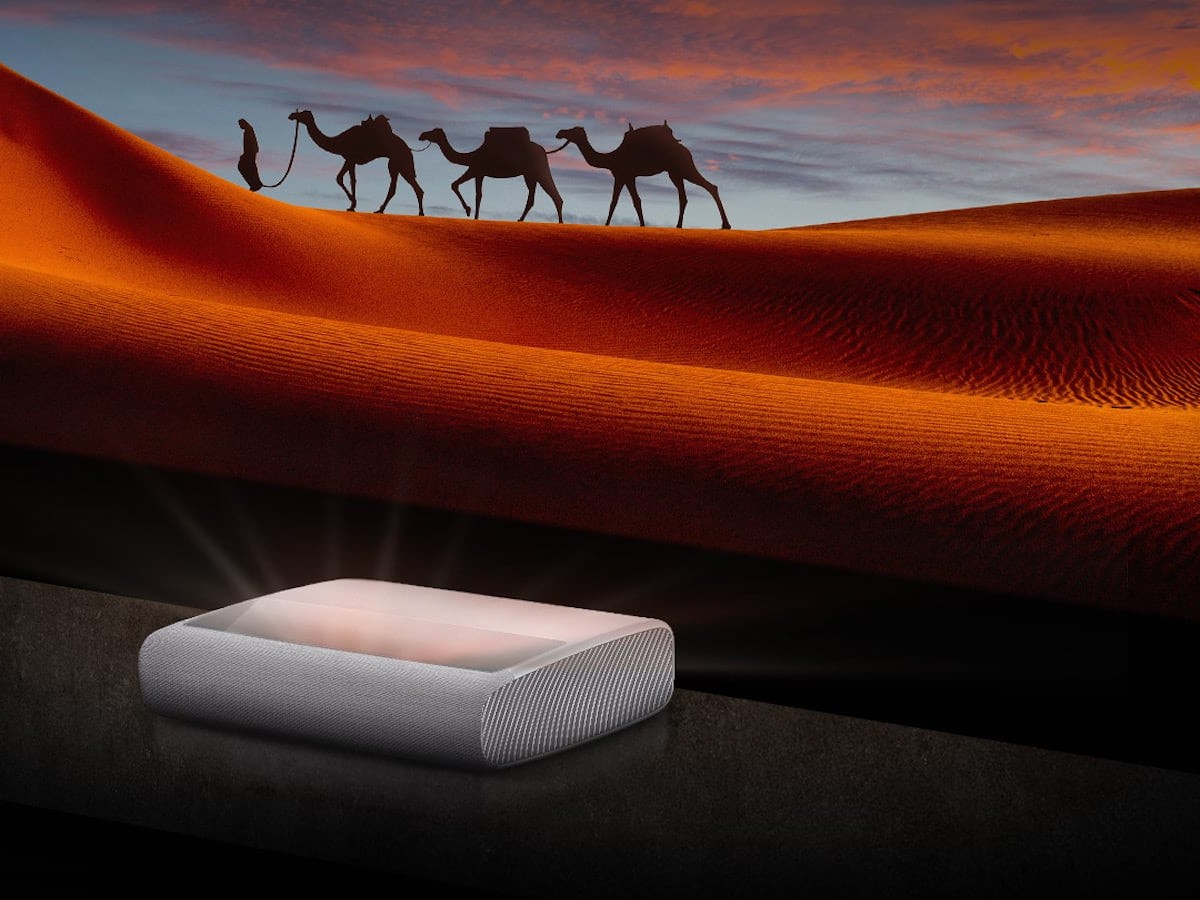 This item is eligible for $1000 OFF Discount

Get an incredible TV-watching experience with the Samsung 130″ The Premiere LSP9T 2021 4K smart projector. Through cutting-edge triple-laser technology, this Samsung projector produces impressively high contrast. You’ll feel like you’re in a movie theater with its large 130-inch display right in front of you. With HDR10+ certification, it makes sure everything you watch looks incredibly realistic. And it won’t matter where you are in the room because it looks great at any angle. Not only that, but this 4K smart projector also has impeccably bright 4K UHD resolution, allowing it to capture every detail. Boasting 2,800 lumens of brightness, this projector makes sure you don’t miss a thing in that movie or game you’re watching. Furthermore, its Filmmaker Mode setting lets you watch movies as they’re meant to be viewed. Designed with 4o-watt,  4.2-channel audio and acoustic beam technology, the Samsung 130″ The Premiere produces room-filling sound.

You'll have your own theater right at home.