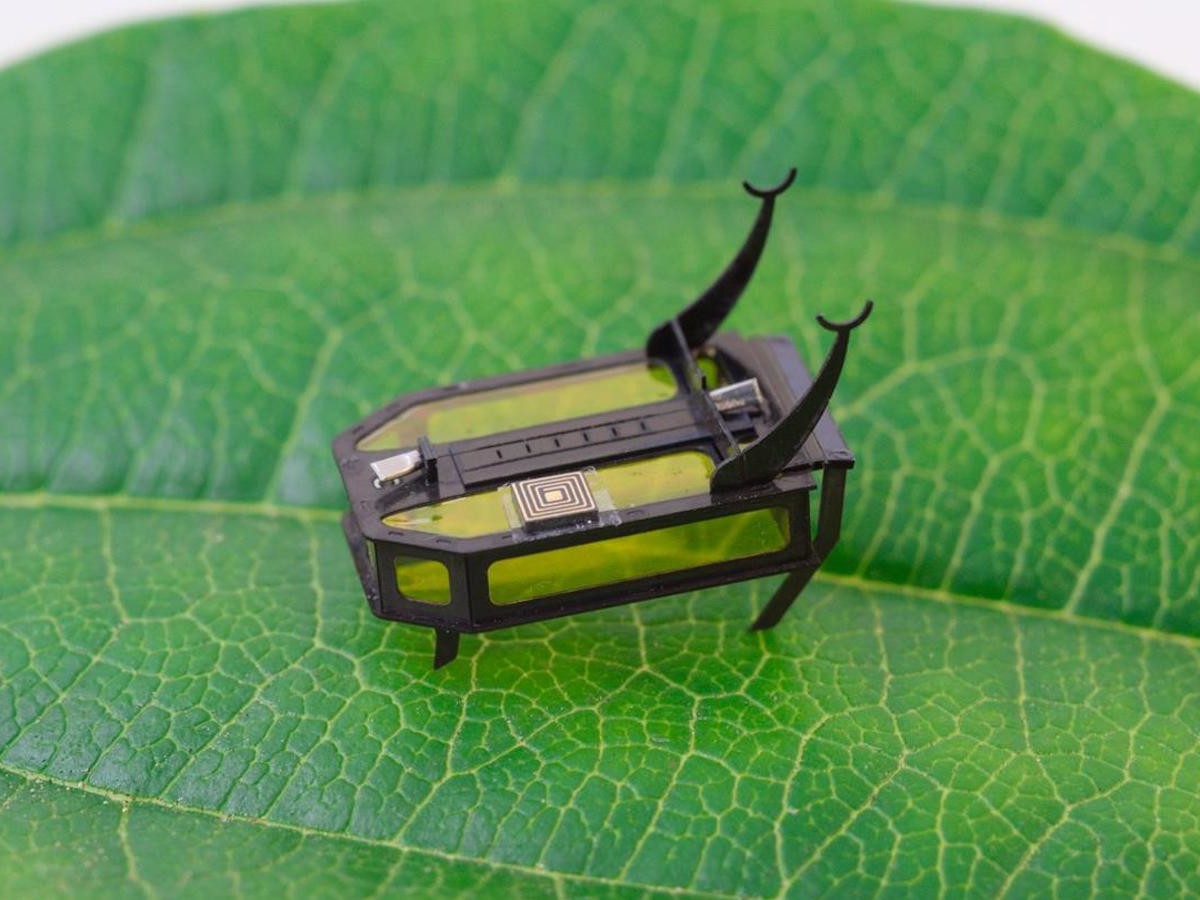 The Science Robotics RoBeetle insect-sized microbot runs on methanol—a type of alcohol. This substance allows the insect-sized microbot to hold plenty of energy per unit of volume as compared to batteries. In fact, this insect-sized microbot doesn’t require an additional external power source. Once in action, this small gadget will move by itself like a real-life insect. It features tiny artificial muscles that contract and relax. Therefore, it moves with ease and in a realistic manner. To power its movement, the nickel-titanium alloy wires speed up the burning of methanol vapor. Once there’s heat, the robotic legs can move. Weighing only 88 milligrams, it’s lightweight but can hold objects up to nearly three times its own weight. It can also carry 95 milligrams of fuel and run for two hours.