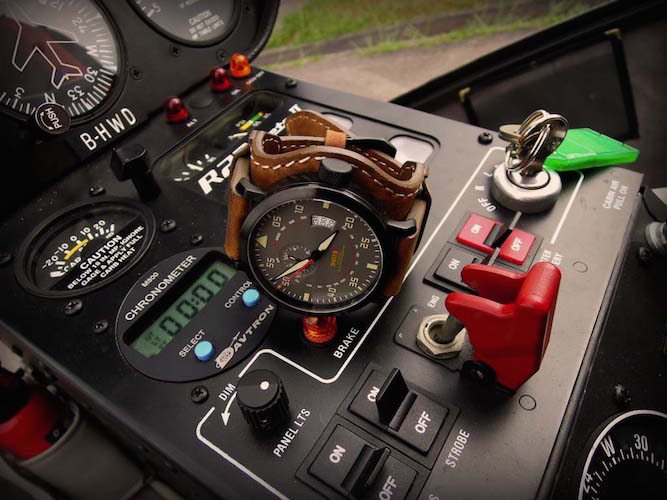 Pilot watches have played a very important role in wrist watches’ history. The impact of the First World War dramatically shifted public perceptions on the propriety of the man’s wristwatch, and opened up a mass market in the post-war era...
Weston Lanpher
WatchesFor Men

Pilot watches have played a very important role in wrist watches’ history. The impact of the First World War dramatically shifted public perceptions on the propriety of the man’s wristwatch, and opened up a mass market in the post-war era. Wristwatches were found to be needed in the air as precise synchronization between different forces was required. The British War Department began issuing wristwatches to combatants since 1917.

Get it forGet it for $200
SoRa – The Pilot Watch
Add Reminder
Add to Collection
Share it
Gadget Flow Rating 9.4/10
View Product Specs
Discovered on Jan 8, 2015, 9:01 am EST
Discovered by Weston Lanpher
Report this