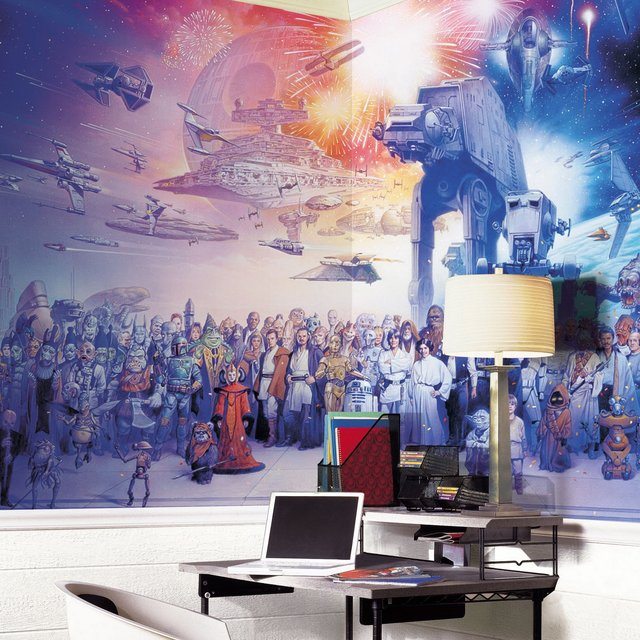 There are many ways to show how big a Star Wars fan you are, but none as big as the Star Wars Ensemble Wall Mural from Retro Planet. The humungous 126×72-inch wallpaper mural will cover an entire wall in your..
Michael Cheng
DecalsHome

There are many ways to show how big a Star Wars fan you are, but none as big as the Star Wars Ensemble Wall Mural from Retro Planet. The humungous 126×72-inch wallpaper mural will cover an entire wall in your den with every character that has ever appeared in the six Star Wars movies. Only a true Jedi Knight would be able to name all of them. In fact, you could spend hours just talking about each character on the mural and what they did in which episode. The wallpaper mural is comprised of seven pre-pasted panels that are water-activated and easy to hang. You can also remove the entire mural if you change your mind, but it’s a single use item so you won’t be able to reposition it elsewhere if you rip it out.