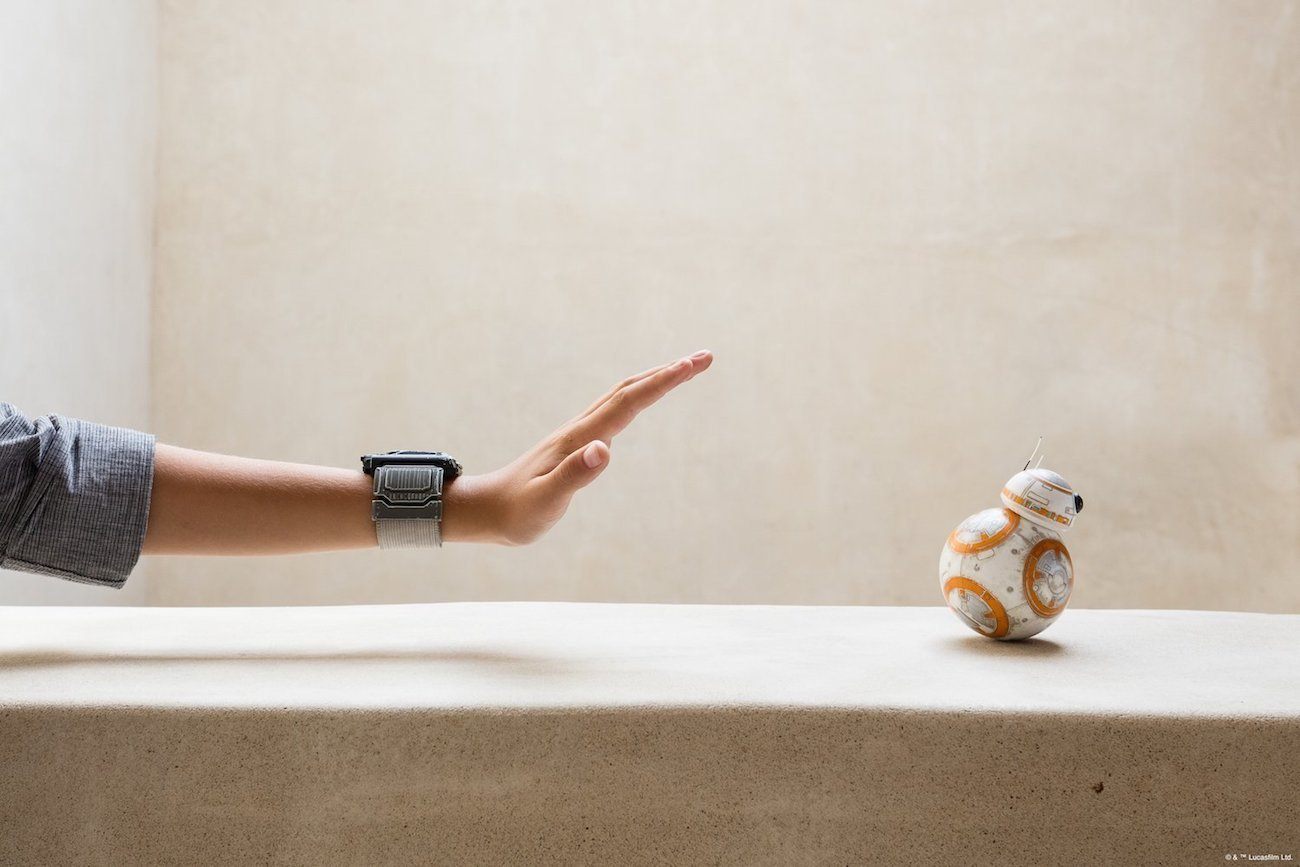 You can now have total control over your BB-8 app-enabled Droid toy all on your wrist with the Star Wars Sphere Force BB-8 Controller Band.
Ashley Timms
GeekyStar Wars

You can now have total control over your BB-8 app-enabled Droid toy all on your wrist with the Star Wars Sphere Force BB-8 Controller Band. This wearable remains connected to the toy and gives you the power of the Force. Additionally, this wristband enables the BB-8 Droid to follow you wherever you go as you perform arm motions and directional moves as commands. The Sphere Force Band also allows you to control the device with gestures such as Force push, pull, and drive. Decked out in classic Star Wars style, the Sphero Force BB-8 Controller Band turns you into a Jedi Knight who can control with simple movements. The battle-worn exterior is evidence of its Resistance missions. Likewise, you can select either the combat training mode or even complete holographic communication with BB-8.