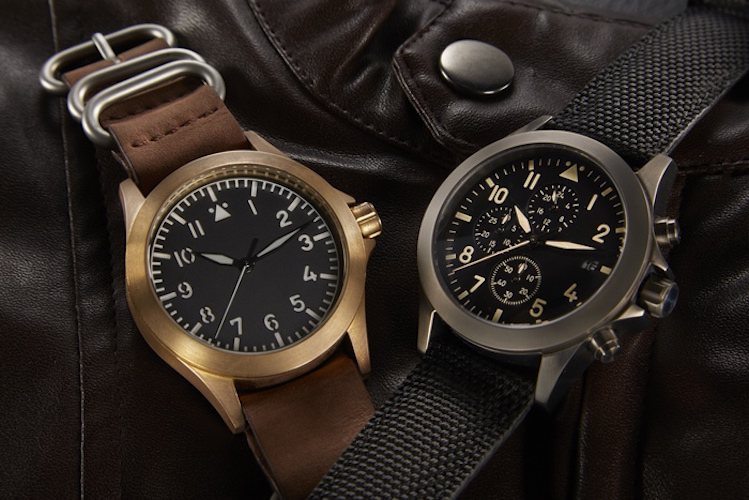 Ventus – Caspian. A Salute to Heritage

A reinterpretation of the classic WW2 pilot’s watch. Crafted from brass which develops a patina unique to you. The pilot watch (or Observation watch) was developed by the RLM (Reichs-Luftfahrtministerium, or Reich’s Ministry of Air Transport) in WW2 for use..
Tera Cuskaden
WatchesFor Men

A reinterpretation of the classic WW2 pilot’s watch. Crafted from brass which develops a patina unique to you. The pilot watch (or Observation watch) was developed by the RLM (Reichs-Luftfahrtministerium, or Reich’s Ministry of Air Transport) in WW2 for use by navigators in conjunction with charts and other tools. One distinct feature of the watch was the triangle marker at 12 o’clock flanked by two dots. It gave a quick indication of the upward orientation of the dial during night flight. The triangle also functioned as a solar compass to find the earth’s true north when used with sextants, compass and data charts. Brass is one of the oldest alloys known to man and was used for its gold appearance when new. Over time and use, this bright gold weathers to a rustic brown. This weathering is based on the environment the watch is being worn in, making it truly personal to you.

Buy Now $499
Get it for USGet it for $499
Get it for EUGet it for
Ventus – Caspian. A Salute to Heritage
Add Reminder
Add to Collection
Share it
Gadget Flow Rating 9.7/10
View Product Specs
Discovered on Apr 1, 2015, 4:00 pm EDT
Discovered by Tera Cuskaden
Report this