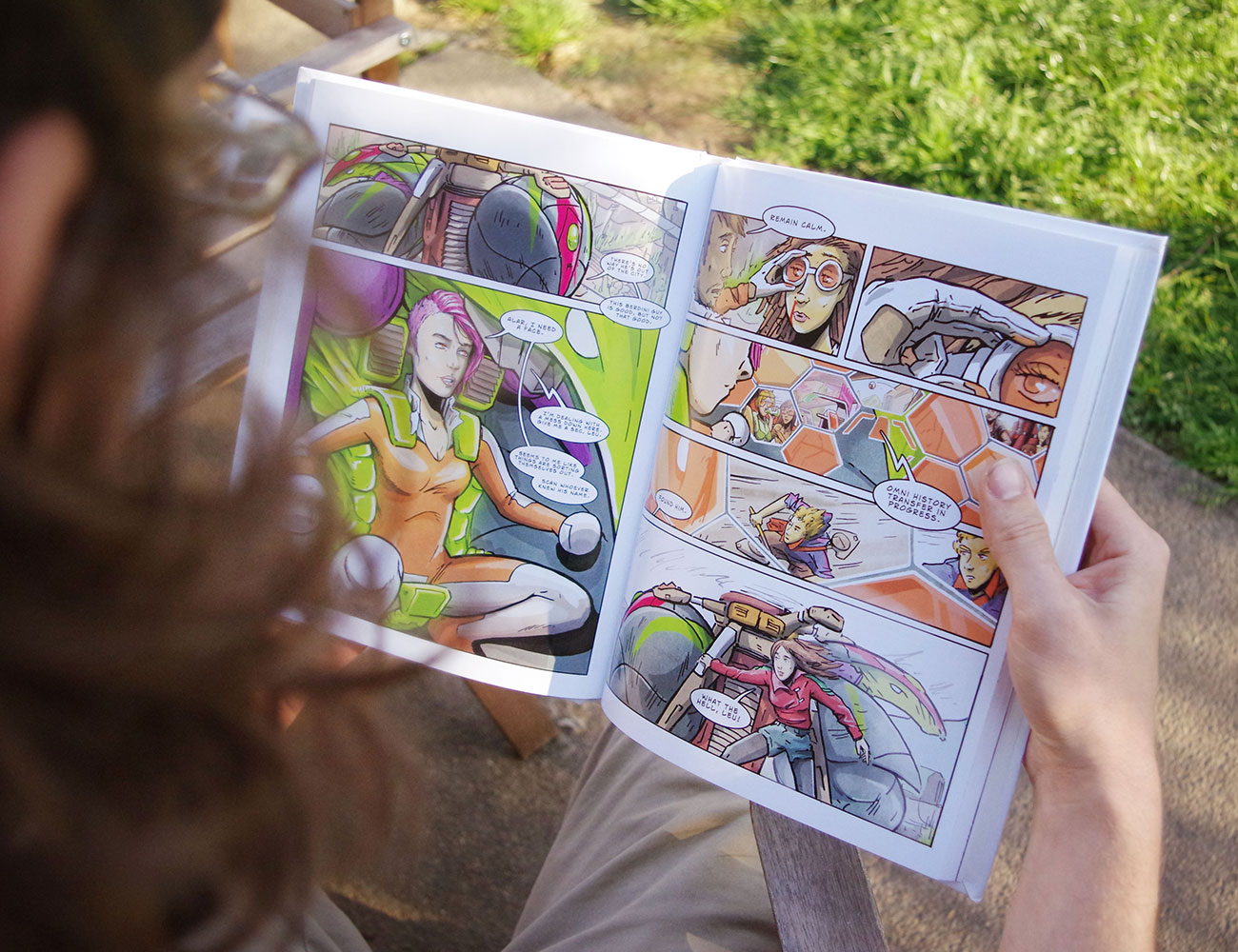 VERDACOMB is an original graphic novel written and illustrated by Dan Berry. Since August 2009, Dan has been deeply invested in the development of characters and story lines set within the Verdacomb System, a futuristic dystopian society enslaved not only..
Weston Lanpher
Cool GadgetsCrowdfunding

VERDACOMB is an original graphic novel written and illustrated by Dan Berry. Since August 2009, Dan has been deeply invested in the development of characters and story lines set within the Verdacomb System, a futuristic dystopian society enslaved not only by virtual and augmented distractions, but also institutionalized war. Each year the Four Nations gather for the Harvest Game – an electromagnetic death match held in an ancient stone arena – to decide who wins the surplus of their collective harvest. Volunteers, usually farmers or desperate exiles, battle using Orb Suits to capture the white, monolithic pillar in their Nation’s corner. But the game is rigged and the system is corrupt, and Berdini, a lone renegade, has seen enough. With the help of his friends Denuva and Napeen, he sets into motion a plan to expose the corruption and wake up their society to the nefarious schemes at play in their world. Yet before Denuva can join the plan to blow the whistle, he must overcome his addiction to technology in order to pursue the truth behind his own mysterious past. Will they succeed, or will the people of Verdacomb continue to revel in their virtual slumber?