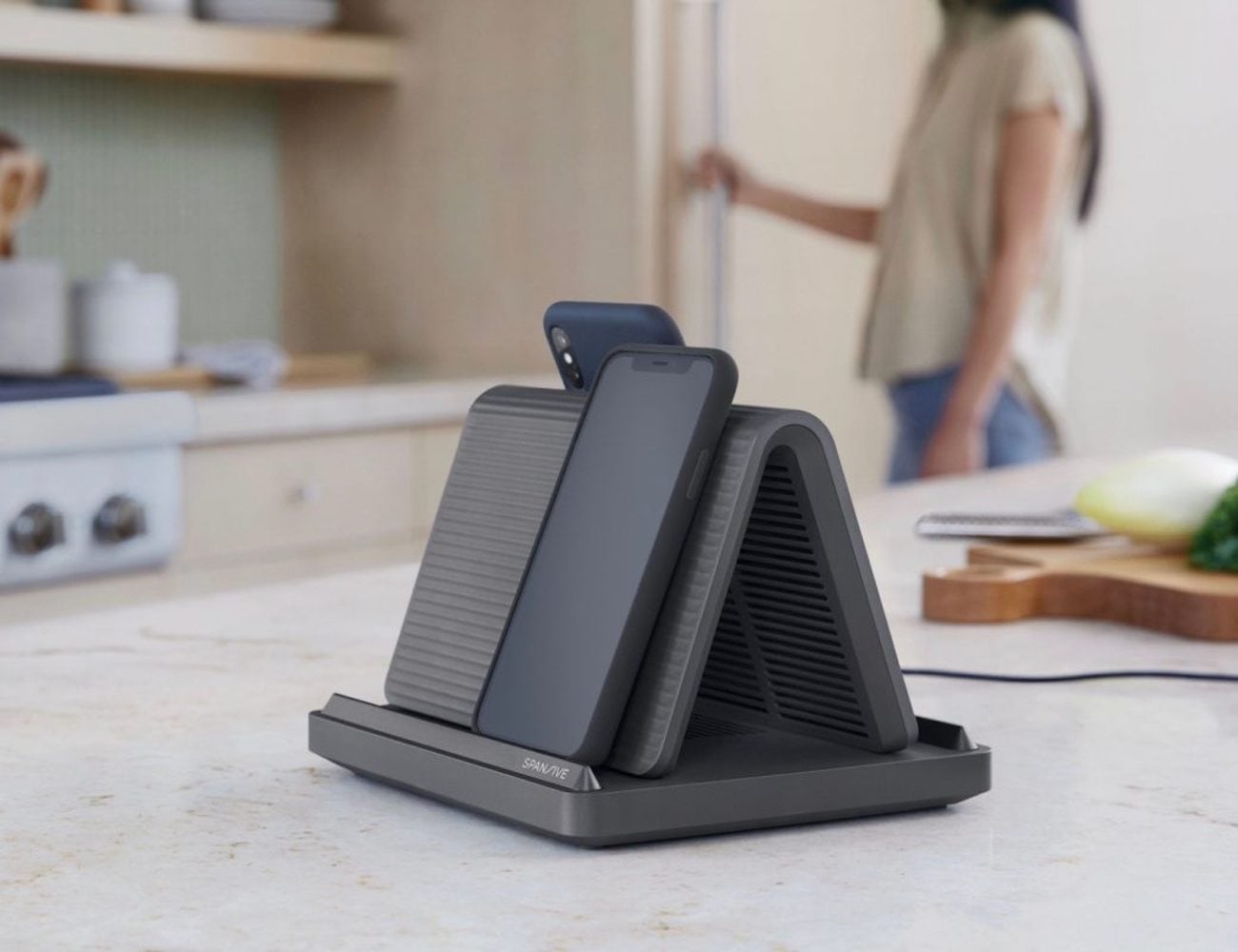 If you want to charge multiple devices but don’t have much counter space, use the Spansive Source Wireless Power Station. This pyramidal structure has a Qi charger on each side and can wirelessly charge up to four phones at the same time. It also has two USB charging ports for an additional two phones and can charge through most phone cases. Still, this device’s revolutionary design is the real standout. Because of its shape, the charging station takes up less than half the space a standard Qi charger would. Additionally, the machine’s built-in cooling system keeps it from overheating, no matter how many phones are charging. It’s also made of non-slip, laser-etched aluminum, so your phone will never fall off while charging.

It has an impressively small footprint considering how much power it delivers.