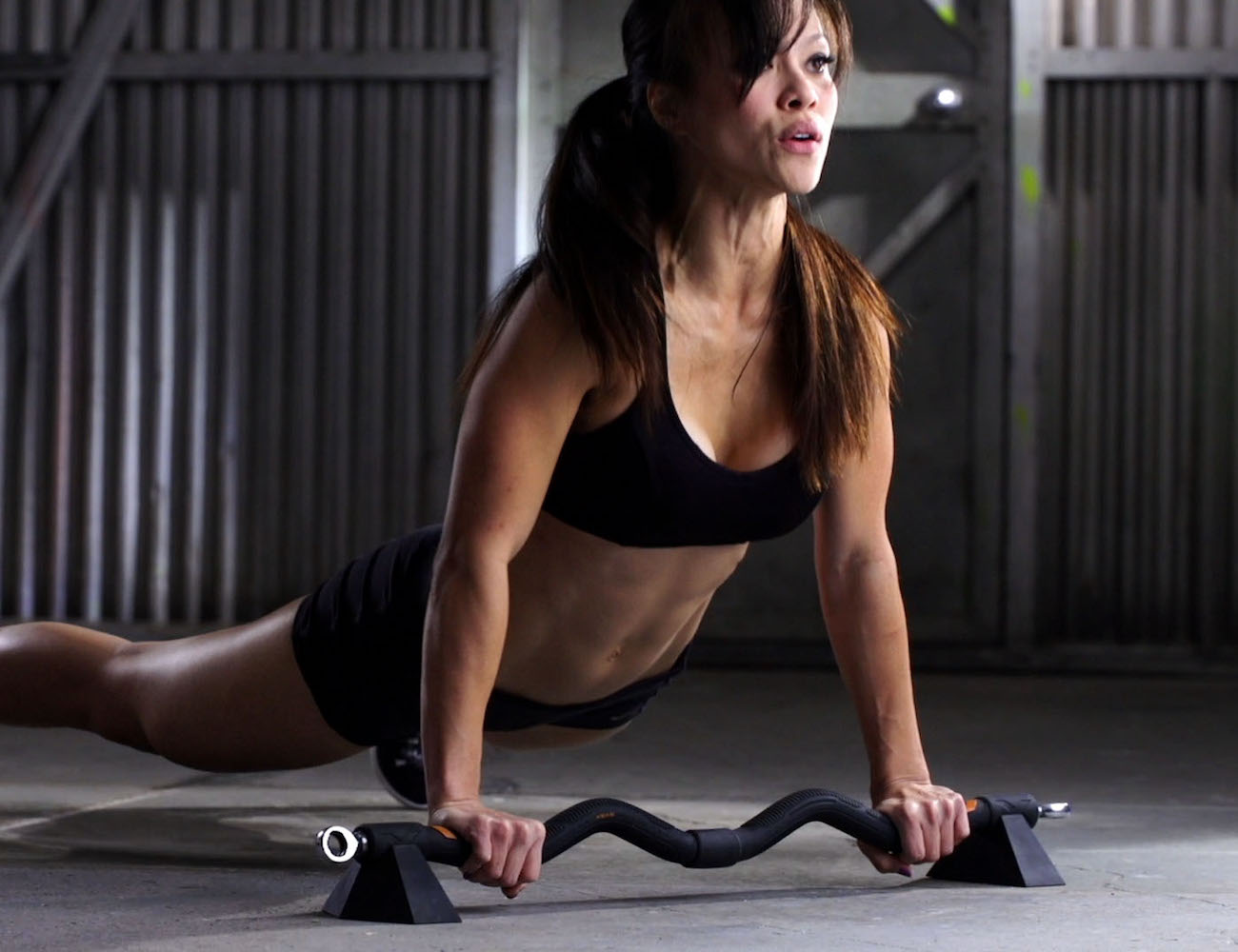 Damian Sanders, one of the true pioneers of professional snowboarding, will soon release his revolutionary fitness product on Kickstarter, the XBAR. The XBAR is a cutting-edge and dynamic exercise device that allows the user to perform over 100 different exercises..
Mark Myerson
FitnessSports
3

Damian Sanders, one of the true pioneers of professional snowboarding, will soon release his revolutionary fitness product on Kickstarter, the XBAR. The XBAR is a cutting-edge and dynamic exercise device that allows the user to perform over 100 different exercises in the comfort of their own home. By combining a highly modified curl-bar with an innovative push-up bar, Damian has created a workout tool unlike any other. Damian Sanders has spent most of his professional career pushing boundaries in extreme sports. In the late 80’s and early 90’s, Damian was the original rock-star snowboarder. Famous for his big airs and even bigger lifestyle, Damian rode professionally for over thirteen years and was voted “Most Extreme Snowboarder in the World” for four of those years. In 1996, following a career-ending snowboarding injury, Damian took his enthusiasmand drive in another direction by revolutionizing the nightclub scene in California and Las Vegas, establishing and running some of the most popular clubs of all time. He has also co-produced major events at the Playboy Mansion as well as at many Hollywood stars’ homes. Just as was true in his previous careers, Damian’s passion for pushing the envelope of every industry he gets involved in shows in his latest endeavor, the XBAR.

Get it forGet it for $139.99
XBAR Fitness
Add Reminder
Add to Collection
Share it
Gadget Flow Rating 9.4/10
View Product Specs
Discovered on Feb 8, 2014, 8:00 am EST
Discovered by Mark Myerson
Report this