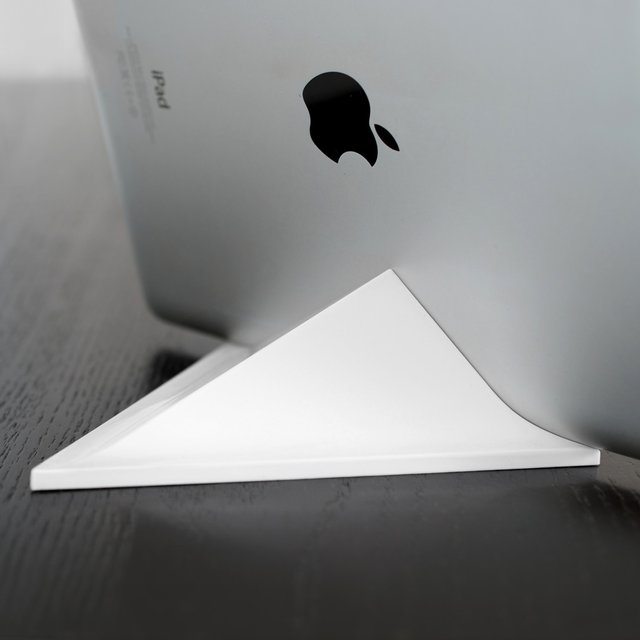 The Facet Magnetic Pyramid iPad Stand from iLoveHandles is a simple but brilliant application of geometry and the laws of physics. With three angles and a magnetic base, it will hold up your iPad at the right angle on your..
Weston Lanpher
Cool GadgetsiPad

The Facet Magnetic Pyramid iPad Stand from iLoveHandles is a simple but brilliant application of geometry and the laws of physics. With three angles and a magnetic base, it will hold up your iPad at the right angle on your desk, couch, bed and just about anywhere you want. The Facet can’t actually hold the iPad up at a full right angle, but it does allow for angles of 35°, 55°, and 75°. The best part is that unlike other stands, the small and compact Facet doesn’t intrude on the iPad’s visual appeal in any way. It is invisible to anyone facing the iPad, and virtually melts into the iPad’s back side if the colors match. The Facet comes in both black and white, and is made of ABS plastic.