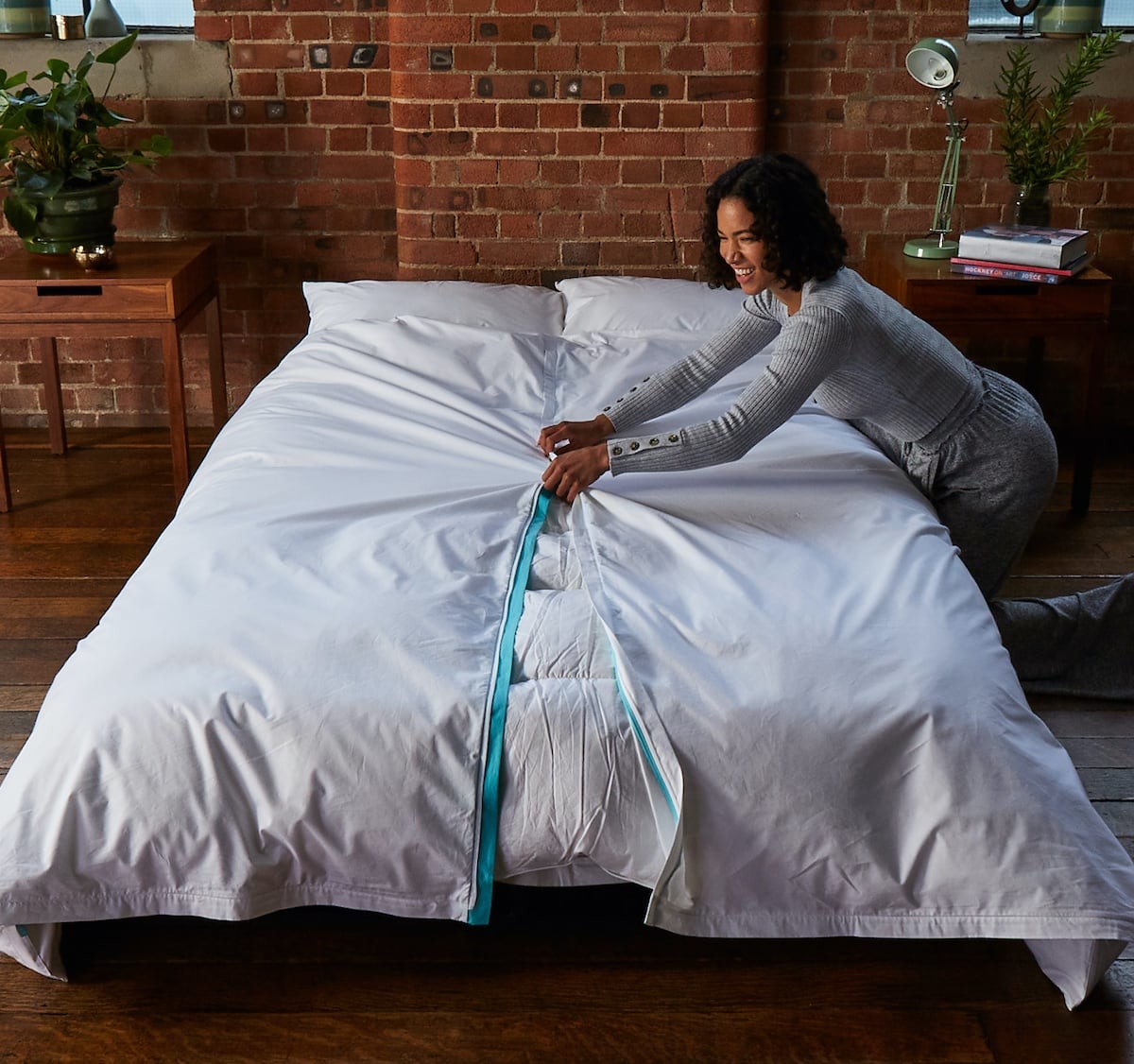 Made of 100% natural cotton, the Koa Cover Inventive Duvet is not only easy to use but also super comfortable to sleep under.
Genevieve Healey
BedtimeCool Gadgets

Changing the bed can be a real hassle—especially when you have to fit your duvet inside its cover. Well, it’s time to say goodbye to that struggle with the Koa Cover Inventive Duvet. This duvet cover makes changing your sheets so much easier and faster. That’s because it has central zippers that open wide, so you can get your duvet out without the hassle. Because of this, you won’t put off changing your sheets as much. When you’re making the bed again, just lay your duvet inside the Koa Cover and zip it up again. That’s it. No climbing inside or annoying lifting of your entire comforter or broken buttons. And you can easily tie the corners to keep your duvet from bunching up. Made of 100% natural cotton, the Koa duvet cover is cozy to sleep under, and its 200 thread count will keep you comfortable all night long.