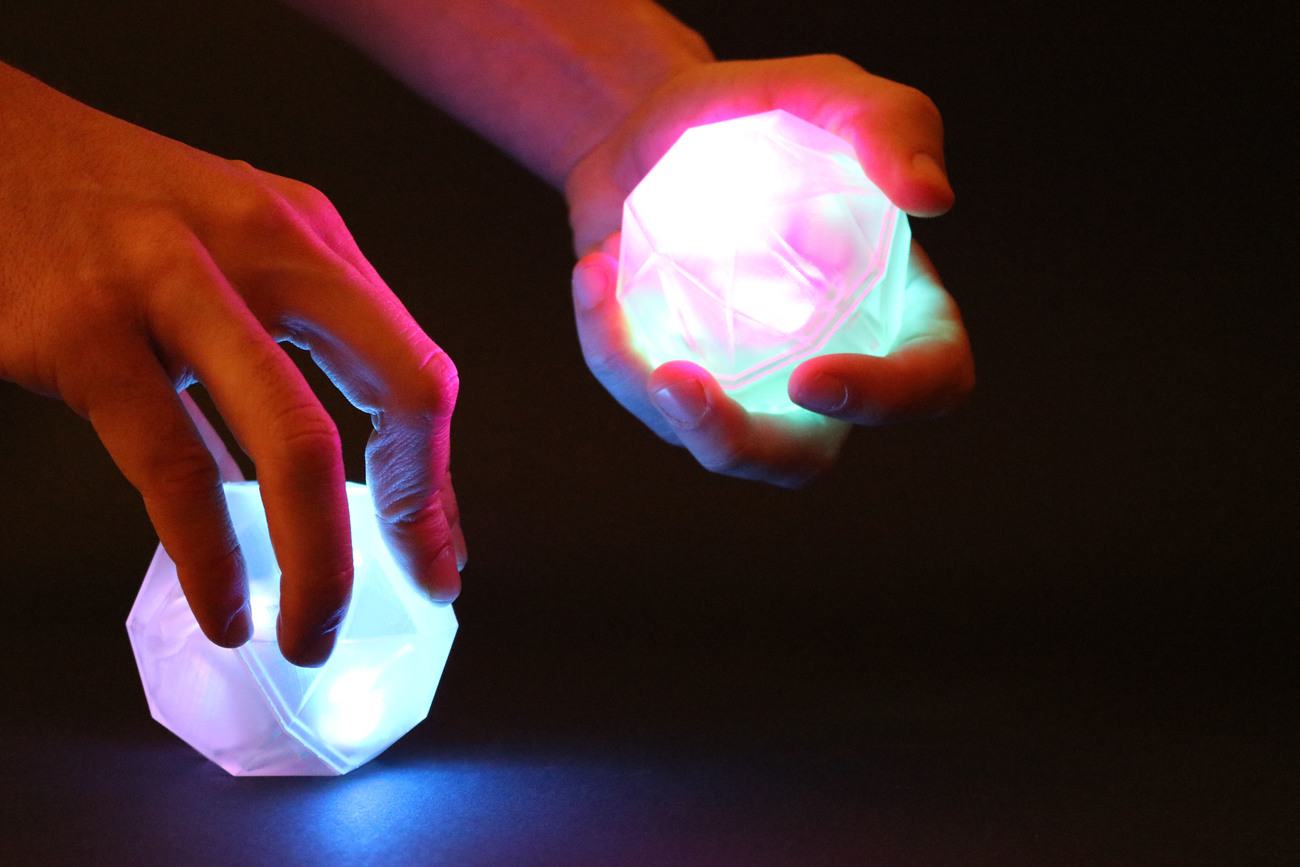 OTO – Touch The Shape Of Sound

OTO is a geometric musical controller that lets you touch the shape of sound. Play synths, control a DAW, generate visuals, and more. Sonic Geometry makes geometrically intuitive audiovisual controllers. Their aim is to make products that tactilize the relationship between..
Michael Cheng
Music Accessories

OTO is a geometric musical controller that lets you touch the shape of sound. Play synths, control a DAW, generate visuals, and more. Sonic Geometry makes geometrically intuitive audiovisual controllers. Their aim is to make products that tactilize the relationship between tonal and geometric structures in a way that is both intuitive and profound. OTO comes from the Japanese oto-no-katachi, which translates roughly in English to the shape of sound. Though an apparent oxymoron, the team feels that this captures their product perfectly. As with OTO, sound is no longer only wavelengths: it has a tangible physical form. OTO began as a masters’ thesis project at the Berklee College of Music. Unsatisfied with any of the two-dimensional control interfaces already available on the market, they sought to create a new, three-dimensional paradigm that physicalized the relationship between form and sound in a novel and exciting way: they wanted to give a shape to the sounds they produced.

Get it forGet it for $79
OTO – Touch The Shape Of Sound
Add Reminder
Add to Collection
Share it
Gadget Flow Rating 9.8/10
View Product Specs
Discovered on Nov 9, 2016, 4:00 pm EST
Discovered by Michael Cheng
Report this