Dash XL Is Here for Truckers 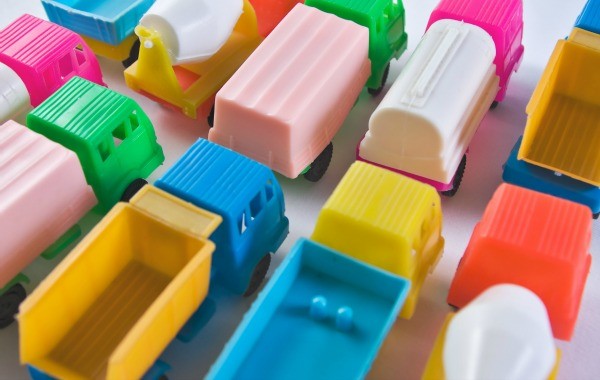 Smart-driving company Dash has announced a new product, Dash XL, which is geared toward truckers and other commercial drivers. The product can be used to comply with upcoming electronic logging regulations, and can help keep trucks running smoothly.

Dash comes in two parts: a Bluetooth-enabled On-Board Diagnostic (OBD) device that collects information from the car’s computer, and an app that analyzes that information. You can purchase an OBD device through the app or the Dash website, but any device with Bluetooth capability will work.

Dash performs a variety of functions that are normally handled separately. It can record your trips and track your gas usage. It can interpret warning codes from the truck’s computer, such as what that check engine light actually means. Dash can also find nearby gas stations and mechanics, showing you gas prices as well as the estimated cost of repairs and ratings for nearby mechanics.

Dash can also help you become a safer driver. It can warn you about poor driving behavior, whether that’s braking too hard or changing lanes too quickly. You’ll also receive a rating based on how safe you were, which you can share with friends to compete for the best score.

Dash has also launched an initiative with the New York City Department of Transportation and Allstate to use this tracking to save drivers money. Participants in the new Drive Smart program can receive discounts of up to 30 percent on an Allstate insurance policy by demonstrating safe driving through Dash. The initial pilot program is only open to 400 drivers, but the concept will likely be expanded upon in the coming months. For drivers participating in the program, information from OBD devices will be relayed not only to the Dash app, but also to a secure server which records that data for Allstate and the DOT.

Dash XL adds additional features designed to maximize productivity and safety for commercial drivers. In addition to providing information about one truck to its driver, the app tracks multiple vehicles simultaneously and consolidates that information, providing the fleet manager with a comprehensive view.

Dash XL is also designed to comply with upcoming Electronic Logging Device (ELD) regulations, which will require all commercial vehicles to be equipped with an OBD. Current hours of service regulations prohibit commercial drivers from exceeding a specified number of hours per day and per week of driving. They also mandate the length of rest periods.

These hours are required to be tracked and logged, but the current system isn’t completely effective, and drivers around the country still rack up millions of dollars in fines each year. ELD regulations require tracking information obtained directly from the vehicle’s engine to be shared with the fleet manager in real time. This allows the fleet manager to immediately address a driver exceeding regulations to prevent fines for violating hours of service rules.

Many large trucking companies already have dedicated fleet management devices installed on their vehicles. Therefore, Dash is focusing on smaller, owner-operated companies, at least initially. Fleets containing 10 or fewer trucks are ideal, as their fleet-management costs don’t benefit from economies of scale in the same way as a larger fleet would. Eventually, the company hopes to gain market share by virtue of being less expensive, easier to install and more user-friendly than traditional fleet-management systems.

The Future of Commercial Driving

This is far from the first time new technology has been adapted for commercial driving. Technology has affected everything from how drivers plan routes to how trucks are weighed at weigh stations. As technology and its implementations continue to advance, we’re sure to see further changes in the trucking industry as companies take advantage of new ways to increase safety and productivity.