Lumir K is the LED lamp that needs no batteries

Light is a valuable resource when you’re camping or exploring at night. Long after battery-powered lights fade, the Lumir K LED lamp will keep going — powered by nothing other than cooking oil. 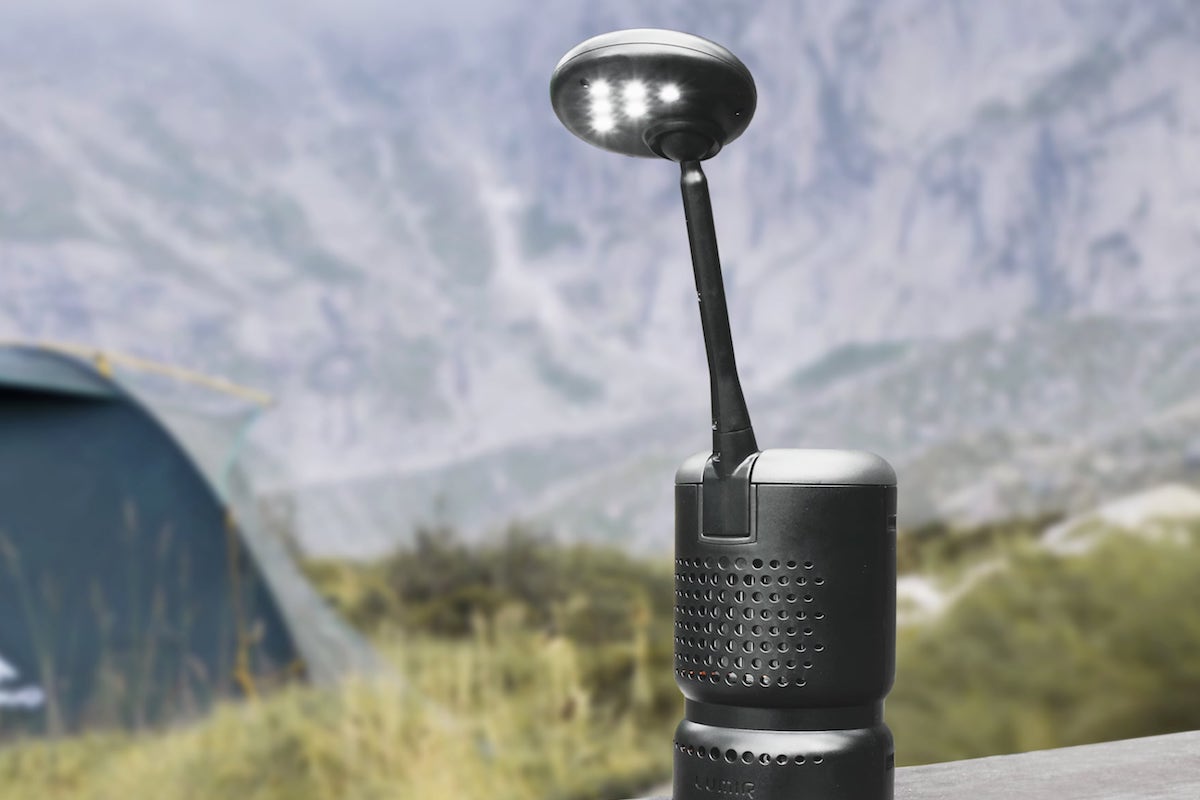 There’s something very liberating about camping. Instead of being tied to the daily grind, you can operate at a more natural pace. Without access to Wi-Fi and TV, you are forced to relax and soak up your surroundings. The sun wakes you in the morning, and evenings are spent talking or playing cards around the campfire.

That’s not to say it’s all plain sailing. When the weather closes in, you may have to spend long evenings cooped up in a dark tent. In such circumstances, a good light source is essential. Powered only by cooking oil, Lumir K is an LED lamp that you can rely on. It’s green, bright and very compact.

How do you power an LED lamp with cooking oil?

For many years, campers have used kerosene-powered lamps to see after dark. They are quite bright and relatively small, but bringing a naked flame into your tent isn’t ideal. 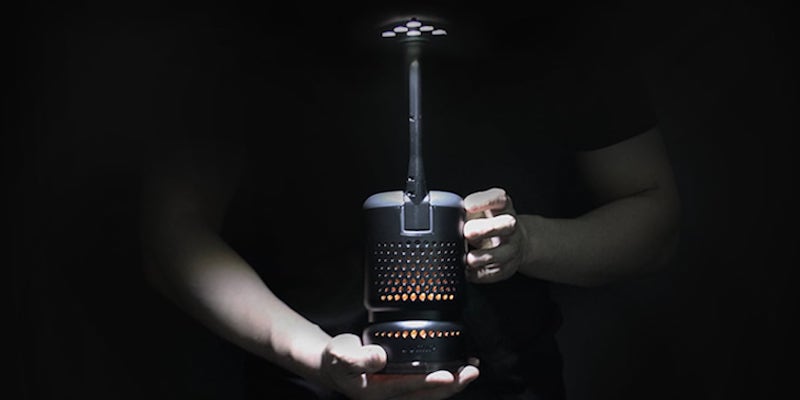 In comparison, the Lumir K takes a slightly smarter approach. This lamp also burns fuel to create light, but the flame is contained within the lamp. Furthermore, this small fire isn’t your actual light source — it simply powers the built-in LED lights. 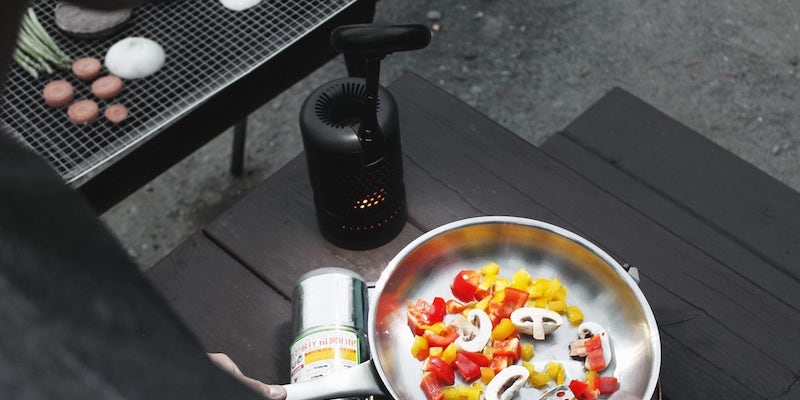 Light and cook with the same oil

Lumir K runs on any kind of cooking oil, whether that’s sunflower oil, olive oil, coconut oil, or something else. This means that the same stuff you use for frying your eggs in the morning will power the lamp at night.

[tweet_box]Long after battery-powered lights fade, the Lumir K LED lamp will keep going — powered by nothing other than cooking oil[/tweet_box]

One month of light

You may be wondering exactly how much oil you’re going to need for this LED lamp. The answer is, not a lot. 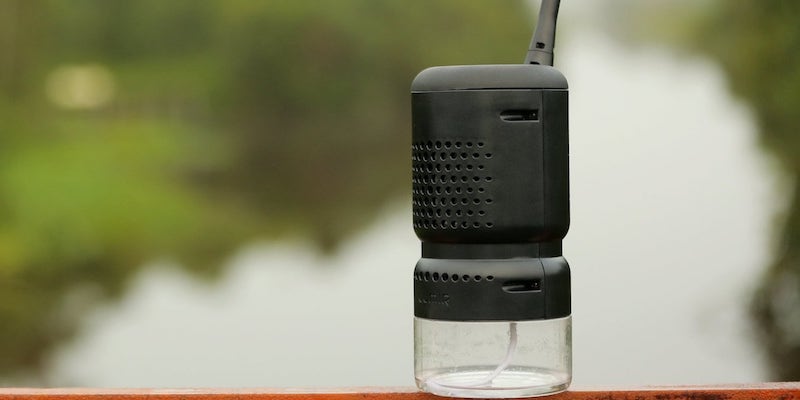 Just one liter (34 fluid ounces) is enough to power the Lumir K for a whole month. What’s more, the lamp is 100 times brighter than a candle. This means you can read and play games without worrying about running out of fuel. 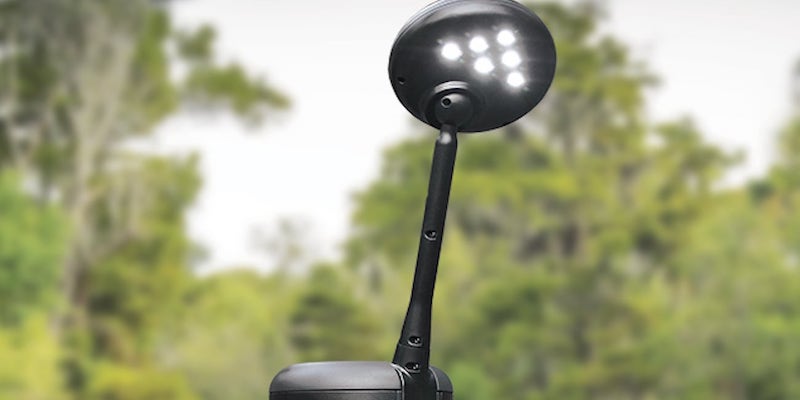 The light arm is adjustable

The design of the lamp is also impressive. Those LED lights are mounted on an adjustable head and arm, which can fold down for transport. The lamp is surprisingly lightweight, and it’s designed to last at least a decade.

“Lumir K converts the small thermal energy of cooking oil into electricity and it turns on the bright LEDs. This amazing lantern will light up where you want and it will make an impact on the world where it is needed.” — Lumir on Indiegogo 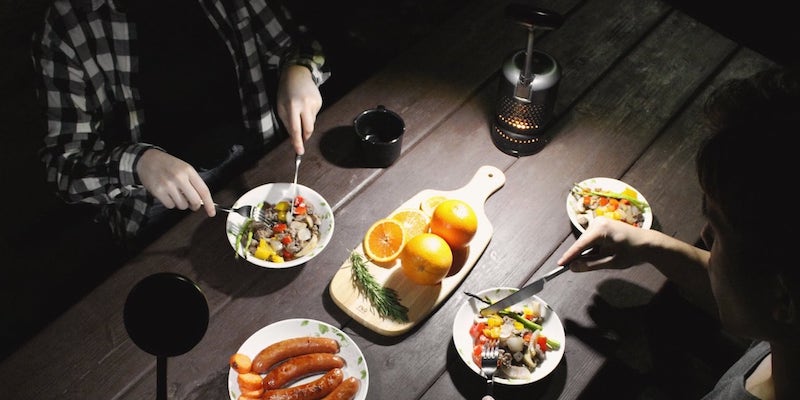 We’d love to know what else can be powered by cooking oil. Phone chargers, perhaps?