Nanoform is an Archiving Disk That Will Last for Generations 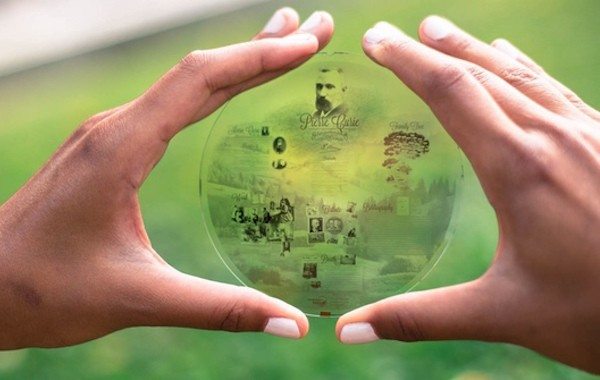 There was a time, not very long ago, when you could store files from your computer on things called floppy disks, and record music onto things called cassette tapes. But as with countless other forms of digital storage, these venerable formats quickly died at the hands of more convenient upstarts. As a result, countless files are probably lost for ever.

To counteract future incompatibilities, one French startup named Fahrenheit 2451 has invented a kind of disk which it believes will make digital media almost immortal. The Nanoform is made from two pieces of synthetic sapphire, fused together without glue. Between them, you can store pixel-perfect recreations of up to 2,500 precious images and documents in miniature form — hence the name — on a wafer-thin sheet of engraved sapphire.

The claimed longevity of the Nanoform can be attributed both to its construction, and its method of storage. The sapphire from which it is made is the second hardest material in the world after diamond, as well as being resistant to fire, water, and even acid. Given that the media inside is purely in visual form, the only technology future generations will need in order to access it is some form of magnifying equipment. 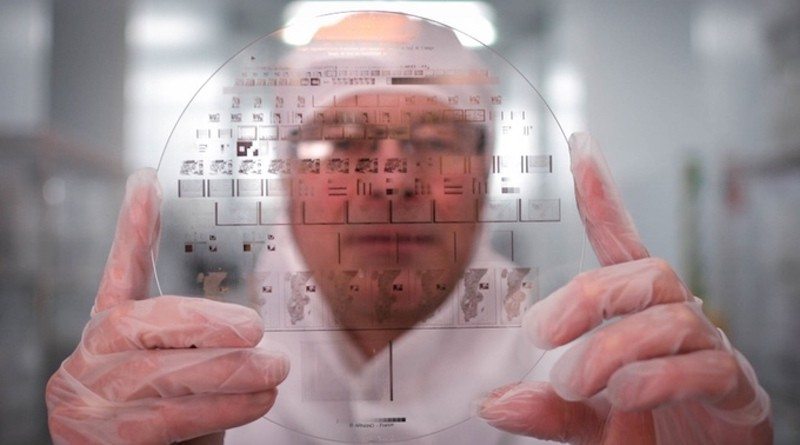 The quality of the storage is also impressive. On a prototype, the team behind the Nanoform put the entirety of Tolstoy’s War and Peace onto an eight-inch disk, with copious room to spare. Furthermore, it is possible to create artistic shapes from the sapphire, meaning the same archival functionality could even be put into a wedding ring or a pendant.

The product is currently raising funds on Kickstarter, and early-bird backers can secure a one-inch medallion version for €130 (approx. $142), with the range going all the way up to the four-inch version at the early-bird price of €564 ($615).

You can find out more about the Nanoform over on Kickstarter.