For those of you who have never heard of Gadget Flow before, it’s a product discovery platform that helps you discover, save, and buy awesome products. On this blog post, we’ll describe how, in the middle of the economic crisis and by using no capital, the founders managed to develop their company and generate more than 300,000,000 visits, hire 28 people, get 7,000+ customers, and promote products for the likes of Creative Labs, Polaroid, and Sony.

Everything started in an apartment in 2012, not in a garage like many startups stories do. Three friends, all aged 21, were working on a design inspiration blog and curating content for designers and artists. They were publishing new content almost every day, and the blog was generating a few thousand dollars every month just from sponsored posts and banner advertising. It was a way for them to stay creative and it also brought in some revenue.

Evan Varsamis, Cassie Ousta, and Mike Chliounakis met in BCA college in 2009 in Athens, Greece where Mike was studying marketing while Cassie and Evan majored in shipping and finance. They were meeting after class almost every day to work on their blog, write new content, and find potential advertisers. While searching online for fancy products to do a roundup feature on the blog, they were having a hard time finding unique content. And, with that, they started a brainstorming session to figure out a better way to discover quality products online. A couple of days later, on August 15, 2012, The Gadget Flow was born.

Evan, Cassie, and Mike started by developing a simple website, and they purchased a theme from ThemeForest as well as shared hosting and had a domain name with GoDaddy. Within a few hours, everything was in place, and the hustle for new content began. The idea of Gadget Flow was, and still is, to simplify online product exploration by introducing fresh, new content daily. In just two days the team discovered and published more than 150 products from third parties as well as Amazon and Etsy. Each product page consisted of high-quality photos, a title, a brief product description, and was finished with a “Buy Now” button that took the visitor directly to the seller’s website. After a few days, they created their Facebook Fan Page, newsletter list, and Google Analytics account. Gaining momentum, in just a week they successfully published nearly 300 products on their website and realized that they were able to organically generate more than 10,000 visits to their product pages. Evan started to work on a couple of growth hacking techniques and cross-promotion with other websites and Facebook fan pages (back in 2012, the organic reach of Facebook Fan Pages was more than 10%) and in a couple of months, the website generated an incredible 100,000 visits. People loved the idea of being able to discover new curated products on a daily basis, and they shared the website so others could do the same. The Gadget Flow team started doing some affiliation with Amazon, and they added banner ads via buysellads.com and Google AdSense, all which produced a four-figure revenue after just three months of going live.

They were spending a couple of hours every day generating content for the Gadget Flow, and Evan and Cassie were also working part-time for a shipping company to get some experience from the corporate world. Meanwhile, in early 2013, the team opened a media agency to help companies with their digital advertising goals, web development needs, and social media strategies. Mike was Head of Operations and was managing the majority of the agency’s customers. After hiring their first developer, John Antoniou, in mid-2013, they decided to start working on a website redesign as well as launch an app for iOS. A few months later, they launched Gadget Flow 1.1 complete with a redesigned, custom UI that people loved. The new design increased time on site by 60%, page views per user by 200%, and revenue by 140%. Realizing the potential, this site had become more than just a hobby for the team, and it needed more attention. After just a year, they closed the media agency and started to work full-time on The Gadget Flow.

Come early 2014; the team had been trying to cope with the website’s demanding tasks. To keep up with their growth, they spent weeks looking for the right people and hired their editor as well as a couple of blog authors to help them generate content faster. Next, they added an iOS developer and an Android developer to the team. According to Evan, “with a startup, cash is king and therefore you have to be careful about who you hire and why you are hiring them.”

He goes on to say that they always hired a new team member when they were “at the edge of a burn-out – we wanted to be sure that we need one more member and weren’t just wasting our money.” They applied this method to every single one of their hires and today their team consists of 22 people from the United States, United Kingdom, India, Ukraine, Greece, and the Philippines. Evan, currently the founder and CEO, always wants to be on top of things and stay involved. He was and still is the impetus behind the UI and development of future versions, monitoring the sales department, occasionally doing customer support, and trying to keep the team synchronized on a daily basis. 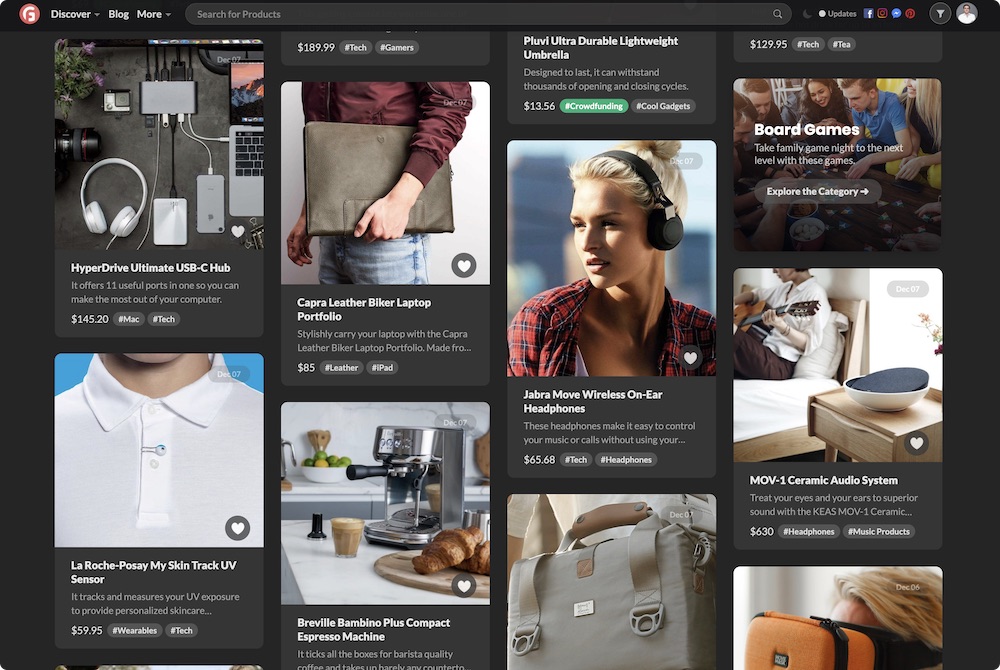 As he explains, [tweet_dis] “the key strategy to keep your team close is weekly meetings[/tweet_dis] with every single team member to talk about their tasks, resolve issues, enhance their workflow, and keep them posted about company goals and achievements.”

This engagement with the team extended to the end user, and it certainly paid off. By constantly listening to their users’ feedback, the Gadget Flow team enhanced their platform, introduced their private and public Wish List feature, and, most importantly, launched sponsorship options for their customers. They began cold-calling and cold-emailing to acquire new customers to get them to feature their products on the site which proved profitable. They took their 130% boosted revenue and used it to hire more developers, migrate to better servers, and use premium online services such as Slack, Podio, Campaign Monitor & others. They then focused on the ever-growing crowdfunding industry, using websites such as Kickstarter and Indiegogo, as they fine-tuned their services and platform to be able to promote projects as well. A few months later, the Gadget Flow team managed to feature most of the major crowdfunding projects such as Trunkster, Jamstik, Rapide Lite 3D Printer, and much more. Evan says “there was a huge opportunity for us, and we grabbed it by the horns because, [tweet_dis]as a startup, you have to adapt or die[/tweet_dis].” Other than crowdfunding projects, they have since partnered with Fancy, Amazon, and many third-party retailers to promote their products in front of millions of potential buyers but without sacrificing the quality of the platform. According to Cassie, “the tricky part was to increase our revenue by getting more customers advertising their products on our platform but without becoming too sales-y for our users.”

Their first public mention was from the Greek PCMagazine and the US Version of PCMagazine followed. Hundreds of blogs organically found the Gadget Flow and also featured it. The site and platform were mentioned on Mashable, Forbes, Huffington Post, Marie Claire, ABC News, and many national and local newspapers. The Gadget Flow team attended the web summit in 2014 in Dublin, and they were also invited to The Next Web in New York City in November 2015 and November 2016 where they named “one of the most promising tech startups of 2016.” Evan also pitched Gadget Flow in an Open Coffee Event in Athens back in 2014.

Still today, they are getting hundreds of notable mentions from brands such as Sony, Bang and Olufsen, Polaroid, Satechi, Creative Labs, and many more.

Entrepreneurship at the Age of 21

Being an entrepreneur at the age of 21 is not easy. It requires determination, planning, high self-esteem, and the will to give up many things. You can’t have it both ways; to be ahead of the competition, you simply have to work more and do more than your competitors. The Gadget Flow team has sacrificed many things to be able to run the company, and they accomplished this at a time when the odds were against them – in the middle of the economic crisis. According to Mike, “seeing hundreds of local businesses closing and people protesting for their jobs and rights is quite challenging. [tweet_dis]We were scared of what was happening in Greece but were also determined to build our brand.[/tweet_dis]” After putting in 18-19 hours a day to get things perfect, “[we] managed to build something that we are passionate about, something we believe in.” 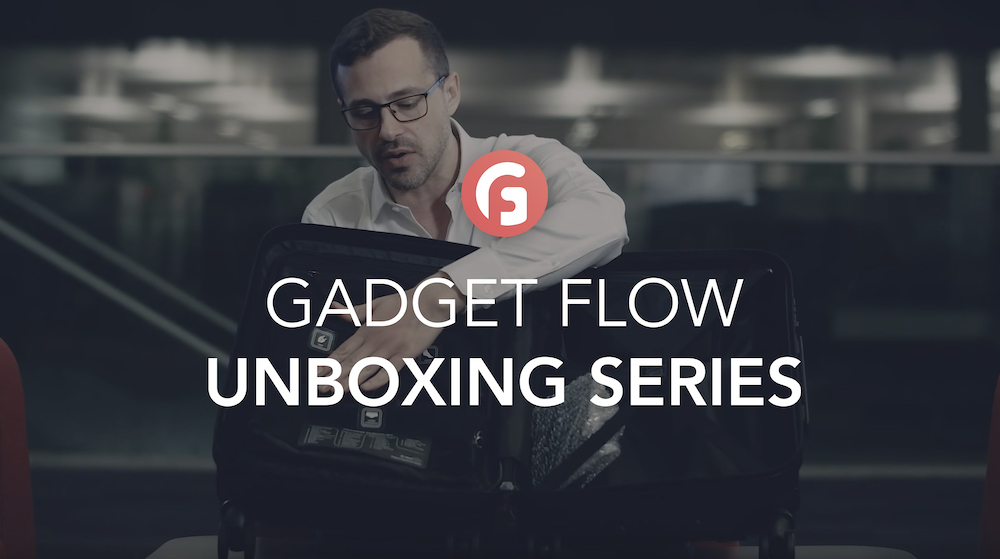 Gadget Flow is self-sustained and growing rapidly on a yearly basis aiming to become the top destination to find unique, high-quality gifts for friends, family, and personal use. Hundreds of consumer electronic products come out every week, and Gadget Flow is the best way to stay updated with the best of them. The Gadget Flow core team has traveled to Osaka, Japan in 2018 for their first team retreat and recently launched their new Unboxing Series with Jonny Caplan in partnership with the Cory Group.

Gadget Flow has earned tens of awards such as Marcom, DotCom, participated in conferences such as The Next Web in New York City, CES and the Web Summit in Ireland and Lisbon, and ranked 200 among the top 360 Entrepreneurial companies in the United States in 2017 and 2018. Gadget Flow has helped thousands of crowdfunding campaigns since 2012 and it’s the second largest Indiegogo partner as well as listed on Kickstarter Experts page. It has been featured on live TV on the NBC’s Today Show and AMC’s News Watch. The iOS app was one of the first in the AppStore back in 2017 that integrated Apple’s ARKit to display products in augmented reality. Gadget Flow has launched its own Accountability and Compliance Scheme to add another layer of protection for its users. They also have their own forest through Treenation and they keep contributing on a monthly basis.

Are you willing to be a part of this venture, too? We are hiring!

Ashley Timms is an editor at Gadget Flow where she gets to write about the most incredible products in the world. When she’s not writing, she’s producing fine art dog photography.
1
Join the Discussion
Popular Blog Posts
Smart workspace gadgets you need to add to your WFH setup Best PS5 external SSD drives out there for gamers Which drone should you buy in 2021? Must-have vacuums for home cleaning Apple Silicon Macs—should you buy the new Macs with the M1 chip?