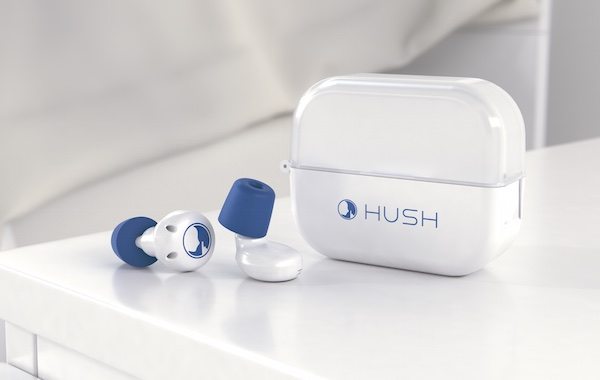 Sleep is an unpredictable, sometimes mysteriously elusive condition. Some people can find it wherever they rest their head, while others search for it every night in vain. However, there are factors which can affect everyone’s downtime, the most common being noise. Whether you live in a loud part of town, or you’re being kept awake by a coastal storm, the outside world is full of unwanted audible stimulation. A new system named Hush not only wants to block these stimuli, but seeks to use soothing sound in the fight against sleeplessness.

Much like the silicone plugs sold in airport shops, the Hush earpieces are meant to stay in your ears all night, acting as insulation against next door’s howling dog and the like. These particular earplugs are capable of filtering out 70dB of din, and the use of memory foam on each tip is designed to make them comfortable enough to wear every night. But the Hush plugs have a techy side to them, too. 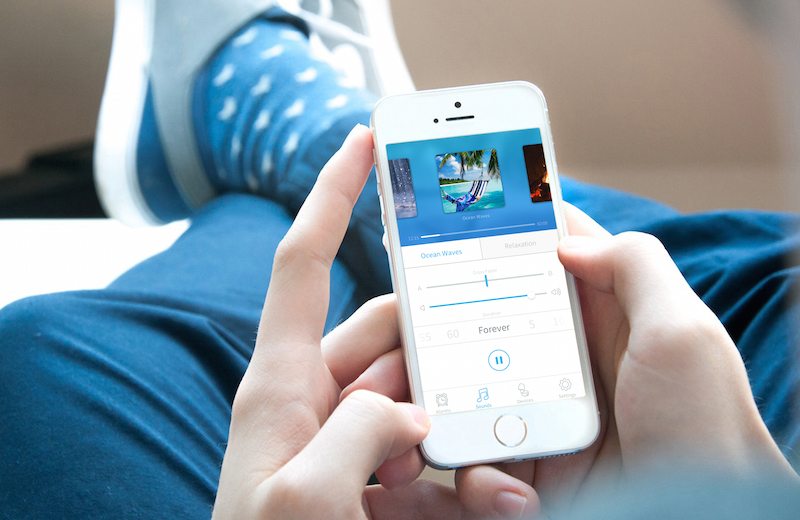 Inside each plug is a rechargeable battery — which powers a Low Energy Bluetooth connection between the plugs and your phone overnight — and a speaker. When combined with the Hush app, this setup allows the wearer to select from a variety of relaxing sounds, such as falling rain or white noise. Alternatively, the app can play back binaural beats — a different pitch played in each ear for calming, or intensifying brain activity. These soundtracks can be scheduled for certain times, such as bedtime or before waking up, and you can opt to hear alerts for (very) important notifications and alarms.

As with most current smart-living technology, Hush comes both with advantages and major inconveniences. On the one hand, the plugs could clearly help regular travelers, and those poor unfortunate individuals who are married to loud snorers. On the other hand, the plugs must be charged every day, although the supplied case does provide ten nights’ worth of charge without a mains supply. There is clearly potential for a product of this kind, though.

With successful Kickstarter funding out of the way, and pre-orders currently being fulfilled, Hush will go back on sale at $150 in the near future.