Periscope Might Start Letting You Draw on Live Videos 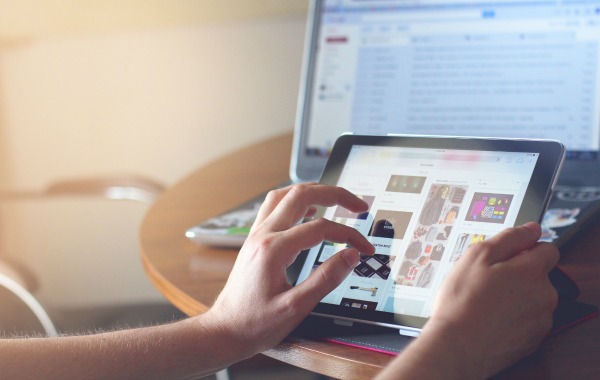 Periscope, which just turned one recently, is a live streaming service that allows users to share their point of view with others. The concept behind the app is relatively simple. Users can share events or live broadcasts with others on the platform, similar to what you’d see on a Twitch stream. However, the service itself is more akin to Snapchat, or a social network.

What makes Periscope special, or at least what the developers hope will make it stand out, is the ability to offer unique features for the service. One of the features the team is reportedly testing right now is called Sketching.

During a live stream or video broadcast, those doing the recording will be able to interact with their viewers through quick doodles. These sketches will only last for a few seconds, before disappearing completely. This prevents the screen from becoming cluttered or messy.

[tweet_box]It may seem silly now, but this feature could be incredibly valuable to streamers. #periscope [/tweet_box]

For instance, you could draw a circle or shape around an object in the nearby environment to draw a viewer’s attention to it. This is great for things like video tutorials, discussions, vid docs or video blogs.

Supposedly, users will be able to select the color for whatever they draw, or even use an eyedropper tool to pluck a color straight from whatever they’re filming.

This feature sounds remarkably similar to the tool that’s available on Snapchat. The biggest difference, of course, is that Snapchat’s doodle feature can only be used on still images.

If you would like to see Periscope’s Sketching feature in action, The Next Web’s Matt Navarra uploaded a demo video to Twitter.

As you’d expect, Periscope is up against a formidable opponent in the form of Facebook Live Video. The biggest threat to the service is that Facebook has a user base that exceeds one billion. Comparatively, Periscope has an install base of about 300,000, thanks to integration with Twitter.

As you can see, the user count for these platforms is massively different, which highlights one of the biggest downsides of Periscope’s service.

If you choose to create live video streams with the Periscope app, you’ll be reaching a much smaller audience than if you had opted to use Facebook’s Live Video.

More importantly, if your plan is to reach people you know, like colleagues, friends or even family members, then Facebook Live Video is also your best bet for obvious reasons. You’re more likely to find those folks on Facebook, as well as gain their attention.

Not to mention: Facebook recently added a Doodle feature for photos hosted on the network. It’s only a matter of time before they roll out that feature to their live videos, as well.

That means Periscope will need to do even more to stand out from the pack — especially if it hopes to truly compete with more than a billion users who could easily launch a Facebook Live video feed on a service they already use regularly.

What Is So Cool About Sketching?

Again, it’s an extremely handy tool for streamers who need to draw the attention of their audience to a particular object or area of whatever they are filming.

To blend things in with the background, they can use the eyedropper tool to select a color from the current filming palette. This is pretty cool in the sense that not many other services offer something like this.

Then again, if you’re trying to draw attention to a particular section of the stream, it makes more sense to use bright and vivid colors instead of something that blends in. Maybe there’s a metaphor in there for Periscope’s business model.