Prizm Is an Intelligent Music Router That Learns Your Taste 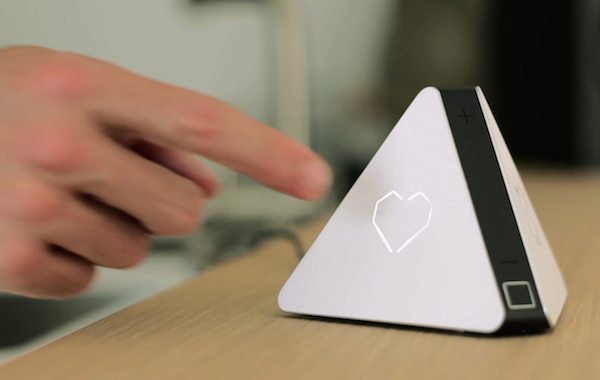 Ms. Trainor might think that music is all about the bass, but for most people, it very much depends on the situation — you might want to relax with some chillout tracks one evening, and party with friends the next. A musical assistant named Prizm wants to make that transition hands-free by learning your tastes and sensing who is in the room. 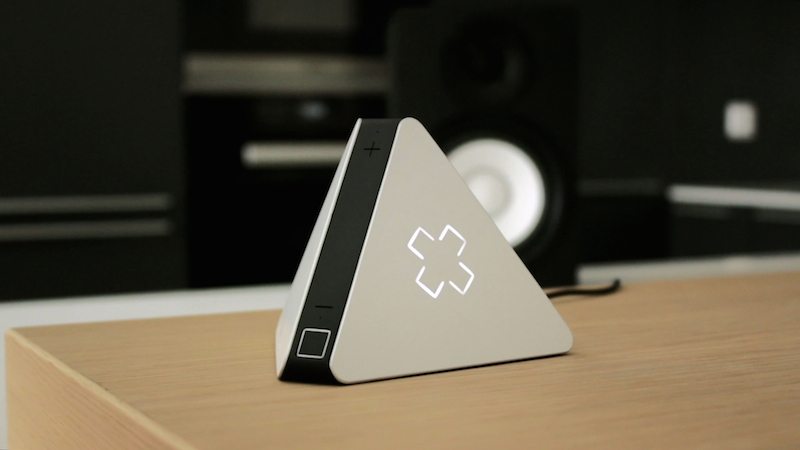 Freshly launched on Kickstarter, the Prizm is really a kind of music router. It hooks up to services such as Spotify, Deezer and Soundcloud, streaming tracks over Wi-Fi, before sending them off to the nearest stereo via Bluetooth, 3.5mm jack, or optical output. But it is no glorified dongle — there is some real intelligence going on in that angular hub. The Prizm is constantly on the lookout for connected devices, and by keeping a record of the MAC addresses it finds, it knows (with a reasonable level of accuracy) who is in the room. Once the music starts flowing you can then tap the like or dislike icons on the exterior of the Prizm, and it will begin to learn your tastes. 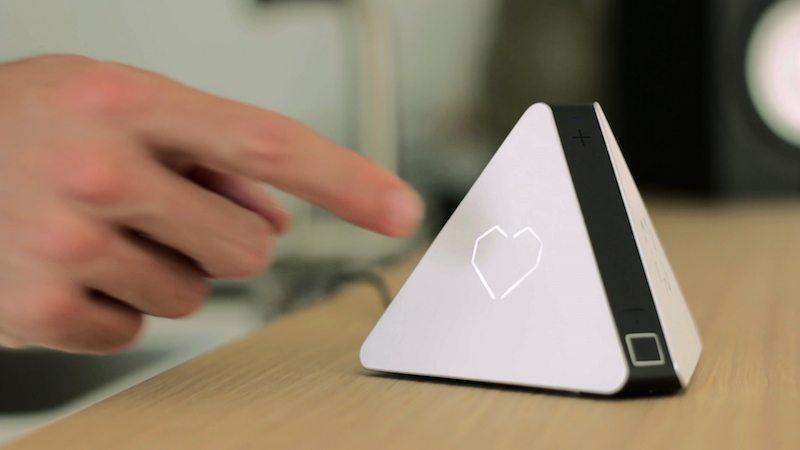 Given time, the idea is that the system will always be able to find something to suit everyone in the room, which should work nicely for house parties or the office soundtrack. That also ties in with how it operates — the only control you have over the music is a start-stop toggle, and the tracks played are a mix of known favorites and new sounds it thinks you will like.

With 27 days of funding still to go, the Prizm has already hit its funding goal, and the current price of the unit for “early bird” backers stands at $119, with estimated delivery set for June next year.