Google’s OnHub Is an Intelligent Router Built for Wireless Speed 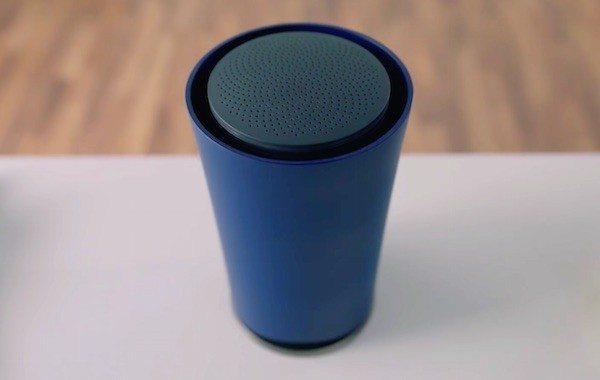 In comparison with a wired connection, Wi-Fi is a very convenient way of accessing the internet around your home. But when it comes to speed, beaming signals through the air is just inherently slower, even without factoring in the real-world interference of other devices and items blocking the signal. To mitigate some of these problems, and make network management considerably easier, Google has developed its own router, named the OnHub. It combines unusually powerful hardware with software intelligence in order to keep all the connected devices in your home happy.

While many routers have two or three antennae for a more powerful reception, Google’s new device has thirteen. That’s six 2.4GHz aerials, six 5GHz aerials, and a congestion-sensing antenna to be precise. Most are arranged in a circular pattern, facing outwards within the OnHub’s cylindrical body, so as to beam out internet in all directions. However, one specialized 2.4GHz antenna sits within a reflector dish which magnifies the output in one direction — perhaps toward your distant study, or a media center.

In the center, the sensing antenna keeps an eye on interfering signals, and the data it collects is used to optimize your network settings automatically. For instance, if one channel is starting to become too popular in your neighborhood, the router will automatically switch to another. If you want to make changes manually, the OnHub has its own app for iOS and Android, which provides status updates in “human” terms. If the router ever encounters a problem, the app simply tells you how to fix it. 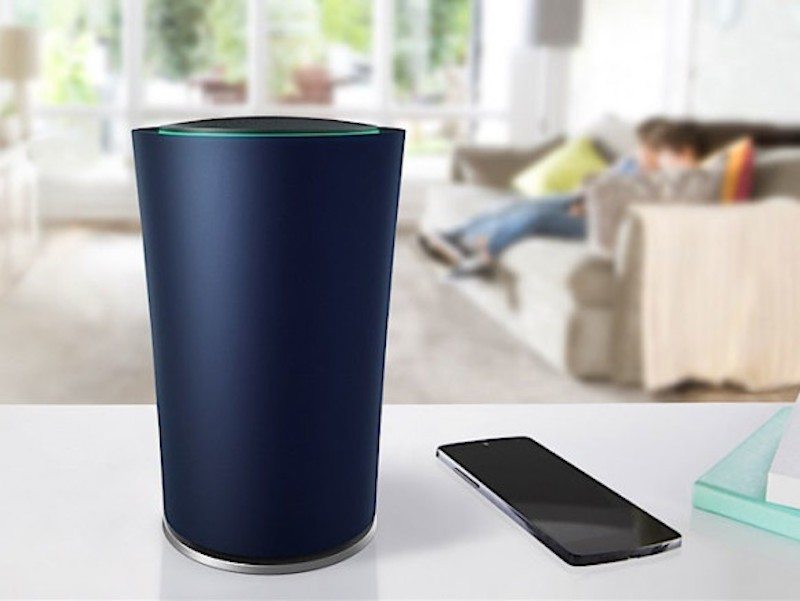 The router also has 4GB of storage space for regular self-improving updates, along with a cooling system, a dimmable notification light ring, and a speaker for pairing with Android devices using an audio code, all packed within a pleasingly sleek shell. Google claims that these features will provide homeowners with considerably faster, hassle-free wireless connection. Furthermore, the router is prepared for the upcoming wave of smart home devices, with Bluetooth Smart Ready, 802.15.4, and Weave connectivity on board. It can support 128 devices simultaneously, too.

At a pre-order price of $199.99, the OnHub will not be compatible with everyone’s budget. However, if it performs in the way that Google intends, it could herald a new standard for Wi-Fi routers.