Tete-a-Tete With Neil Barron, the Creator of the Super Lightweight and Secure Litelok® 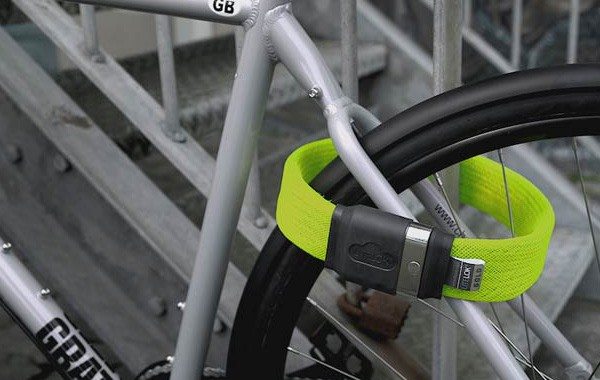 Bike locks are there a many but when you try to judge them based on their security level and weight, there still lies a huge imbalance. Some are secure but too bulky to carry and vice versa. Again, there’s a certain section of manufacturers who have recently taken smart technology under consideration. But even these locks might fail due to a sudden electronic failure. Cyclists are still on the lookout for that ultimate bike lock you can carry in your bag which will be secure enough for your bike anywhere and everywhere. My recent conversation with Neil Barron, creator of Litelok® did focus on this issue and how it could be solved if you get yourself a Litelok®. Here’s a look at the entire conversation which includes some fruitful crowdfunding tips too!

“Neil Barron is an industrial design graduate from the Royal College of Art, London with over 25 years of professional experience.” 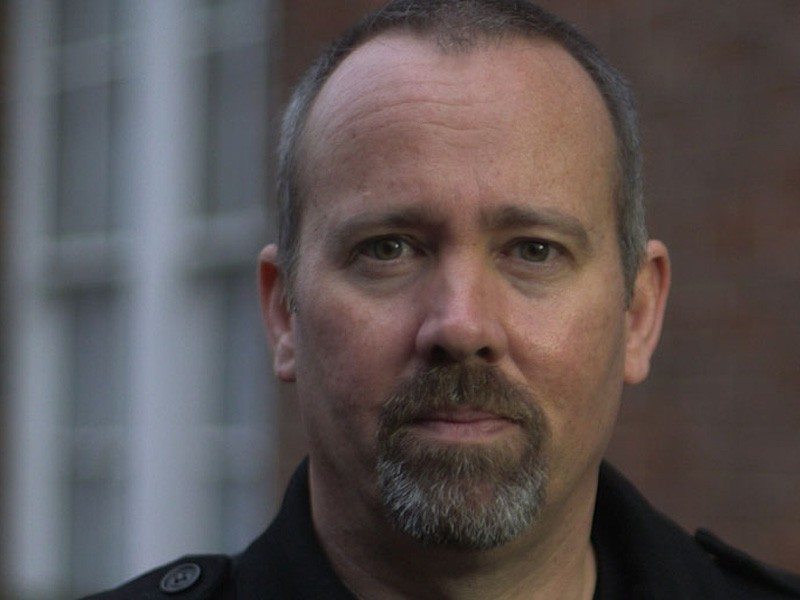 Me: What made you think of coming up with an idea like Litelok®?

Neil: I think the main reason behind this is that there was a gap in the market for something that is light, strong and easy to carry. I’m a keen cyclist, and spent a lot of my time commuting to work on a bicycle but was always really frustrated by my cumbersome locks. While bikes are getting lighter and lighter, secure locks are getting heavier and heavier, it just didn’t seem right. I was passionate about finding a better solution to this, so after many years of research and testing, I created Litelok®. I’ve had 3 bikes stolen so far incidentally – 2 in London.

Me: How difficult was it to promote a traditional bike lock in the world of smart bike locks we have today?

Neil: I don’t think it was that much of a difficulty because I knew there was still a market for the traditional bike locks as well as new smart ones that are coming on to the market. I decided not to go down the smart bike lock route as I wanted to focus on getting the basics right. I wanted to create a lightweight bike lock, that was easily carried on the bicycle or in my bag, and also flexible enough to lock around many different shaped objects. With D or U bike locks, you’re often limited in what you can lock your bike to. And of course I wanted it to be super secure, and as strong as the best locks on the market. We’re not saying no to smart technology forever, it’s definitely something that’s constantly under review. However we think there are a lot of people who want a simple bike lock, that’s lightweight, flexible and secure. 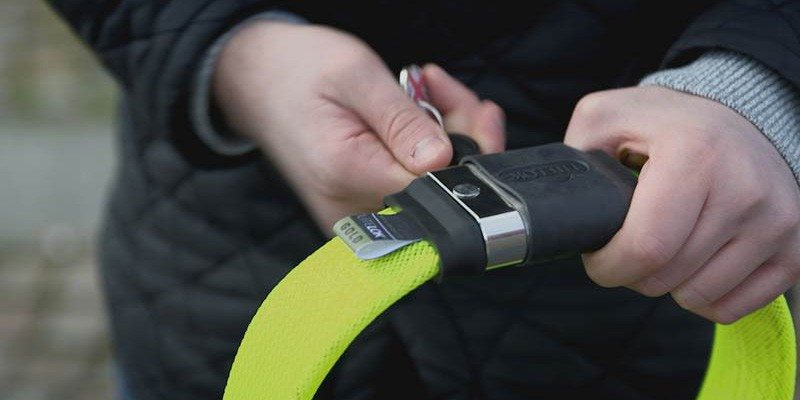 I felt that the smartness was needed in the essence of the bike lock. Don’t forget that beyond the materials and form factor there’s other smart thinking in Litelok® such as a lock mechanism which closes without the key – this should really help people who are used to fumbling with keys around railings and posts but won’t be prone to accidental opening due to any electronic failure.

Me: Why did you choose Kickstarter over other crowd-funding platforms?

Neil: I think the main reason is that Kickstarter is still the biggest crowd-funding site available and it let us reach the biggest number of engaged people. We had seen the previous successes of similar projects on the site as well as the popularity of product design campaigns and thought it was the perfect platform to launch our Litelok®. We ended up with backers from 57 countries and struggle to think of reaching this number of people so quickly in any other way.

Me: What role did social media play in the success of your Kickstarter campaign?

Neil: In short, a large part of it! We think that around 40% of the pledged money came from Facebook shares.

Our principal marketing strategy was email marketing. We used a web analytics tool to find key influencers within our industry, and then reached out to them via email. This included, bloggers, magazines, online publications and just influential individuals. On the morning of our campaign, we sent a personalised email to each of these people just as our campaign went live, and managed to get great responses in the first few hours of the campaign. A lot of these people kindly shared our story on social media, as well as blogged about us. It really helped to get the word out. Then we pushed out any coverage onto Twitter and Facebook. Of course the personal networks of myself and cofounder Will Riley were really important in getting things moving. 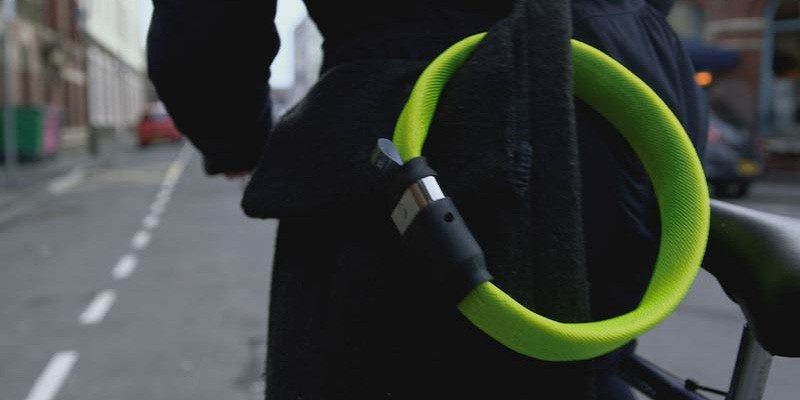 Me: How did you manage to keep up with the queries from your backers?

Neil: The success of our campaign did mean that there were a lot of queries and enquiries from our backers and potential backers. Responding to queries became a full time job for 35 days, but we expected this from hearing of other people’s experiences. It’s so important to engage with Kickstarter backers, and the community in general, so we dedicated all of our time to the campaign. There were a few late nights as well. We held ourselves to trying to respond within 24 hours and I think we pretty much stuck to it.

We are extremely grateful of the support from all our backers and think they deserve quick and detailed responses to their questions. The queries carry on after the campaign ends as well, as backers ask for updates on the project. It’s important to make answering questions, in a helpful and timely manner, a part of the company culture. We also see the backers as invaluable market research ‘partners’ who can help us shape things going forwards. 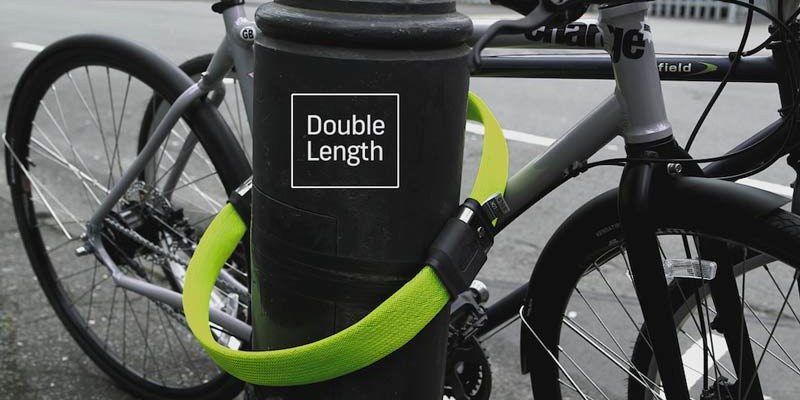 Me: The product photography of Litelok® is wonderful. Would you like to share some tips on the same?

Neil: Many thanks! We thought it was very important to have some great product shots to really help convey our message and product to people – to try to capture as much of a story in each shot as possible. Like our video, we used a local film production company called Zipline Creative who we thought did a fantastic job and were friends of friends which is definitely a great way to find collaborators.

The time-lapse sequences were built to convey that Litelok® is looking after your bike. The gritty urban setting is meant to be representative of many cities around the world.

We isolated the colour of the Litelok® from the surroundings to make it stand out – it came from a conversation between me and Nathan from Zipline about the movies Rumblefish and Schindler’s List so thanks to them for inspiring us!

Me: What are your future plans with Litelok®? Any additional features you may wish to explore with?

Neil: We will be working on getting Litelok® available for the general public as soon as we’ve fulfilled our Kickstarter and pre-orders, however there is no definitive date for this yet.

In terms of additional features to the product, ,we’ve had some great suggestions from our backers on how they feel we can improve Litelok. We had many ideas in mind already but have also taken on board some of the ideas from the crowd. We have secured a stand at Interbike 2015 in Las Vegas, so hopefully we will be able to introduce a few things we have been working on there.

Litelok® is currently available for pre-order starting from a price of £80.00 (approx. $124). A perfect device for modern cyclists. Happy Gadgeting!