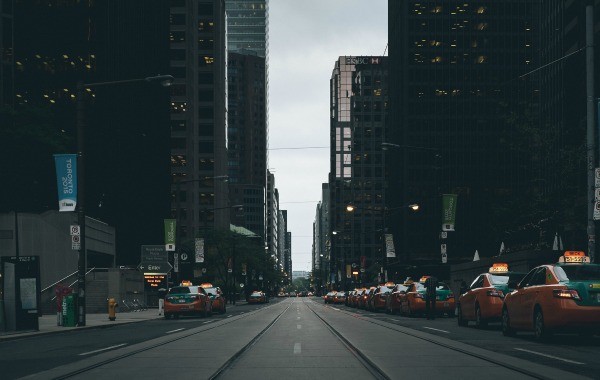 When you think of Uber, what’s the first thing that comes to your mind? It’s probably the idea of a chauffeur or taxi service. This makes sense because Uber is known as a crowdsourced, people-moving service dependent on privately owned taxis.

The private transport company is doing well, even when compared to other ridesharing services. However, those driving the company are trying to break away from the image many attribute to them: They would rather Uber be known as a delivery company than as a mere taxi provider.

Uber isn’t only about transporting humans — it also wants to move goods or physical products. Even more importantly, Uber is constantly collecting information about the way cities work and how the company can make its processes more efficient. This data can be rolled into a delivery strategy for just about anything — human or otherwise.

Jo Bertram, the regional general manager for the UK, Ireland and Nordic regions at Uber, spoke with WIRED recently about the company’s upcoming plans. They have a working scheme to introduce on-demand delivery for customers and businesses alike.

The idea is to allow local restaurants and businesses that otherwise wouldn’t deliver their goods to do so through Uber’s service. Such a service could have an incredible array of benefits. The tweak could allow consumers to get their hands on products that might be out of their local area or range, but it would also cut down on the number of commuters — and the congestion — in major cities.

“Our mission is to make getting anything in your city more convenient, affordable and reliable than picking it up yourself,” says Bertram.

Through UberRush, local restaurants, shops and other service providers can deliver on-demand products for a reasonable cost. This allows the service providers to expand by stretching their influence while still bringing in more business and revenue.

The implications for Uber’s move to deliver products stretch far: Uber has already offered on-demand flu shot services — for 10 dollars — to residents in Boston, New York, Washington and Chicago. During the promotion, a well-placed call through Uber resulted in a nurse showing up at one’s home or office to deliver an on-demand flu shot.

The flu-shot campaign was so successful — with over two thousand vaccinations delivered — that Uber has doubled up and plans to deploy more than 10 thousand flu shots in yet another campaign.

Few would have imagined a service like Uber deploying flu vaccines on such a wide-scale. Yet it is not only possible — it has even been done more than once.

As Bertram says, “We already provide the ability to get a car at the touch of a button. Now imagine if you could use that same network of drivers and allow you to also get other things.”

Delivery of vaccines, groceries, alcohol — especially for those who are already inebriated and shouldn’t drive — medicines and food are all possible. Taking these options a step further, portable medical services, item and parcel transport or even moving services could all be provided through Uber’s platform. Of course, this is only scratching the surface.

Uber clearly has long-term plans. Nothing is set in stone, so it will be interesting to see what Uber does in the future as its “delivery” service evolves.