Are Next Gen Fitbits Happening? 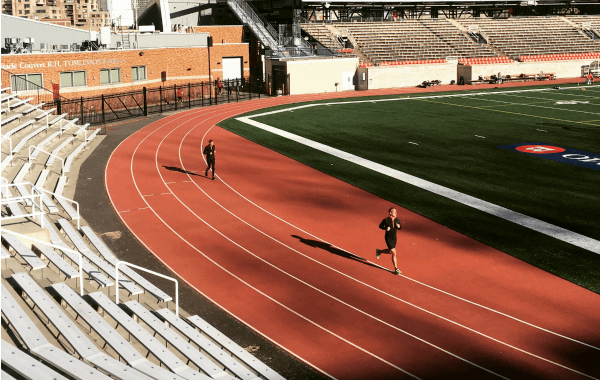 These days, just about everybody who takes working out seriously has some sort of fitness tracker or smartwatch to track his or her activity. And when it comes to fitness tracking apps and devices, Fitbit is one of the industry leaders.

Earlier this year, Fitbit released the Alta and Blaze models, higher-end products that generally received mixed reviews. Later this year, the company is expected to return to its roots a bit with a pair of updates for its older devices.

Here is a look at which products appear to be on deck, along with the features they may boast.

Fitbit has yet to officially announce anything, but a little internet sleuthing has helped to shed some light on what its plans may be.

The wearables rumor site Wareable reports that Fitbit is beta testing two new devices, codenamed Laryon and Fermion. Testing teams have been ultra-secret about the new devices — a common practice for the fitness tracking company.

Furthermore, earlier this year, Fitbit filed trademarks with the U.S. Patent and Trademark Office for the Fitbit Flex 2 and the Fitbit Charge 2, leading most in the industry to surmise that those are the models it’s currently testing.

Whether that’s the case is still to be determined, but either way, the new products are expected to be revealed at the IFA Global Markets event in September in Berlin.

[tweet_box] New Fitbits are expected to be revealed at the IFA Global Markets event in September.[/tweet_box]

What We Already Know

Despite the rumor mill, Fitbit hasn’t even said that it intends to actually release the new devices this year. Since that’s the case, it also hasn’t indicated what the new features would be, and there’s been very little speculation on the subject.

What we do know is what the original Fitbit Flex and Charge models have to offer.

The Fitbit Flex is the simpler model of the two. It includes a thin line of five LED dots, which indicate how close you are to achieving your daily fitness goals. The model, which comes in 10 different colors, monitors your steps for the day and also tracks your sleep time.

Meanwhile, the Fitbit Charge is a little more complex, perhaps somewhere between a basic fitness tracker and a full-featured smartwatch. The Charge model tracks steps, distance, calories burned and floors climbed. It also has an OLED display that shows the current time, daily stats and caller ID when connected to your smartphone.

The Fitbit Charge may have more features than the Flex, but it comes in fewer colors — just four.

What the Future May Hold

Assuming this year’s next-gen Fitbits will be the Flex 2 and Charge 2, the speculation is that each will build on the solid foundations they already have.

Also, as Fitbit’s fitness app undergoes more and more improvements, the technology components inside the devices will likely receive an upgrade in order to keep pace.

Furthermore, it wouldn’t be a surprise if both the Flex and Charge models received aesthetic upgrades: perhaps sleeker, more streamlined designs and more colors to choose from for each.

Fitbits are already known for their solid battery performance, but it wouldn’t be farfetched for the new devices to feature even longer battery life. Also, current models feature a basic level of water resistance, but users who would like to work swimming into their trackable workout routines would no doubt welcome a fully waterproof model.

Like all top-level technology companies, Fitbit will aim to keep its status as the most popular fitness tracker on the market. The addition of these features would help it do so, but we won’t really find out until the devices are unveiled later this year.