Want to create something? Hexbot can do it for you

Thus far, helpful robotic arms have been the preserve of car production lines and futuristic movies. That changes with Hexbot — a desktop robotic arm that can draw, engrave, and even play chess. 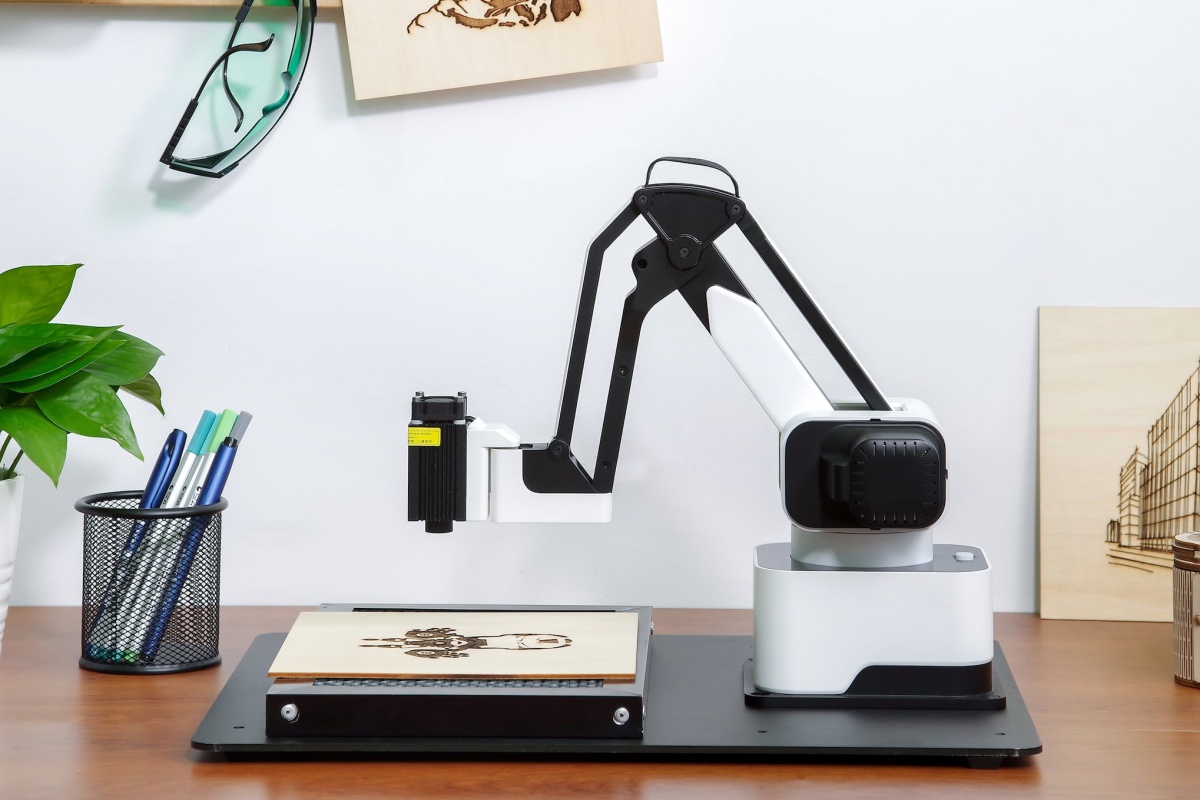 In the Iron Man movies, Tony Stark regularly goes down into his basement man-cave to work on yet another crazy idea. While his brain and brawn do much of the work, he does have some support. His two robotic arms — Dum-E and U — may not be the sharpest tools in the box, but they provide vital mechanical assistance.

In the real world, robot technology has not quite reached the level depicted in that superhero franchise. But Hexbot comes pretty darn close. This remarkable robotic arm lets you build and decorate anything you can imagine, right on your desk.

What can a desktop robotic arm actually do?

Pretty much anything your arm can do, but better. Hexbot combines the dexterity of an artist with the precision of computer design. The arm can hold and maneuver all manner of implements, from pencils to lasers. This means you can use Hexbot to create whatever you want. 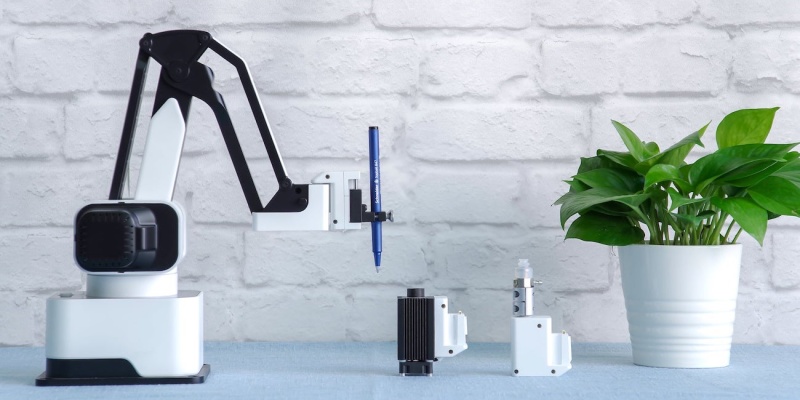 Hexbot easily fits on your desk

Unlike the robotic arms deployed in modern factories, Hexbot is pretty small. The whole device measures around one foot tall and nearly seven inches wide. Such compact dimensions allow the arm to fit comfortably on even the smallest worktop.

However, Hexbot’s diminutive size does not translate to a restricted area of operation. In fact, the arm can reach 380mm and sweep through 220 degrees.

In addition, this robotic arm is quiet (37dB) and very easy to operate. Don’t know code? Simply move the arm manually to program it. 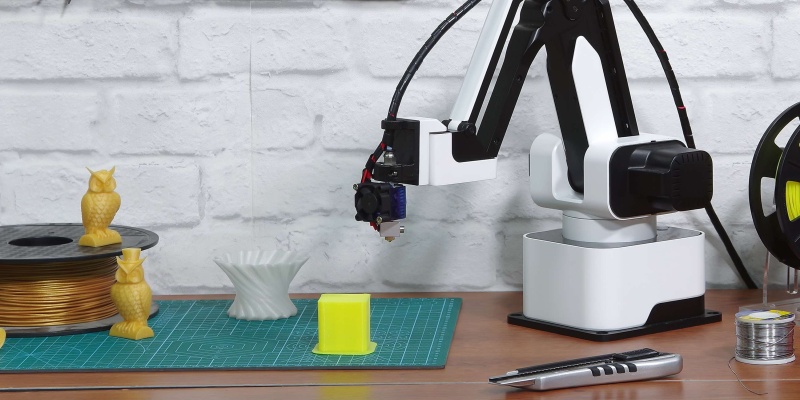 You can use Hexbot as a 3D printer

Hexbot’s versatility is also down to the five interchangeable “hands” that come with the robotic arm.

The purpose of the penholder is fairly obvious, and the laser engraver lets you burn a design onto any suitable material. 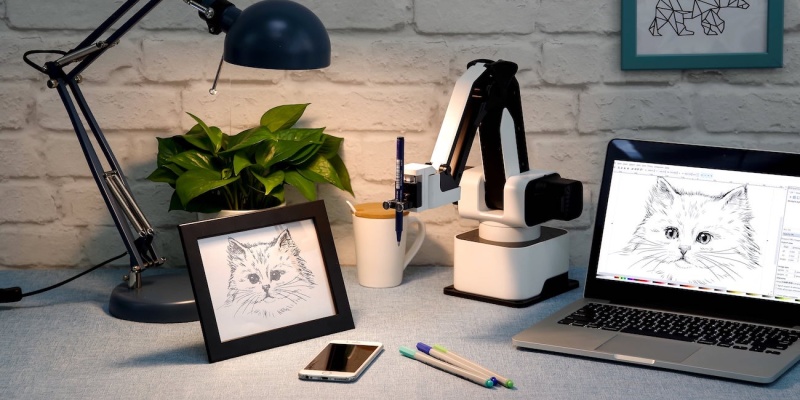 The soft gripper is essentially a three-way vice for picking up objects, while the suction cup works on smooth surfaces. Hexbot actually has object recognition technology on board, meaning the arm can locate randomly scattered items.

However, the coolest option must be the 3D print head. This literally turns the arm into a 3D printer, with 0.05mm precision. This really is a maker’s dream machine.

“The first versatile desktop robotic arm with extreme 0.05mm high repeatability that turns your desktop into a workshop.…Hexbot helps you to draw, write, laser engrave and 3D print in the easiest way possible.” — Hexbot on Kickstarter

With Hexbot on your desk, the only limit to your creative ambitions is the size of your imagination. It’s an amazing tool for designers, DIY enthusiasts, makers, and even artists.

Along with the basic kit, there are several add-ons you can purchase — a touchscreen for easy control, a conveyor belt for manufacturing, and a rail that allows the arm to slide along your desk.