Everything the Windows Event Had in Store: HoloLens, Windows 10, Cortana on PC, Project Spartan and More 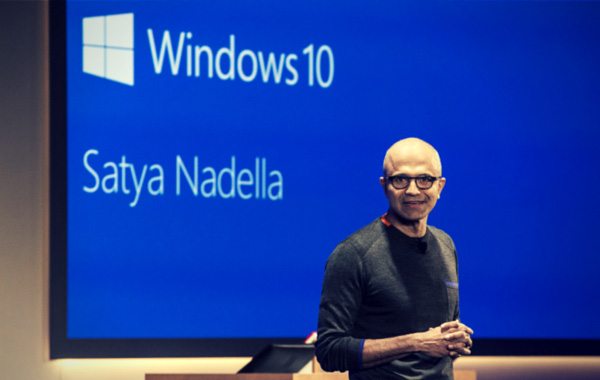 1.5 billion people in every country of the world still use Windows. But somewhere the brand was losing out on keeping up with the demands of connectivity modern tech-savvy users claim for. We, as tech professionals, want all our devices irrespective of their size and shape, to work with equal competence. The experience is all that matters to us and being in a world where digital connectivity is a vital ingredient of your existence, I don’t think it’s a bad ask. That’s what led to the massive change in the Windows computing system with their latest version “Windows 10”, the consumer announcement for which went live yesterday. 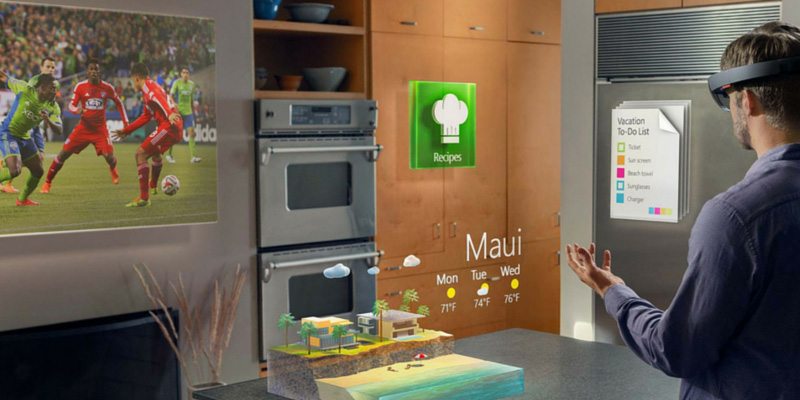 Here’s a breakdown of all the important announcements you need to keep yourself updated with:

While Windows was mostly used to enable a single device such as a PC, Windows 10 will be more of a mobile experience for users. The idea was to help in moving apps, services and content across devices such that every user gets the best experience of working online. This new system also supports better interaction: with pen, voice, gestures and even gaze. But the best aspect of the whole introduction was the free upgrade for Windows 10 to customers running Windows 7, Windows 8.1, and Windows Phone 8.1 in the first year after launch. Quoting from Terry Myerson once again, “Windows 10 is the first step to an era of more personal computing.”

Major Features Worth a Watch

Cortana on PC and Tablet – Windows Mobile Phone users must already be versed with Cortana, the personal digital assistant. Now the experience becomes more connected as Cortana comes to your Windows PC and tablet. Ask recommendations using voice commands or simple typing and your virtual assistant will always be by your side. It even works on the new browser from Windows we’ll be discussing in a while. 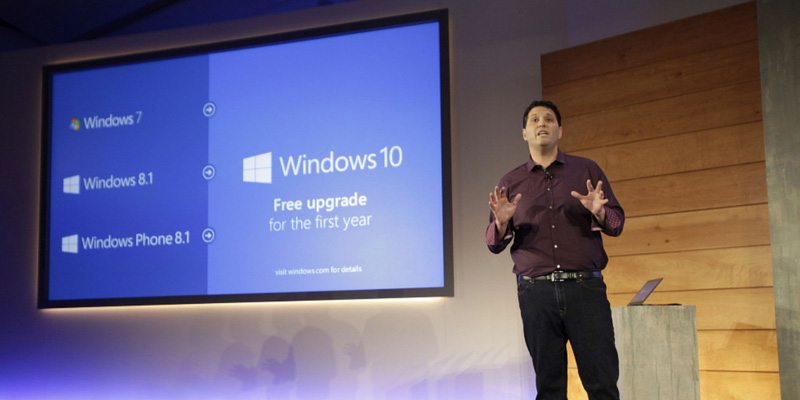 Project Spartan – Next comes the new browser from Windows code-named Project Spartan. The idea here was to enhance interoperability with a new look and feel. The features include annotating a certain area directly on the webpage using a digital pen which can then be shared easily with friends. You can also go for the special distraction free reading view and save articles for both online and offline use. As discussed in the previous point, the Cortana integration is another plus you can’t ignore.

Office Apps Redesigned from the Ground Up – Word, Excel, PowerPoint, OneNote and Outlook have all been redesigned to be more mobile compatible. So now you can annotate slides in real-time with new inking features or easily present PowerPoint presentations. That possibly means you won’t have to worry for a PowerPoint presentation if you leave your laptop behind when you have a Windows 10 upgraded smartphone in hand. 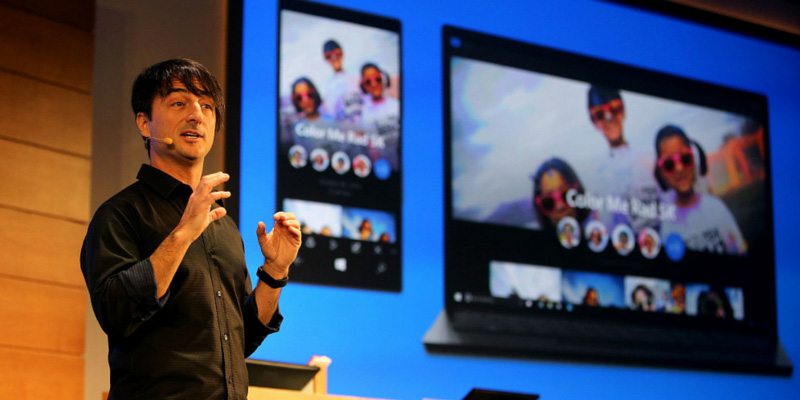 OneDrive Syncs New Universal Applications – Built in apps like Photos, Videos, Music, Maps, People & Messaging, and Mail & Calendar will all be redesigned and made to work in a more synchronized way, across all your devices. OneDrive is what keeps them all synced.

The New Xbox App Brings Gaming on PC – Xbox on Windows 10 is a complete new experience altogether. Now, even if you’re TV is engaged, your kid can still continue gaming on any Windows 10 enabled PC or laptop. 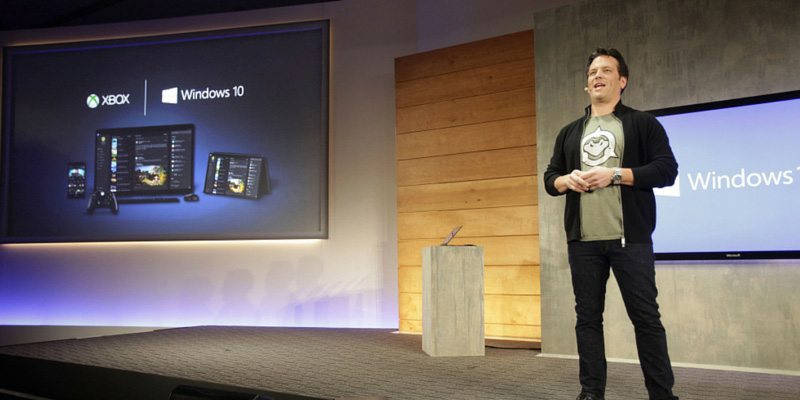 They can capture, edit and share their greatest gaming moments with Game DVR. Not only this, games developed for DirectX 12 in Windows 10 will see improvements in speed, efficiency and graphics capability.

But the best announcements were the two new devices added to the Windows 10 family: Microsoft HoloLens and Microsoft Surface Hub. 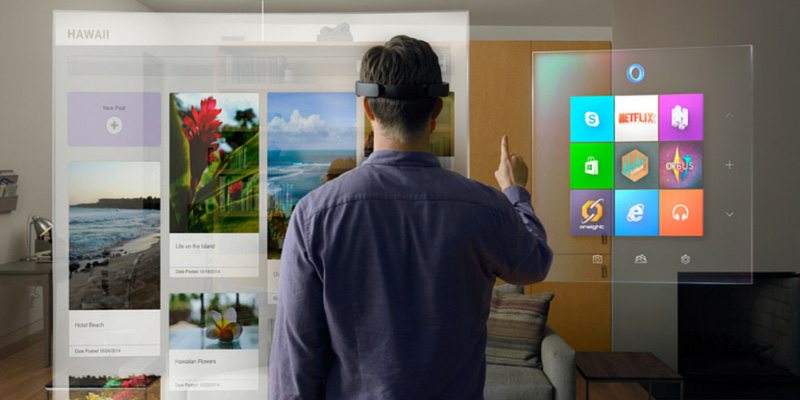 All those Windows Universal Apps can be converted into three-dimensional holograms you can fit anywhere in your world. This opens the door towards a new world of interaction – where you can merge your digital content with physical objects. Watch how it will be like living such an experience here:

Microsoft Surface Hub – Designed for teams to collaborate at the workplace, this is a 55″ or 84″ large screen device for better productivity. With Custom versions of Skype for Business and OneNote integrated in it, this is possibly how a modern team would want to interact. 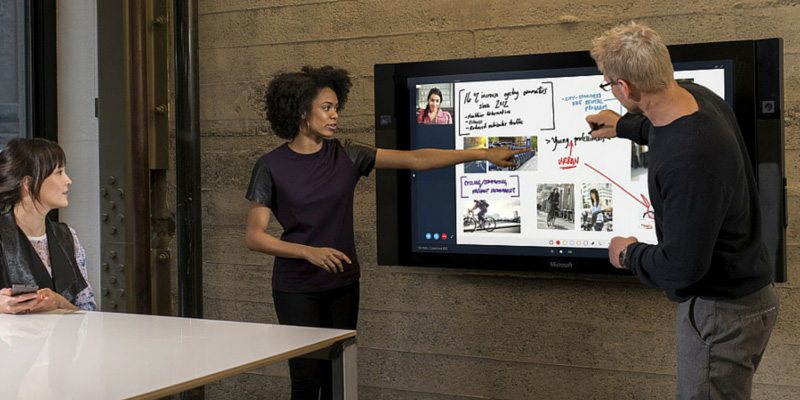 There is a digital white board, instant remote conferencing feature, the ability for multiple people to share and edit content on the screen from any device, and a trusted platform for large-screen apps. What else can a modern workplace desire.

Those being the massive pages from the current chapter of Microsoft Windows, we can’t wait to see what else is coming up at Game Developers Conference, WinHEC, Mobile World Congress and Build. Before we wrap up our event roundup, you can catch up on an interesting Hangout Mashable tech journalists had on this new side of Microsoft a few hours back.

That was all from the Windows world we had today. Happy Gadgeting!