Touchscreen laptops should be great for creativity, but many are geared more towards consuming content. In contrast, HP’s powerful new detachable workstation eats Photoshop for breakfast. 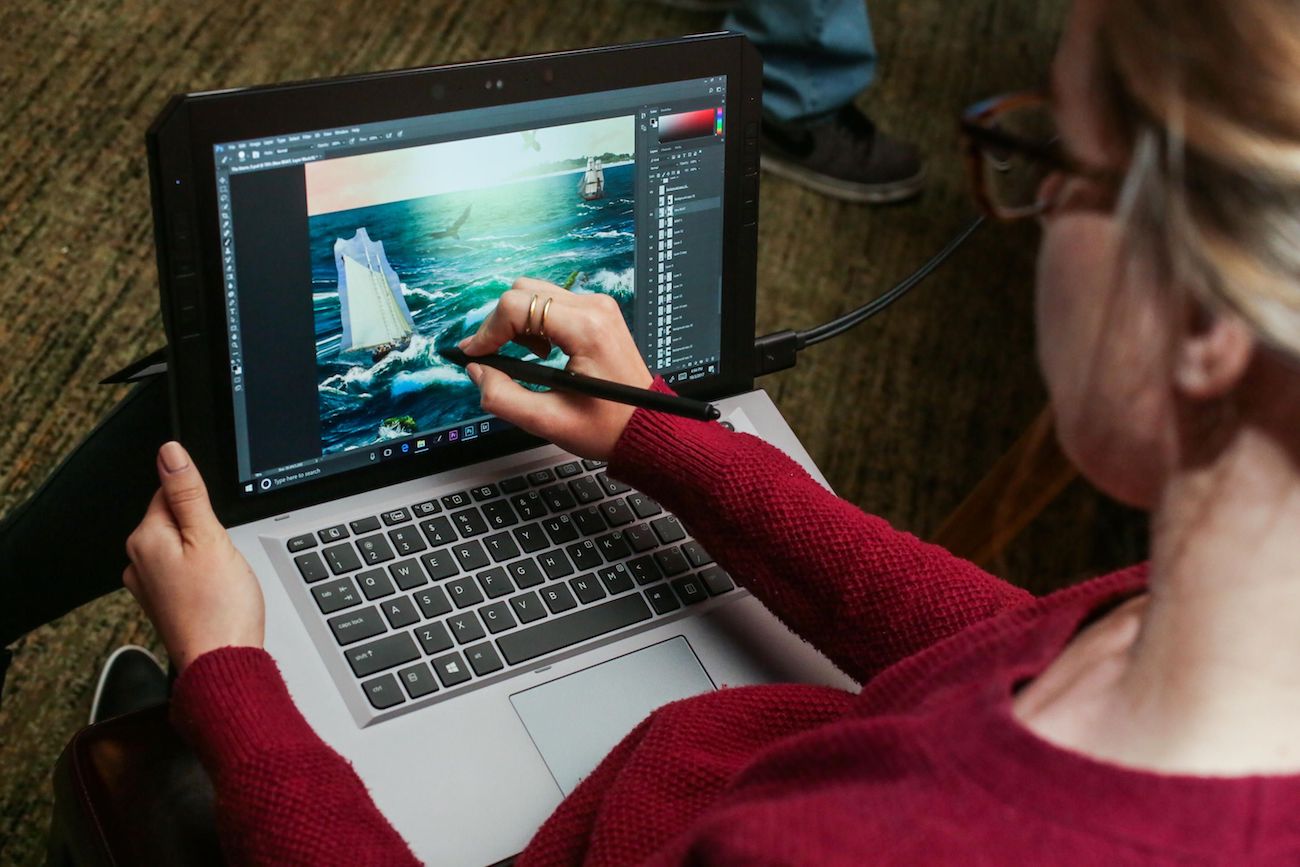 One day in the future, graphic designers and illustrators will be able to amuse their kids by describing a graphics tablet. “You did WHAT grandma?!” they will cry. Even by today’s standards, these peripherals seem a bit silly when you could be drawing on a touchscreen.

The only trouble is, many touchscreen devices aren’t capable of running Adobe Photoshop and Illustrator smoothly. You don’t have any such problems with the HP ZBook x2. This detachable workstation offers a 4K touchscreen display, NVIDIA graphics, and four different ways to work.

What is a detachable workstation?

Unlike 2-in-1 laptops, which only offer tablet and laptop modes, a detachable workstation also works as a desktop machine.

With the ZBook x2, you can detach the keyboard and use it separately thanks to Bluetooth connectivity. You can also hook up the device to an external 4K display via the built-in Thunderbolt 3 port.

This flexibility is particularly useful for multi-disciplinary creatives. While tablet mode is great for illustration, you may prefer a desktop workflow for editing video. 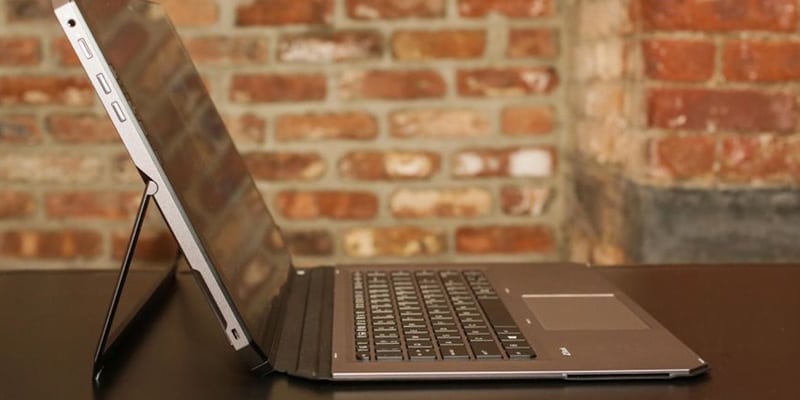 What is the best laptop for running Adobe software?

Many laptops are capable of running Creative Cloud apps, but you probably won’t find a better option than the ZBook x2. The HP device is billed as the most powerful detachable workstation in the world. 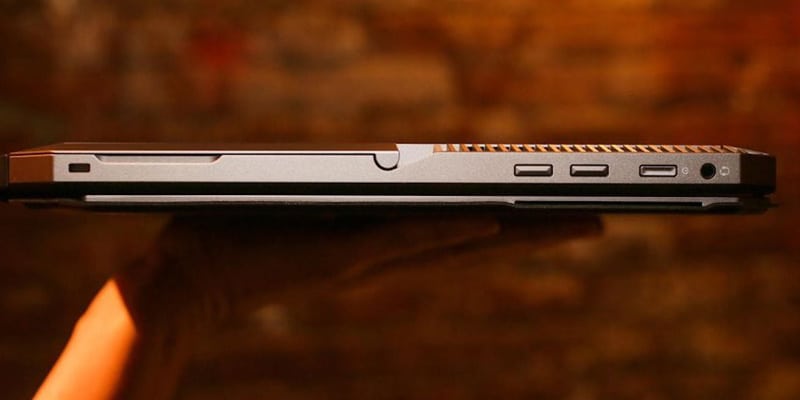 It might be the big fish in a small pond, but the ZBook x2 is definitely a powerhouse. Under the hood, you will find a Quad Core Intel i7 processor and up to 32GB of RAM. It also has a NVIDIA Quadro graphics card, which is specifically designed to handle CAD and other strenuous tasks. 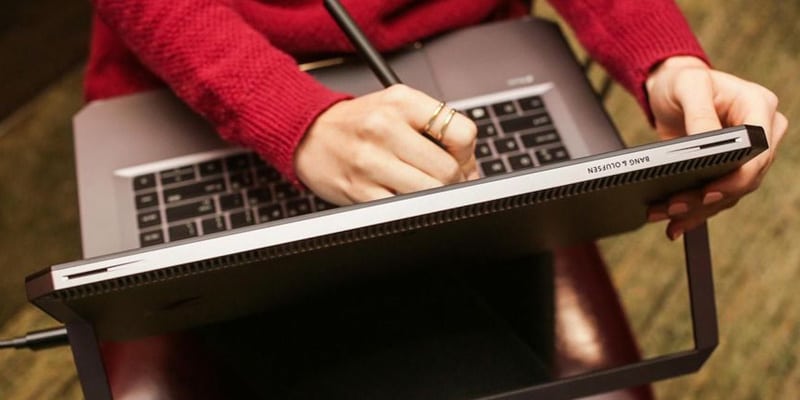 As an added bonus for Adobe users, the ZBook x2 even has quick keys for Creative Cloud apps.

Well, it’s certainly one of the best we’ve ever seen. 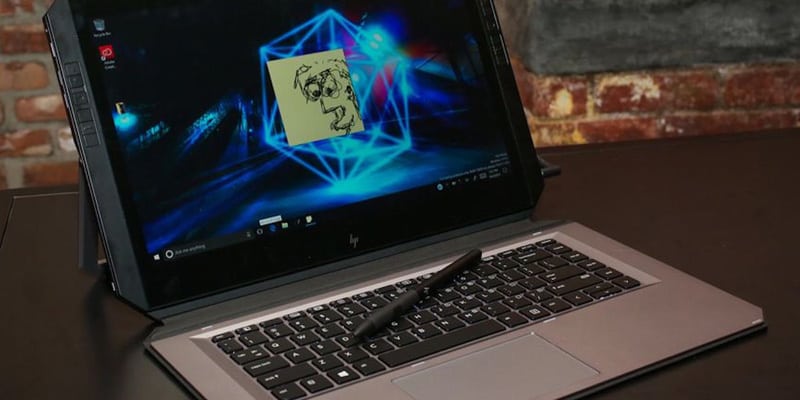 This 4K DreamColor display measures 14 inches from corner to corner. Under an anti-reflective coating, the 10-bit colors bring your work to life. 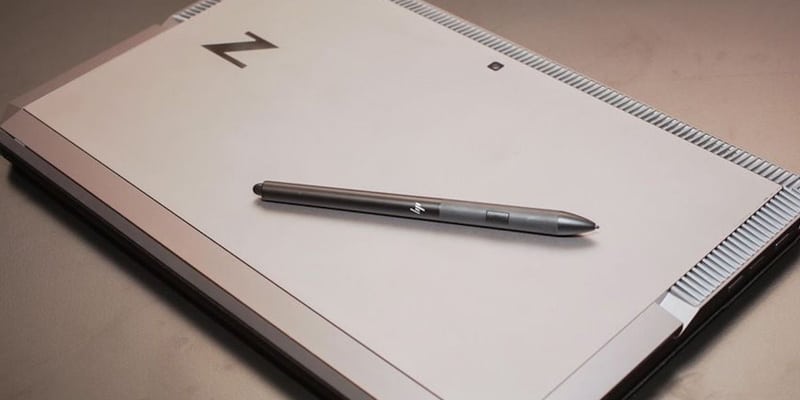 What’s more, HP provides an awesome Wacom stylus with the ZBook x2. This digital quill has 4,096 pressure levels, with natural tilt and zero latency. It doesn’t even run on battery, so you will never suffer an enforced charging break.

“Introducing the world’s most powerful detachable PC, with remarkable performance and versatility to push your favorite Adobe applications to the limit.”

“Work quickly and comfortably with 18 preconfigured shortcuts at your fingertips, customized for all your favorite Adobe applications. With HP Quick Keys, easily change the brush size and hardness, turn touch on and off, pan and zoom, lock and unlock, and see a full-screen preview.” — HP.com 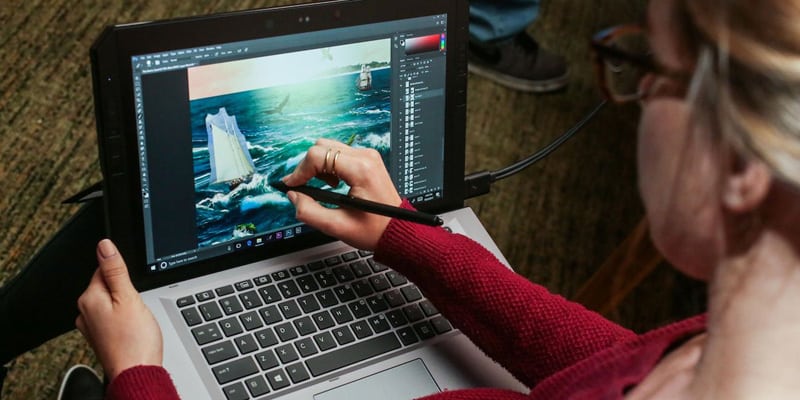 Many people consider the Surface Pro as being the best 2-in-1 laptop, but HP has blown Microsoft out of the water. The ZBook x2 is powerful, versatile, and compact enough to take anywhere.