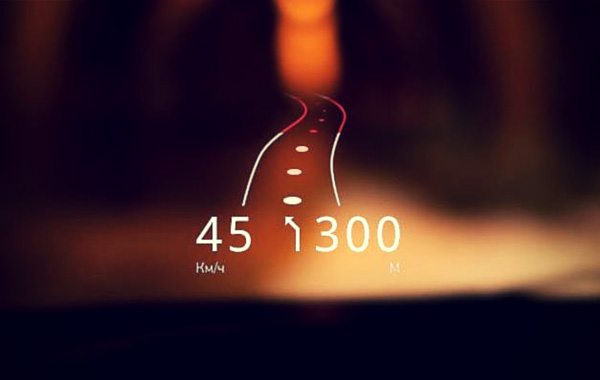 It’s a sad reality that around 350 people lose their lives everyday due to poor visibility conditions while driving (according to WHO data). No matter how many car accessories you’ve used to make your car look like a fancy abode, nothing really works when the road is too foggy or undergoing a heavy snowfall. Yes, there are loads of navigation apps being released every now and then but what you need is something which will not drive away your attention from the road. If you keep checking your phone while driving in order to find your way out, you’re doing no good as this will only keep your eyes off from the road ahead instead of enhancing your driving focus. Some car mounts can be of good help at times for those who use their smartphone’s navigation system but somewhere they’re still not the best.

It was a couple of months back when we had reviewed Navdy that truly offers a good solution to keep your eyes on the road and away from the phone while driving. But affording $499 isn’t an easy job for everyone. On top of that, this is a Heads-Up Display you need to mount separately in your car. What if I told you there is a solution you can use directly from your smartphone without spending a dime! No projectors or extra accessories required – once downloaded, the HUDWAY App turns your smartphone into a Heads-Up Display for easy navigation during poor visibility conditions. 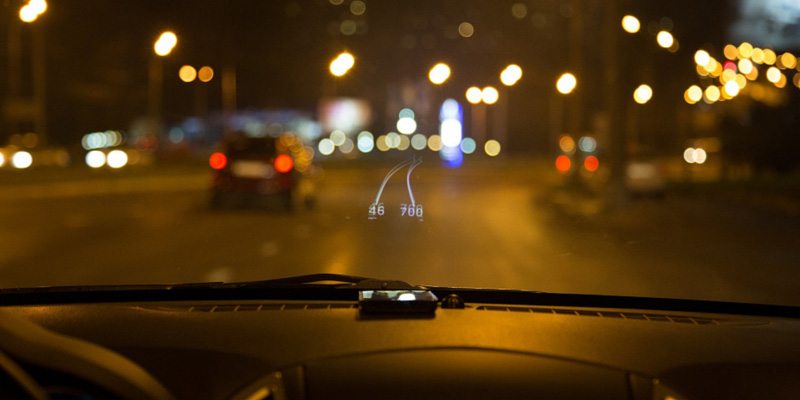 The main idea behind this application is to keep the driver’s hand on the wheel and focus on the road which is the key to safer driving. Navigation apps are often too complicated with voice commands and too many symbols on the map that makes the whole process of finding your way out an absolute pain. HUDWAY eliminates all that junk and gives you the information you want in the form of a heads-up display. This is ideally designed for poor visibility conditions so that those tough drives during fog, rain or snow becomes easier in terms of navigation. 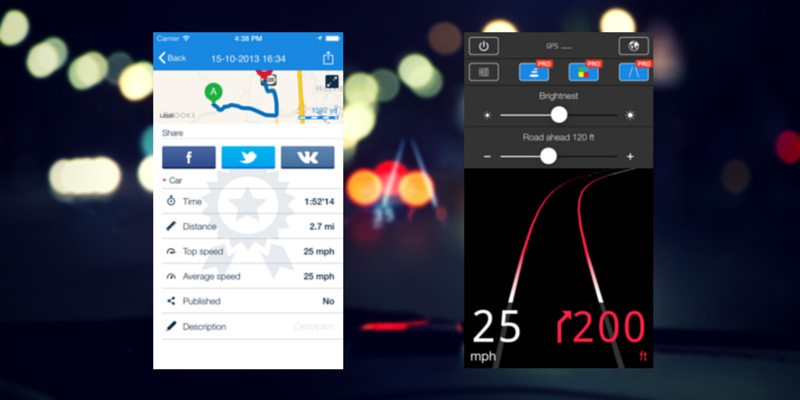 Using the app is pretty simple. Simply download it from the App Store or the Play Store and start it during poor road visibility conditions. Enter your destination and select the best route out of the choices provided. Next, switch on to the HUD mode and place your phone on the dashboard. You can use a smartphone grip if wanted to prevent your phone from sliding off the dashboard while you drive. There’s no requirement of an additional projector or special film on the windscreen. The app works fine as a HUD and displays your route in a simplified form so as to make driving easy and less complicated.

What makes navigation simplified on this app is the way it displays the information required. You’ll get to know your current vehicle speed, distance to the next sharp curve, and where it is best to slow down without going through that mesh we prefer to call a map. The dangerous turns are displayed in red so that you become more careful when you come near them and there are marks every 50 meters (or 200 feet) to symbolize the distance travelled or left to reach. Apart from these, the Hudway Voice Assistant is like a virtual co-driver which alerts you on every dangerous curve on the road ahead by creating an audio-image for the next one-two turns in your head. It might sound like another smartphone application but HUDWAY is undoubtedly one of its kind. 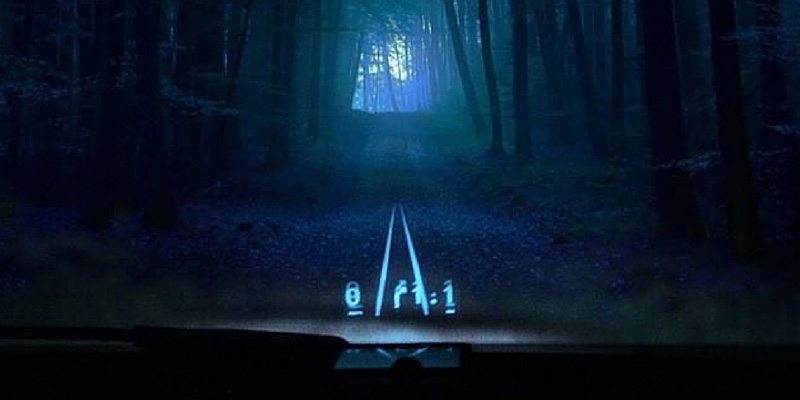 To make the most out of this app even in places where you don’t have proper Internet facility, try pre-loading your routes. This will enable you to use HUDWAY even in the offline mode. BINGO! As Gareth McQuaid, Nexus BG says, “As I put the phone on my dashboard I felt like a caveman discovering fire for the first time. This app worked. It was so simple… why hadn’t anyone thought of it before?” That’s exactly what is going through my mind right now and before I set off for my next drive when the road visibility is highly poor, I’ll make sure my smartphone is pre-loaded with HUDWAY App. What do you think? Happy Gadgeting!