Liquid Light wants to be the new lava lamp

Back in their heyday, lava lamps could be found in every home. While the original trend faded long ago, the next generation is just getting started. Liquid Light wants to be the new lava lamp. 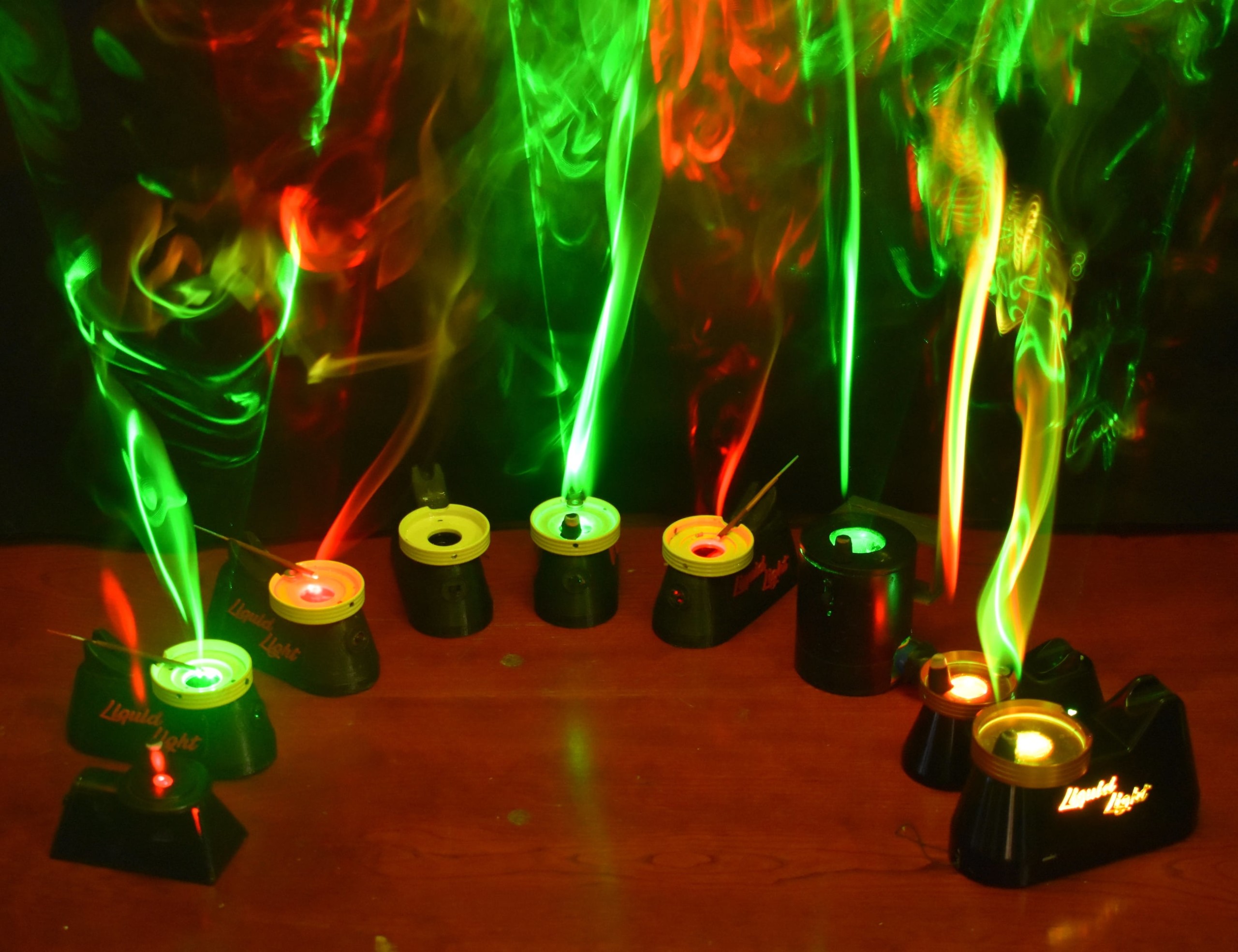 The original lava lamp was the result of some very creative thinking. In essence, it was nothing more than a few lumps of wax floating around in a tube of liquid. But with the addition of some funky, psychedelic lighting, that wax became something so much more.

You can think of Liquid Light as the natural successor. This handmade device is essentially a glorified laser. But the addition of smoke or mist turns this desktop light into a visual masterpiece.

What is Liquid Light?

You may not realize it, but lasers aren’t only the stuff of science fiction. You need only overturn your computer mouse or pick up an office pointer to find one. They might not be very powerful, but they still emit a fascinating red or green flow. Liquid Light is a product that harnesses such laser optics for aesthetic purposes.

The device contains a laser that points vertically upwards from the compact base. Under normal circumstances, what you would see is a vertical shaft of light. 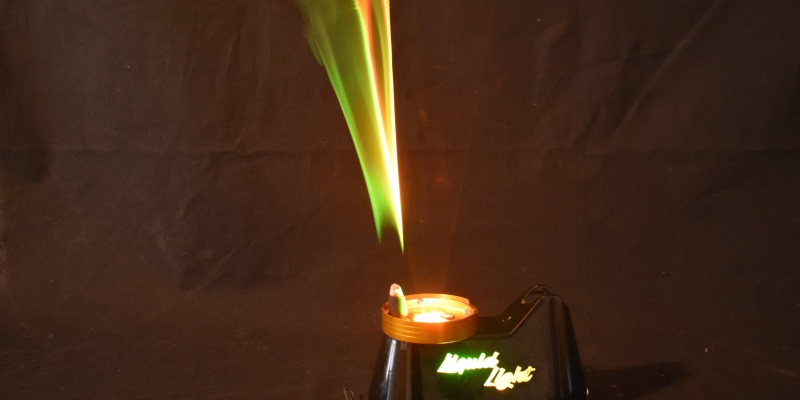 But when you add some kind of haze — whether that’s smoke from an incense burner or steam rising from your hot tub — the light becomes far more atmospheric. 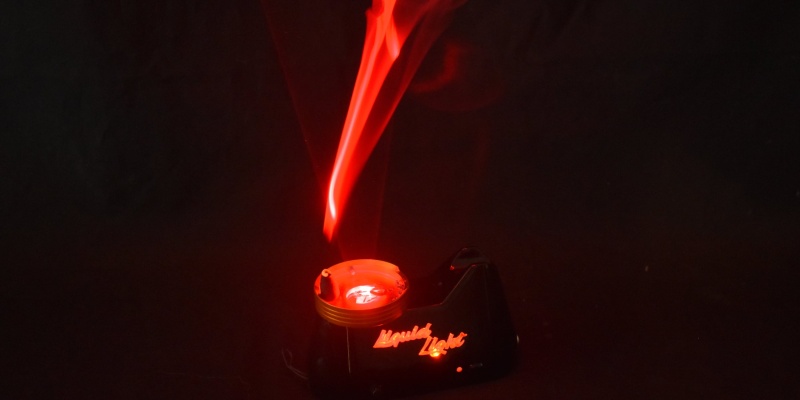 This mesmeric slice of home decor is the brainchild of Brian Walker, an inventor with five decades of innovation experience. 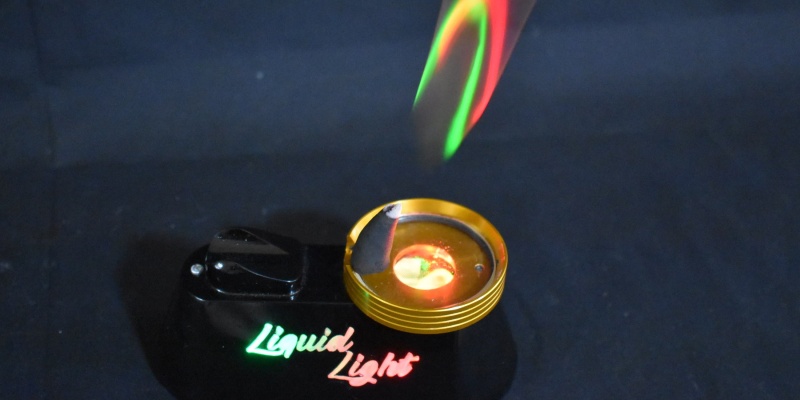 You would think that a simple table light would be pretty easy to design. But each Liquid Light actually has 30 individual components. These parts are assembled by hand by skilled technicians to produce the optical masterpiece. 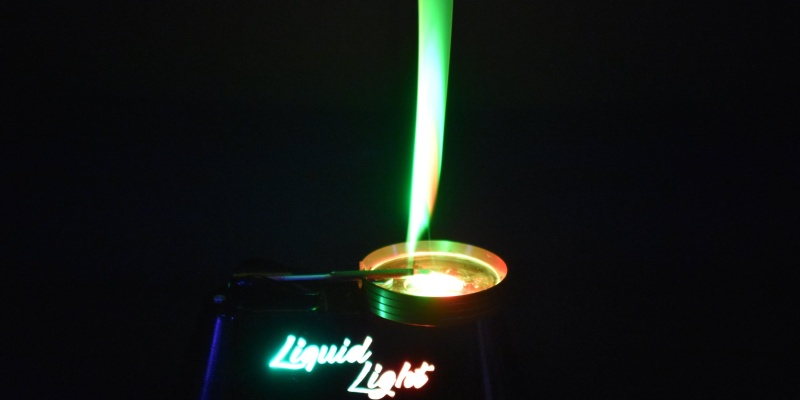 The Limited Edition Kickstarter version, which is exclusive to this campaign, includes 10 additional components. These serve the illuminated lettering on the side of the device — a nice extra touch.

The most obvious way to use your Liquid Light is with incense. Watching a psychedelic light show definitely adds to the aromatherapeutic effects. The device even has a built-in tray for your chosen incense/ash holder, made from aircraft aluminum. 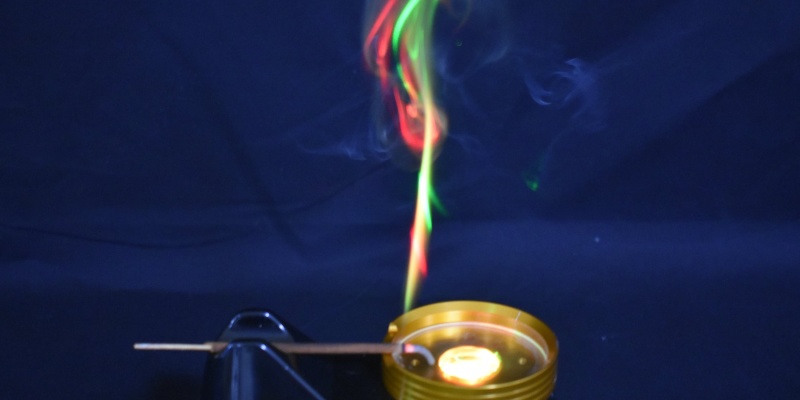 You can also stick your Liquid Light onto the side of your hot tub. The device is water resistant, and the steam works beautifully with the light. 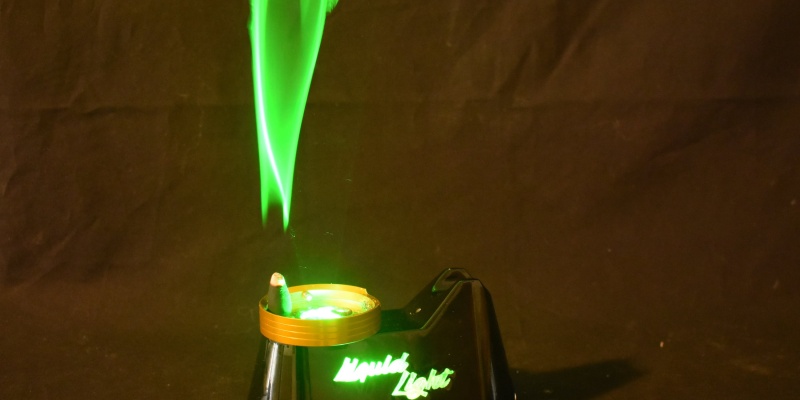 With a lifespan of 5,000 hours, Liquid Light should provide an impressive light show for years to come.

“Liquid Light is a fabulous new device that uses laser beams to interact with smoke, vapor, mist, or steam to produce beautiful and mesmerizing images of a type rarely seen before. Most people who’ve seen it characterize Liquid Light as a ’21st century lava lamp’.” — Brian Walker on Kickstarter

There’s no denying, these lights are very cool. The laser beam definitely adds some futuristic color to your hot tub.

While the display is impressive, Liquid Light isn’t the prettiest device we’ve ever seen. Maybe the design could be refined for version two.