Must-have board games for the entire family

Are you going stir crazy yet? We are. There is only so much work to take up time, and there's only so much eLearning and screen time to keep kids occupied. Pretty soon, they'll have gone through all the shows there are to watch. If you're looking to keep everyone in the family busy while you're physical distancing, we have some must-have board games. 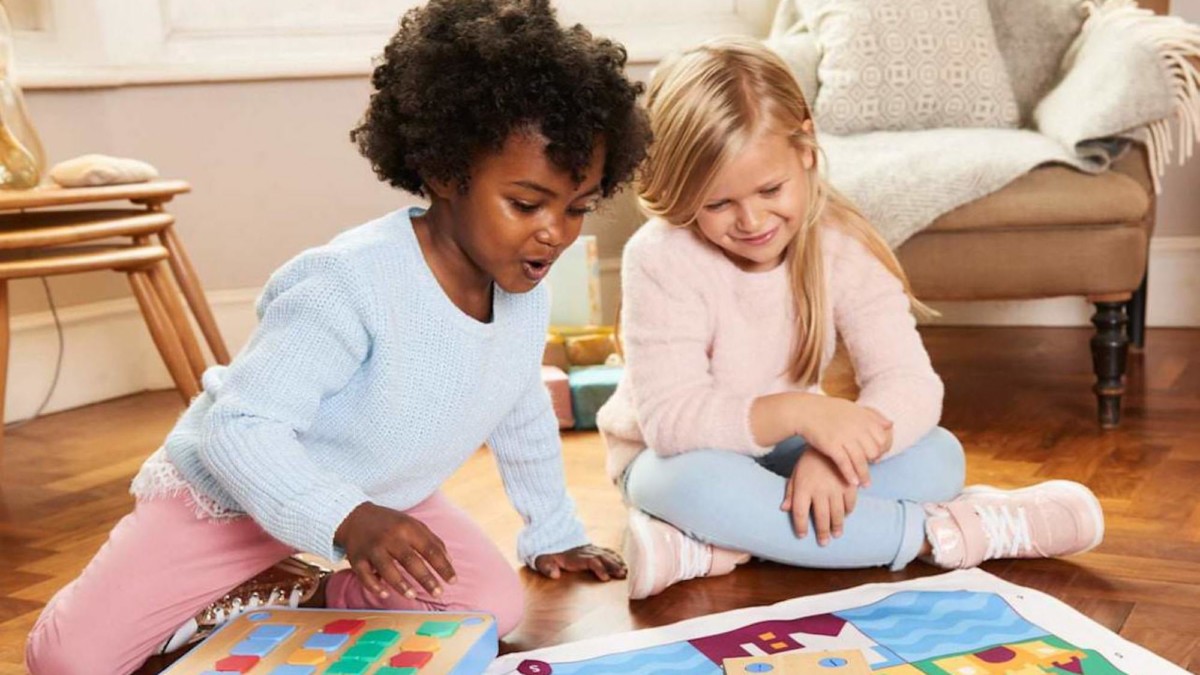 Cubetto Kids Coding Game in Use

If you’re not starting to go a little loopy by now, you’re one of the lucky few. The rest of us are about to start climbing the walls. We’re desperately looking for ways to keep us busy because we’re finished with Tiger King—and every other show there is to watch. And, yes, we finished Onward as soon as it came out, and we’ve had a Star Wars marathon. And now, there aren’t even any puzzles available to keep us busy. Never fear. We’ve got must-have board games.

Sure, there’s Monopoly, Life, Scrabble…all of the standards. And those are great. But aren’t you a little tired of playing them? Plus, no one needs that Monopoly fight to happen. Because let’s face it, Monopoly always devolves into a screaming match. We have some new games for you to try. Some for people with older kids, and some that might be outside of the box, like tarot cards.

If you have nerdy teenage kids, or you want to play a game without the kids, there are games that will take you hours to complete. There’s always Risk, Talisman, or Arkham Horror. (Editor’s note: My husband and I are busting out a game of Talisman this evening, and it’s going to take about seven hours to finish. How’s that for occupying time?)

So, without further ado (I could go on about board games for hours), we bring you this list of must-have board games.

Looking for a laugh and lots of talk about nuts? Of course, you are. That’s why you need the Don’t Touch My Nuts! Humorous Card Game. You’re bound to giggle all night at nut jokes while also getting to take your friends down. Don’t Touch My Nuts! is a card game about squirrels…and nuts! The objective of the game is to destroy everyone else’s nuts while protecting your own. Because don’t you always want to protect your nuts? Players are dealt acorn cards, which are stored safely in their Nut Sack.

Looking to get out in the backyard? Put your skills to the test with the Hammer Crown Giant Tumble Tower V2.0 XXL. Featuring 57 wooden blocks, the goal is to slide out a piece from the tower and place it on top. While it may sound easy, you’ll have to choose wisely. With every block you slide out, the Tumble Tower is more likely to topple over. Each block features beautiful and high-quality pine wood and measures over eight inches long, cut and shaped to precision. This means the tower and pieces fit together perfectly. They’re also totally smooth, allowing you to slide them out with ease. 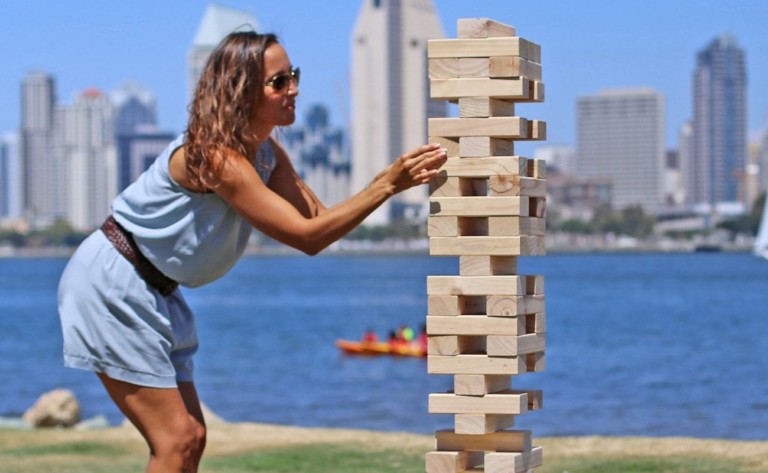 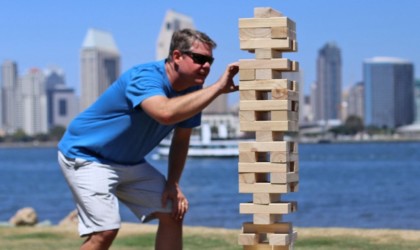 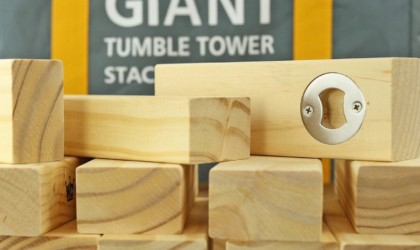 Codenames Social Word Game has a simple premise and challenging gameplay. Two rival spymasters know the secret identities of 25 agents. Their teammates know the agents by only their codenames. The teams compete to see who can make contact with all of their agents first. Spymasters give one-word clues that can point to multiple words on the table, and their teammates try to guess words of their color while avoiding those that belong to the opposing team. 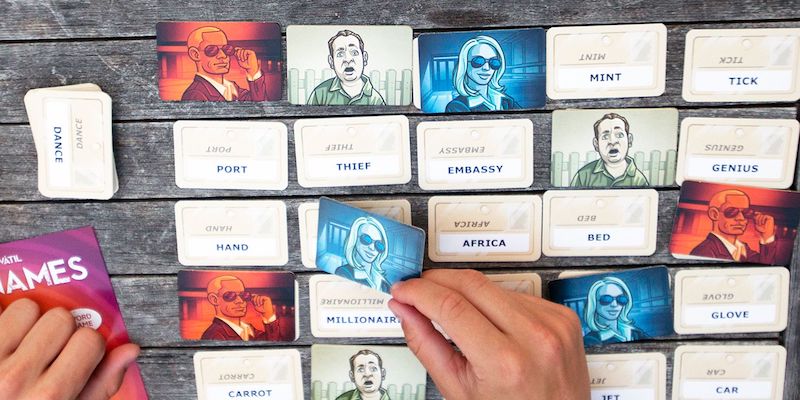 Codenames Social Word Game in Use

Inspired by the medieval fortress in southern France of the same name, Carcassonne Medieval City Building Game is a tile-laying game in which players fill in the countryside around the fortified city. Players choose from tiles that depict cities, roads, monasteries, and fields; each new tile placed creates an ever-expanding board on which players can then add their followers. Players score points by having followers on features as they’re completed. The player who makes the most strategic placements of tiles and followers will score the most points and win the game. 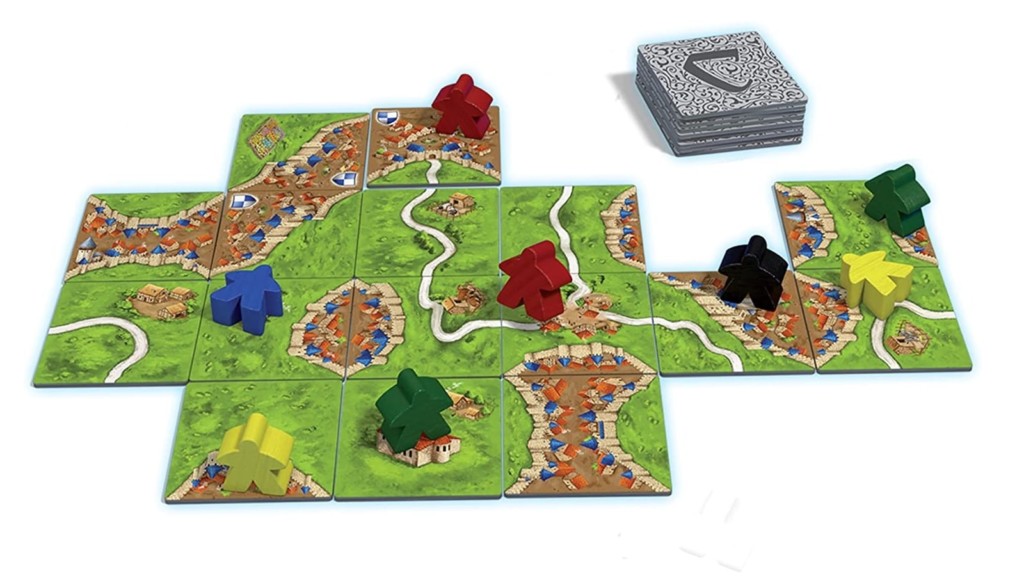 Betrayal at House on the Hill Haunted House Board Game

Betrayal at House on the Hill Haunted House Board Game quickly builds suspense and excitement as players explore a haunted mansion of their own design, encountering spirits and frightening omens that foretell their fate. This board game allows players to build their own haunted house room by room, tile by tile, creating a new thrilling game board every time. Secretly, one of the characters betrays the rest of the party, and the innocent members of the party must defeat the traitor in their midst before it’s too late. 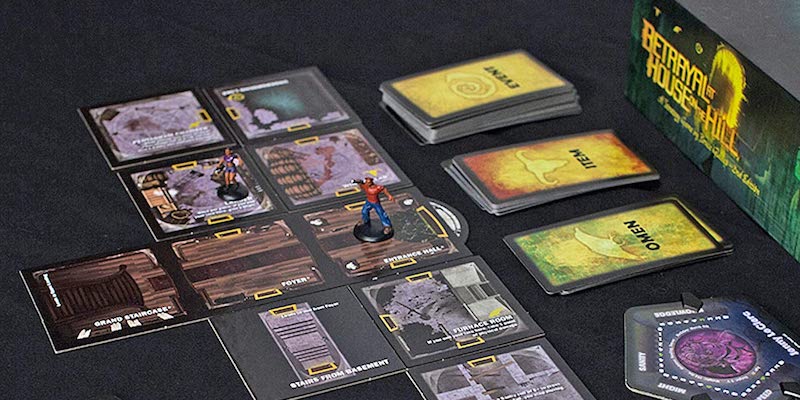 Catan Civilisation Building Board Game is one you’ve probably heard of before. This board game involves harvesting and trading resources (but no one ever wants sheep). Players control their own civilization and look to spread across a modular hex board in a competition for victory points. It is for three to four players over the age of ten, and the run time is about an hour. And you can even find cool versions, like Star Trek. 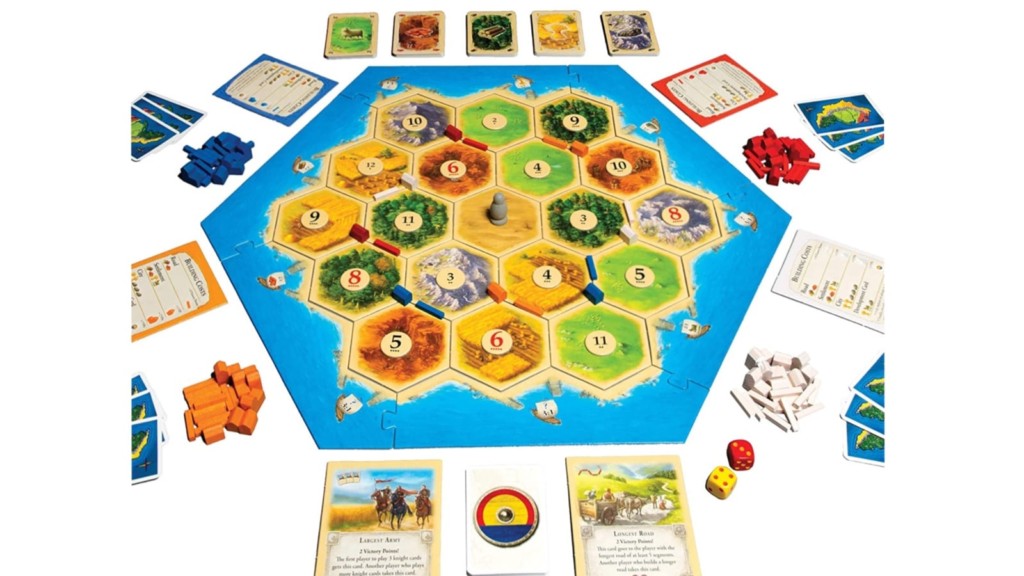 Catan Civilization Building Board Game in Use

Tell the future in the classic style with the Keymaster Tarot. The 78-card deck features unique artwork with classic iconography taken from the Rider-Waite Smith and Tarot De Marseille decks. You can choose among three variants: Basic, Superior, and Ultimate, which has gilded edges. The number cards combine French and Latin suits. Additionally, the Latin suits appear as golden sigils over the French pips. Finally, the Keymaster Ultimate variant features an epic miniature box with the keymaster guarding the gate.

We’ve given you a pretty solid start to get you thinking of ideas for must-have board games and what might work for your family. There is so much out there, and you’re bound to find something that will keep you busy for hours. Will you be buying any of these? Let us know if you already have any of them!

Tera has worked in the publishing industry since 2004 and considers the written word her first love. When she's not writing or editing, she's usually traveling, knitting, or binge-watching Netflix.
Join the Discussion
Popular Blog Posts
10 Best tech gadgets you need in your life Must-have smart desk gadgets and office accessories Best PS5 external SSD drives out there for gamers Which drone should you buy in 2021? Must-have vacuums for home cleaning