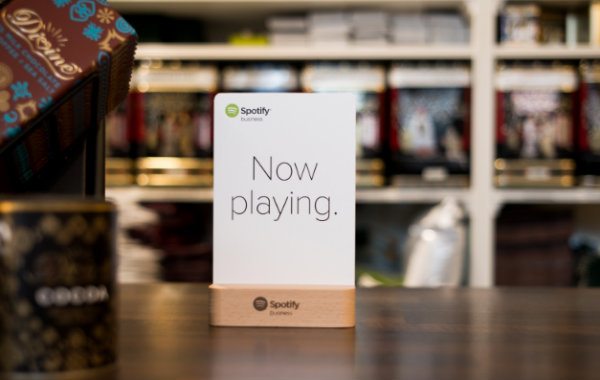 We’ve all been there: laptop, coffee shop, coveted armchair spot close to the outlets, and a steady stream of caffeine. Sometimes, you’re just itching to be a cliche and there’s no better way to do that than to take your bad self to the nearest cafe and show everyone how hard you’re working over that triple-shot non-fat extra foam latte.

Is it the most effective way to get things done? Probably not. The people-watching is entertaining, but distracting. But we do it because the wifi is free, the coffee’s good, and the armchair beats a desk chair any day.

And then it happens: you’re sure that you’ve heard the same Damien Rice song six times in two hours.

Many public venues still rely on physical media or poorly-designed internet radio stations with little variety to soundtrack their spaces. I’d love to see any avid coffee-drinker’s tally of the number of times they’ve heard Landon Pigg’s ‘Falling in Love at a Coffee Shop’ within the hallowed walls of their favorite caffeine-slinging establishment. We get it, it’s kind of meta. But we can’t even remember how it sounds without the bean grinder or steam arm whirring in the background.

Fortunately, Spotify and Soundtrack Your Brand seek to change that. Soundtrack Your Brand is looking to take the predictability, repetition and requisite staleness out of the music piping through the speakers in local cafes, shops, and bodegas everywhere (though it’s currently only available in Sweden). The idea is that Soundtrack Your Brand has the ability to give any public venue, small business and cozy establishment it’s own, fresh auditory identity. 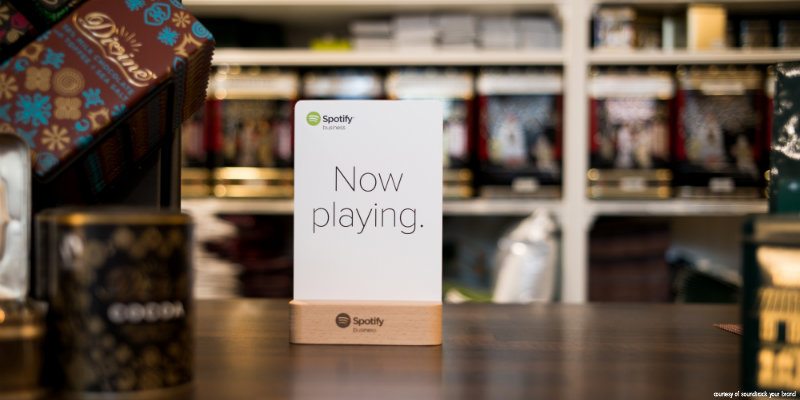 Much like Spotify, Soundtrack Your Brand will be available to business owners on a subscription basis, costing 349 SEK per month.

Unlike Individual Spotify accounts, Soundtrack Your Brand’s business accounts have a number of features that make soundtracking storefronts a snap. Business owners can schedule playlists with the Music Calendar, meaning that they can customize playlists for a certain day or time of day, giving them more control over getting the vibe just right. A playlist centered around ‘Monday, Monday’ for everyone’s least favorite day or maybe a playlist prominently featuring The Cure’s famous end-of-the-week anthem, ‘Friday I’m In Love’. 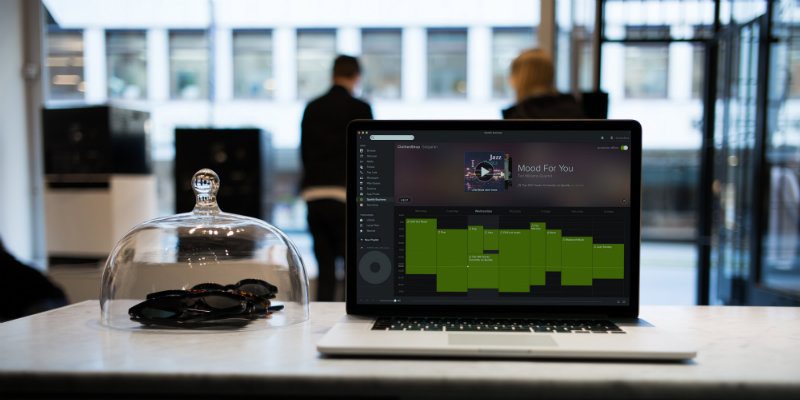 Soundtrack Your Brand also features an offline mode (much like Spotify Premium) that will let users play synched tracks without an internet connection. So, even if the WiFi in the coffee shop goes dark for a few minutes, the patrons won’t be forced into an awkward shop-wide silence.

Soundtrack Your Brand is a sleek, easy-to-use streaming service that could work for many business owners all over Sweden (and hopefully, later, the world). Not only does it help businesses give their establishments a musical refresh, with more variety and options for customization, but it also ensures that copyright laws are observed and that artists and composers are paid properly for their art. It’s a great option for building the atmosphere in any establishment, and it’s an encouraging new direction for music streaming services and technology.