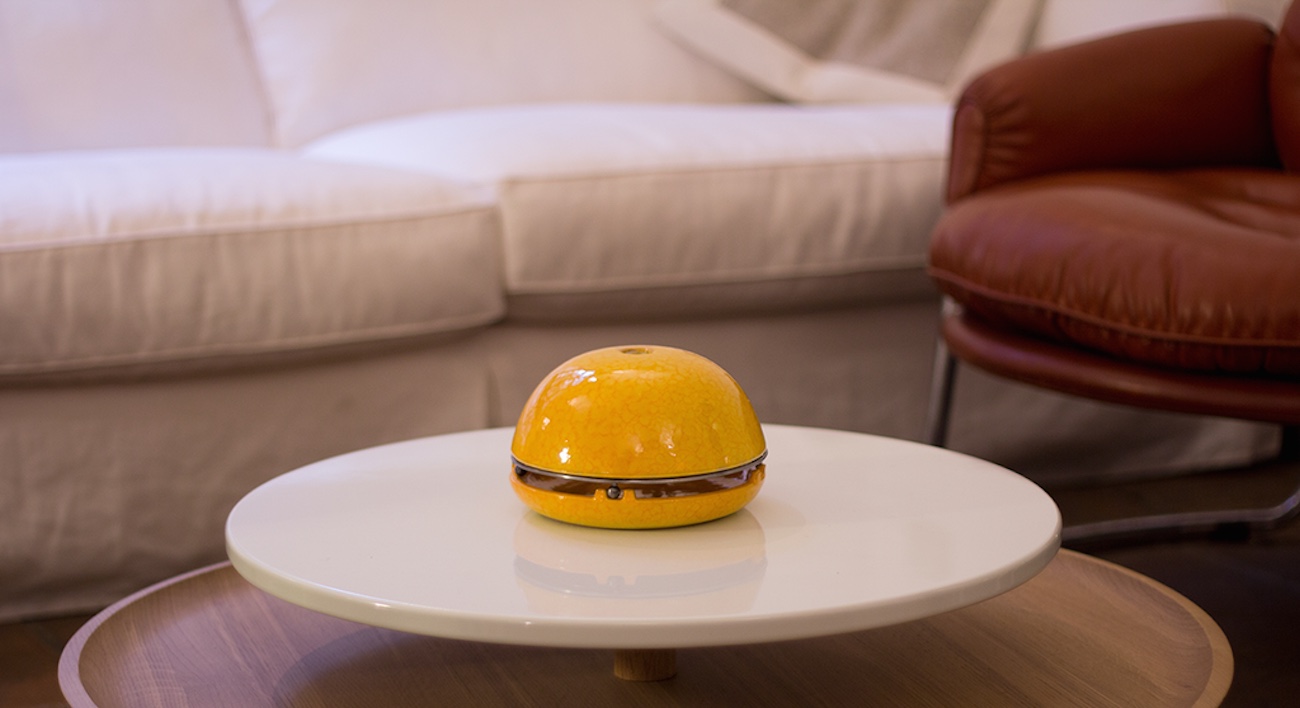 Egloo is an easy-use cheap candle-powered heater for domestic use, realized in terracotta and produced in Italy. What is Egloo? Egloo is conceived for contrasting continuous waste of elettricity used for warming domestic rooms, offering, as a option, a candle-powered..
Mark Myerson
Cool GadgetsHome
5

Egloo is an easy-use cheap candle-powered heater for domestic use, realized in terracotta and produced in Italy. What is Egloo? Egloo is conceived for contrasting continuous waste of elettricity used for warming domestic rooms, offering, as a option, a candle-powered way that provides a cheaper and more ecological energy, taking advantage of features of terracotta that stores the heat and slowly and gradually releases it by radiation, even after it blows out. How is it made? Egloo is composed by four elements: the base, the grill and the two domes. The base offers a space for the positioning of the candles that, once you light them up, will warm the domes up. There is a metal grill placed on the base, serving as a support for the domes. It makes a space to let the air in, necessary for the combustion of the candles. For the well-functioning of the Egloo only five or six candles are needed. With an average duration of five hours they are enough to warm up a 30mq room. The thinner dome, placed centrally on the base, stores a high rate of heat, that is conveyed to the external dome; the dome’s air intake facilitate the outgoing of the warm air stored between the covers, allowing thermal exchange with the environment.