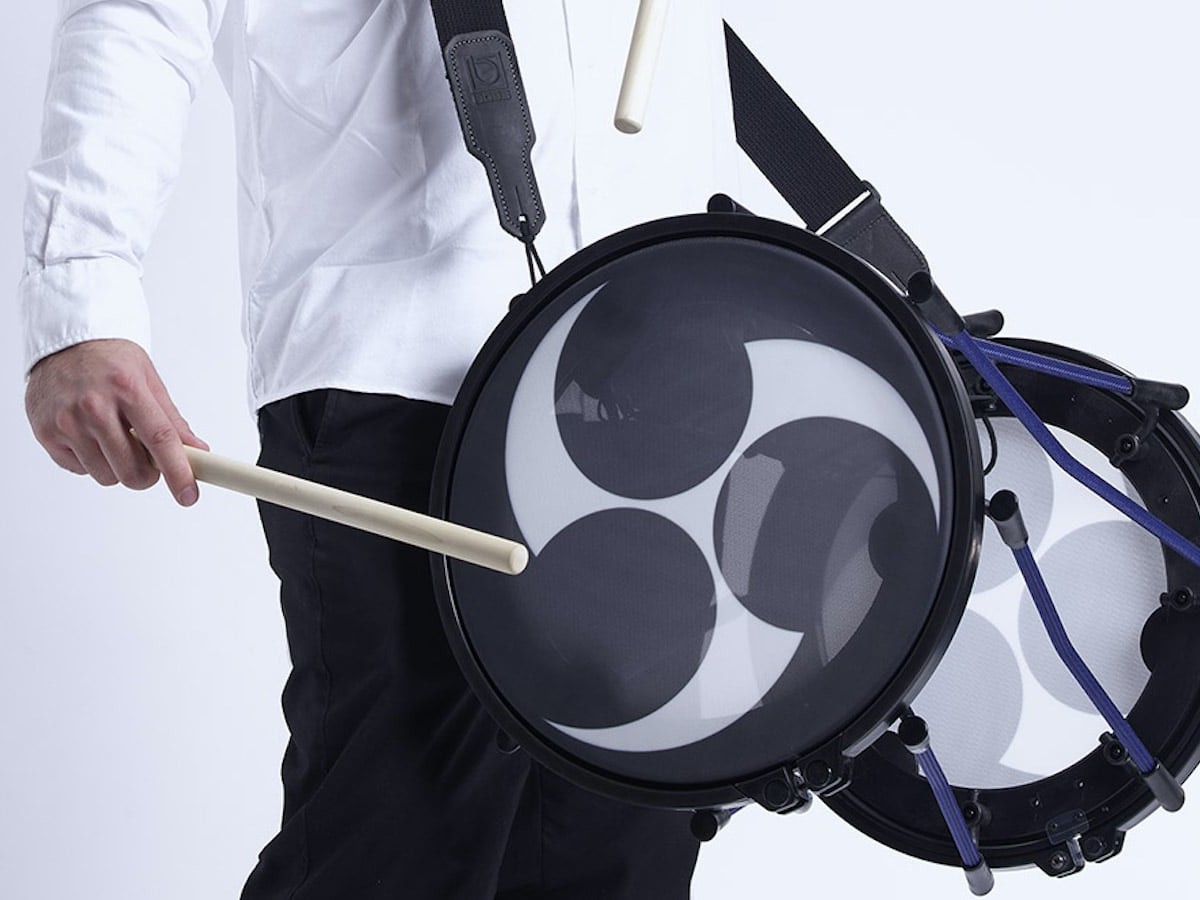 Reinvent old tradition with the Roland TAIKO-1 Electronic Taiko Percussion. Taiko is a traditional drumming style from Japan, and this gadget helps bring this musical artistry to a wider audience. The historic tradition is also referred to as Wadaiko, and it makes sense that Roland—a Japanese company—would seek to share it. Though Taiko drums are popular in Japan and around the world, they’re large and difficult to carry around. This Japanese drumming device makes it easier to transport the instrument because it breaks down to a portable size. Once you build the drum and attach the strap, you’re ready to drum on the go. The included remote device gives you access to many sounds, such as cymbals, stick variations, and shouts and calls.