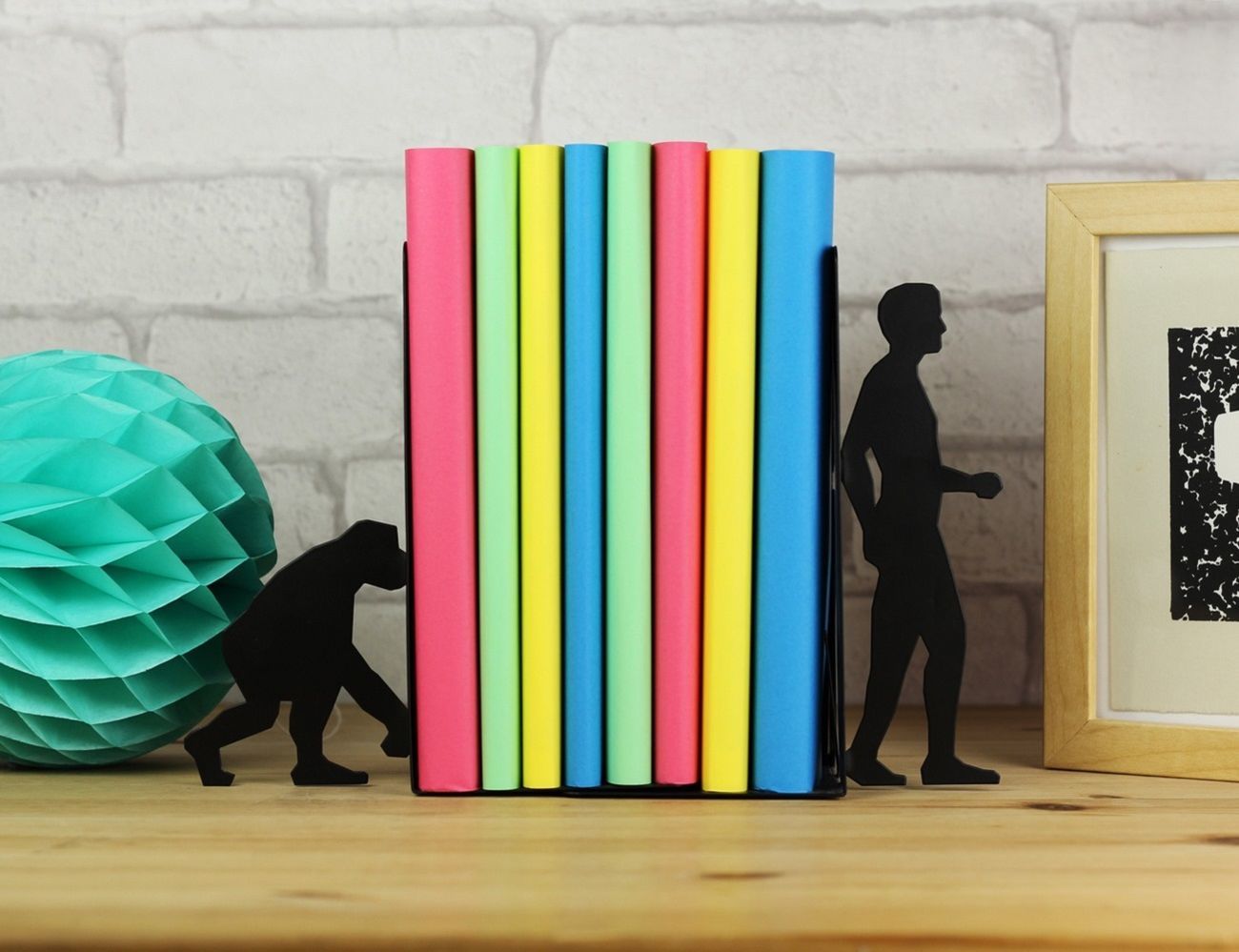 Depending on how you look at it, the Evolution Bookends and the books stacked between them are two pieces of metal or a symbolic representation of mankind’s evolution. The black metal bookends include one with the silhouette of an ape..
Mark Myerson
BookcasesHome

Depending on how you look at it, the Evolution Bookends and the books stacked between them are two pieces of metal or a symbolic representation of mankind’s evolution. The black metal bookends include one with the silhouette of an ape like creature on the left. The books you keep in the middle are supposed to be the sum of all the culture and the things we have learned that have made the evolution from African apes to cave men and then intelligent homo-sapiens sipping lattes in a Starbucks possible. Granted, it’s a little pretentious, but the bookends do make you seem sophisticated. Besides, it’s a great conversation starter that can help you break the ice with guests intrigued by the Evolution Bookends. It’s almost impossible for someone to see the bookends and not say something about it.

Get it forGet it for $49.99
Evolution Bookends
Add Reminder
Add to Collection
Share it
Gadget Flow Rating 9.5/10
View Product Specs
Discovered on Feb 2, 2014, 8:00 am EST
Discovered by Mark Myerson
Report this