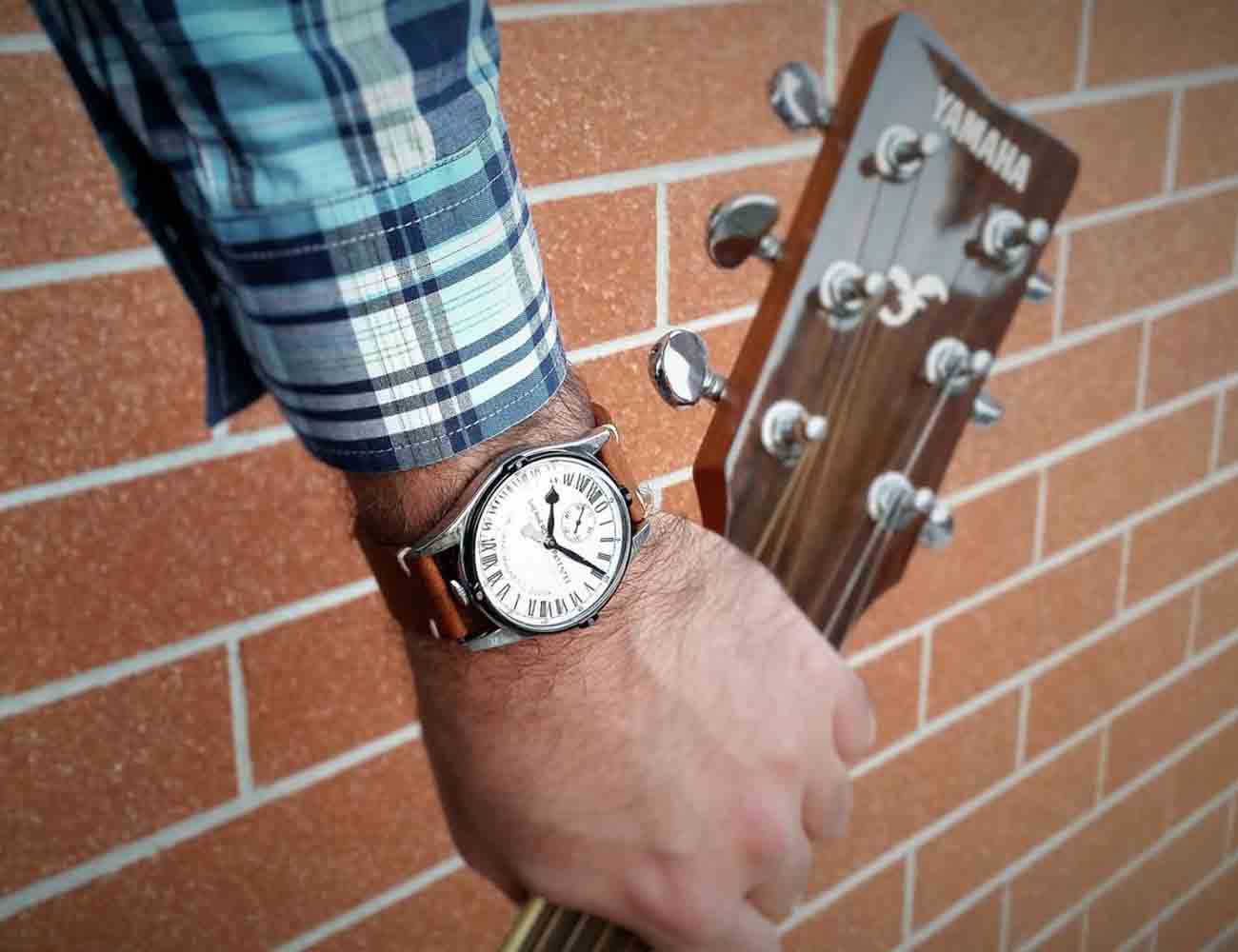 The original idea to create a wristwatch version of the Shepherd Clock, came to our minds in the summer of 2014 in London. During a visit of the Royal Observatory of Greenwich, we remained fascinated by the Shepherd gate clock..
Mark Myerson
WatchesCool Gadgets

The original idea to create a wristwatch version of the Shepherd Clock, came to our minds in the summer of 2014 in London. During a visit of the Royal Observatory of Greenwich, we remained fascinated by the Shepherd gate clock and its history. That’s why we decided to search for a wristwatch replica of this historical masterpiece. To our great surprise, we found out that no one had ever made a wrist version of this clock, considered by many people the world’s most popular GMT Clock. After a careful analysis, we realized there were several factors preventing an easy replica of this watch from being marketed. The first one is the particular dial and ring shape, both difficult to be properly executed in small dimensions. The second, but perhaps most important reason, is the movement: The clock has got a 24h movement with hours and minute in the main dial and seconds in the high positioned subdial. There are watches with the 24h movement mechanism in the market, but nobody with this very particular feature. Later on, during the design phase, we added the 12h movement version, to share with the twelve hours watch users the unique design of this famous clock.