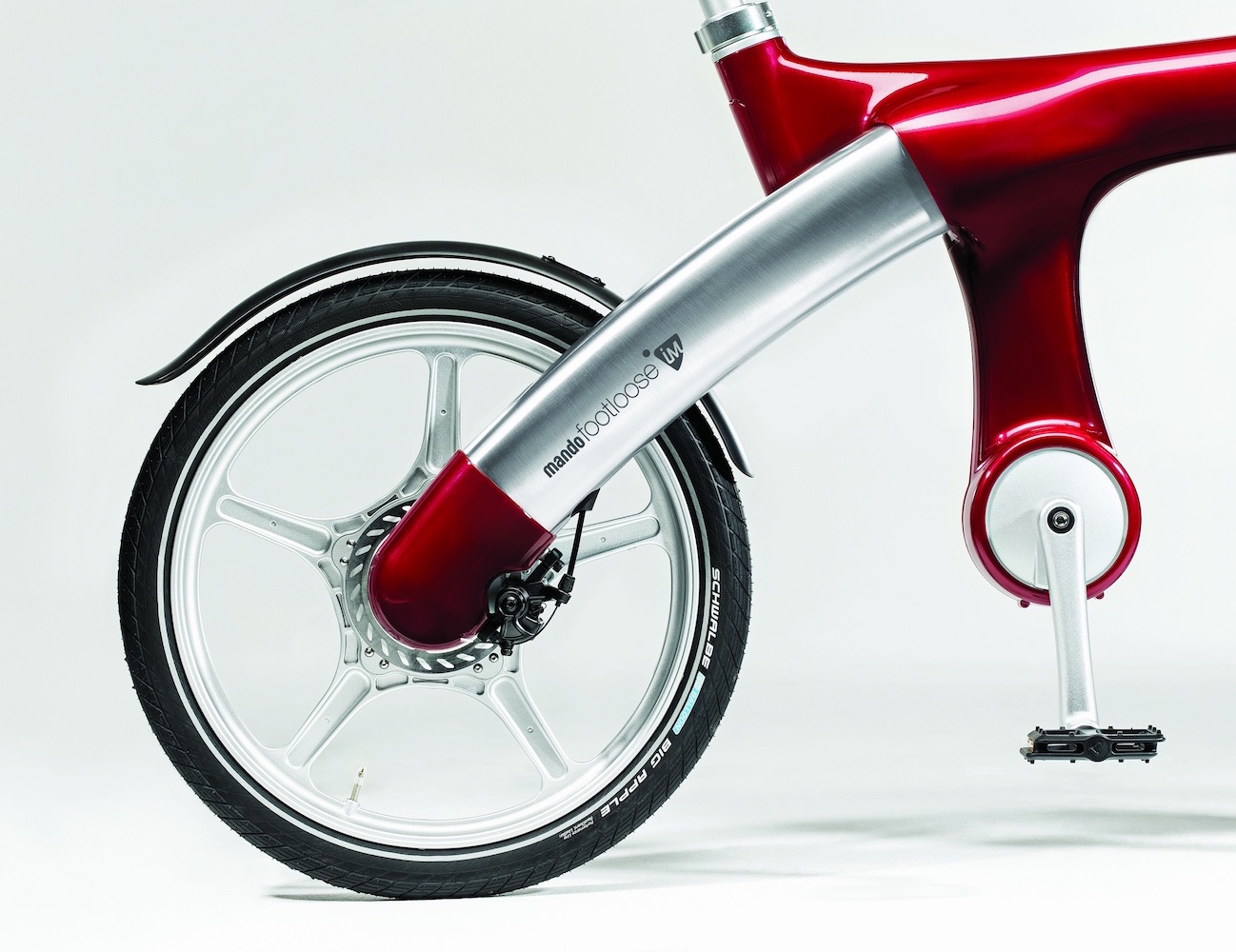 Mando Footloose IM, second generation model of stylish chainless e-bike delivers new features to redefine the aesthetic and performance of green urban transportation. It has no mechanical connection between the cranks and rear wheel and instead they are connected by..
Genevieve Healey
BikeCool Gadgets

Mando Footloose IM, second generation model of stylish chainless e-bike delivers new features to redefine the aesthetic and performance of green urban transportation. It has no mechanical connection between the cranks and rear wheel and instead they are connected by an alternator. The eye pleasing e-bike designed by internationally renowned designer Mark Sanders has already been named 2015 winner of the prestigious Red Dot and Good Design awards. The bike with a futuristic looking design is made by Mando, leading automobile technology company in South Korea, which counts Audi, BMW and GM amongst its 4-wheeled customers. The company has applied its car know-how to the bike with advances such as the Electronic Control Unit (ECU) that monitors the bike’s condition and manages the system to optimize the bike. A 250-watt motor allows the rider to achieve speeds of up to 25km/hour(16mile/hour) and a single charge of the handy 36-volt removable lithium ion battery pack will take you up to 60km(37mile).