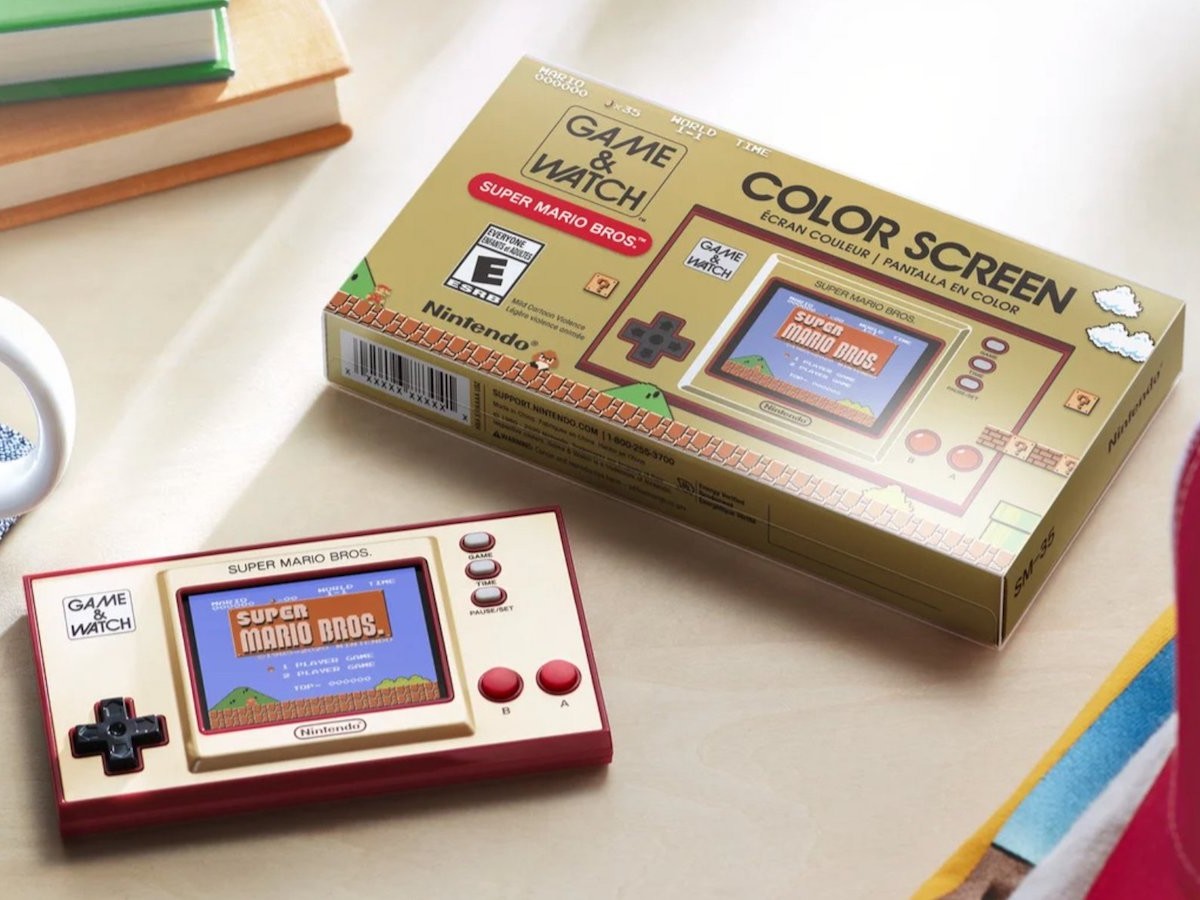 The Nintendo Game Watch classic console comes with a full-color LCD screen that’s 2.36 inches for enhanced gaming. This handheld gadget has many similarities to the original, including a modern control pad, the title above the screen, and a gold..
Amy Poole
Coming SoonGaming

The Nintendo Game Watch classic console comes with a full-color LCD screen that’s 2.36 inches for enhanced gaming. This handheld gadget has many similarities to the original, including a modern control pad, the title above the screen, and a gold faceplate. It’s even a similar size. These retro vibes also have some modernization, including a USB-C charging cable. Plus, a lithium-ion battery that supports up to eight hours of playtime.  Most importantly, you can use this console to play Super Mario Bros. in honor of the brand’s 35th anniversary. You’ll also have the option of playing The Lost Levels. When you aren’t playing it, the Nintendo Game & Watch can be used as a digital clock. Switch to clock mode and this portable console will play one of 35 animals that feature on the Mario game as well as his friends and foes.

Turn back time and play Super Mario on an LCD screen.