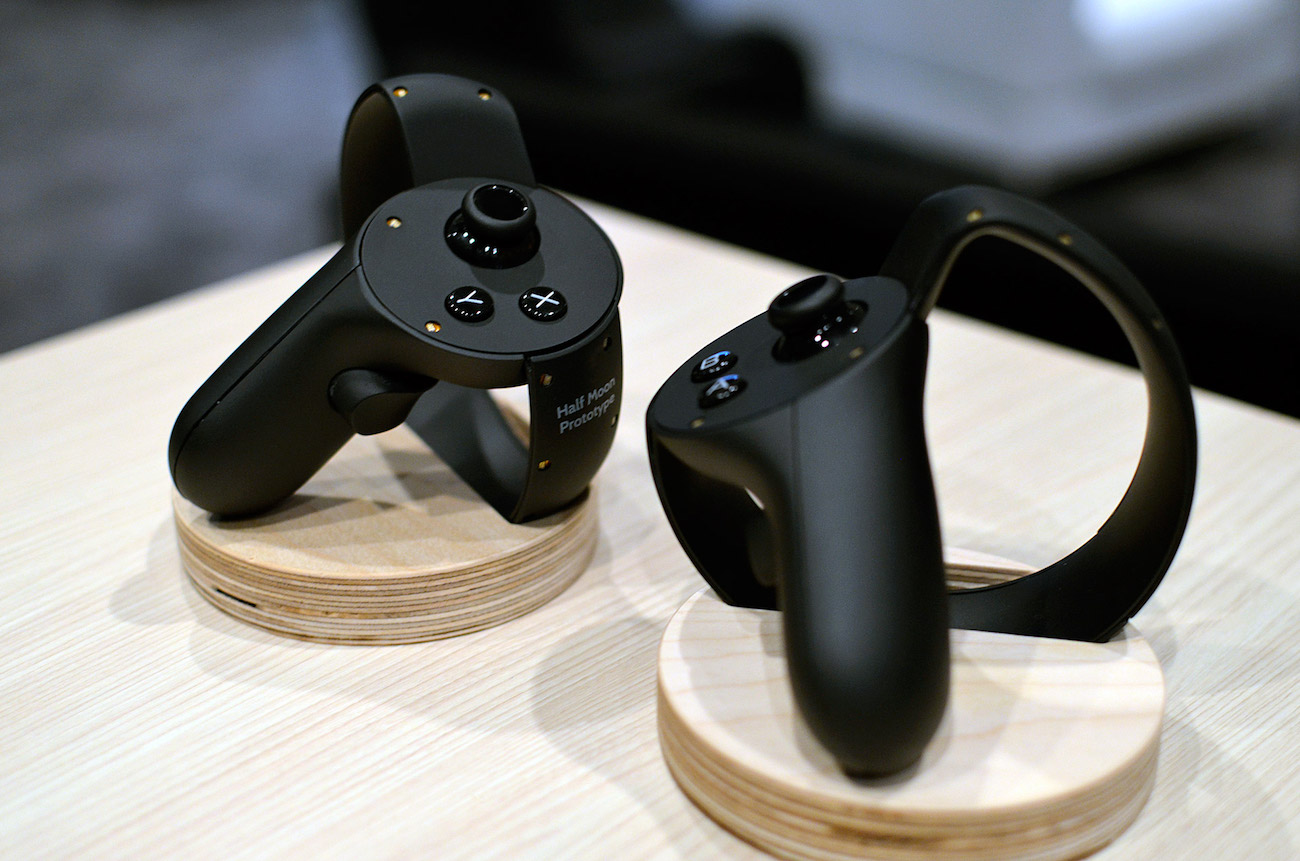 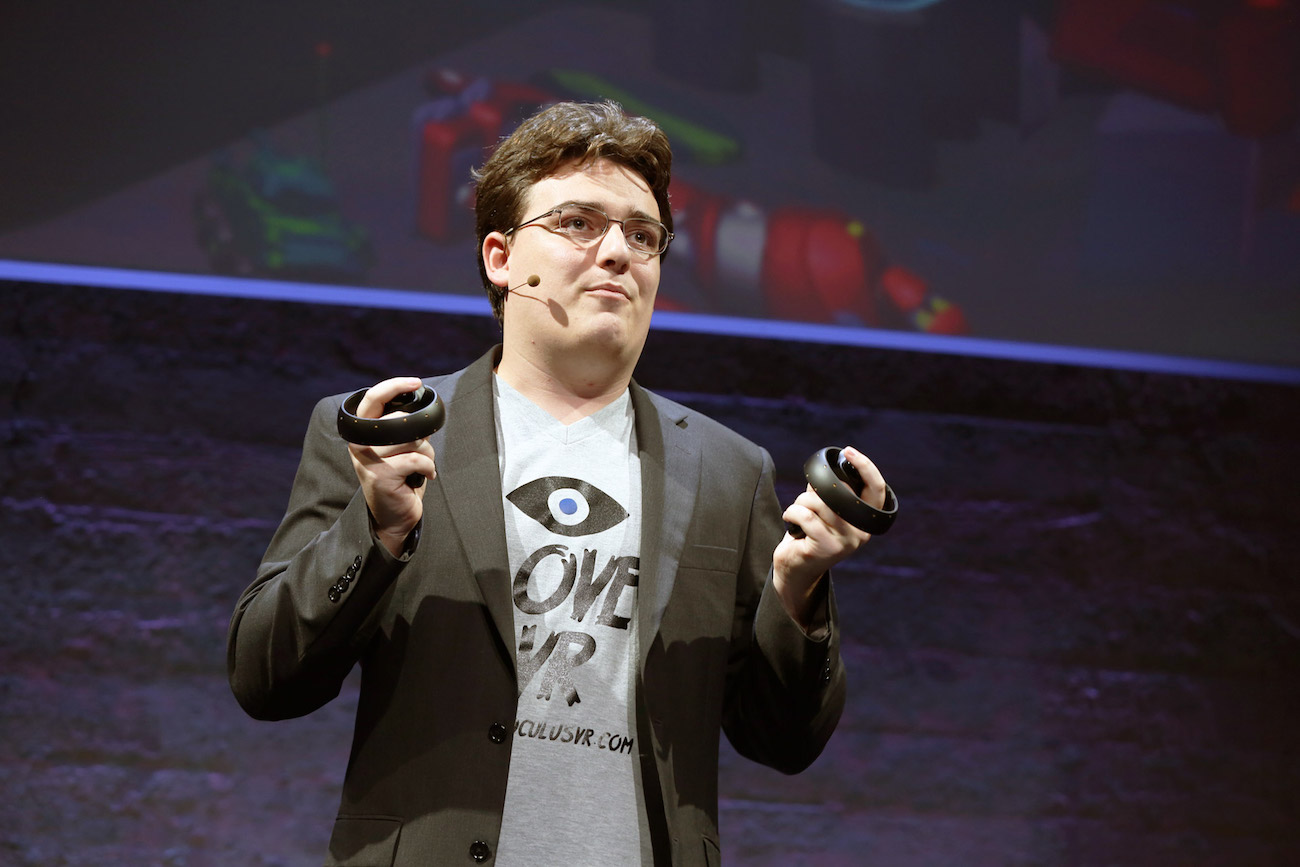 Add another dimension to your VR experience with the Oculus Touch VR Controllers, featuring a design that wraps around your hand.
Ashley Timms
Cool GadgetsGaming

Add another dimension to your VR experience with the Oculus Touch VR Controllers. Featuring a design that wraps around your hand, the Oculus Touch controllers make it easy to immerse yourself in VR. The triggers are located under your middle finger and forefinger while your thumb can move freely across the face buttons. The hand trigger offers a natural way to grab objects in-game. Likewise, each controller comes with an analog stick. Additionally, the controllers allow you to point and make hand gestures such as giving a thumbs up. In fact, they can detect when you lift your fingers off the triggers and buttons, allowing for more interaction possibilities while playing. The Touch controllers require Oculus Rift and at least two Oculus sensors.