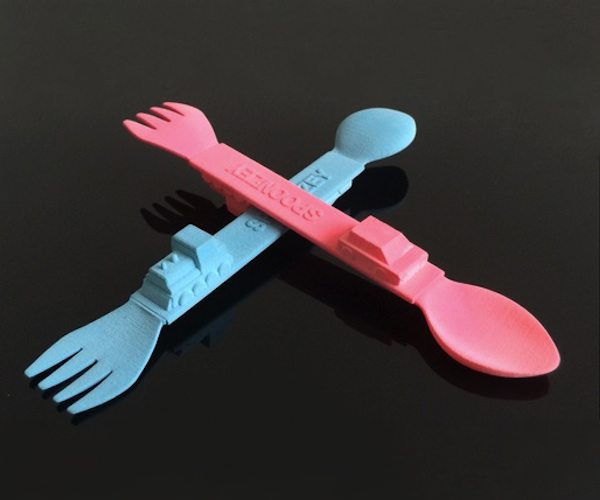 Spoonzey is a super cool new children’s spoon and fork which has a little train and car on. Aim’s to make meal times awesome for both the child and parent, a little choo choooo or brumm brummmm will go a..
Mark Myerson
Cool GadgetsHome

Spoonzey is a super cool new children’s spoon and fork which has a little train and car on. Aim’s to make meal times awesome for both the child and parent, a little choo choooo or brumm brummmm will go a long way with this ingenious bit of design. Launched via Kickstarter it looks to be a sure fire hit, they come in a few colours at the moment including blue, pink and red, with more to be added when goals are hit. Another feature of the Spoonzey which seem’s a little bit strange at first is the fact that it is a silver spoon, or at least it has silver embedded into the plastic to make it anti-bacterial, a nice little feature to keep all of those techy’s out there happy. This product is not re-inventing the wheel, it is just adding to it to make it fun for all, it has managed that by the bucket load and looks like it will be a runaway success. The early bird specials are extremely limited on this one but the packages are cool anyway’s and awesome for gifts so they are the things that will probably go out the door first.

Get it forGet it for $7
Spoonzey
Add Reminder
Add to Collection
Share it
Gadget Flow Rating 9.8/10
View Product Specs
Discovered on Jan 24, 2014, 3:10 pm EST
Discovered by Mark Myerson
Report this