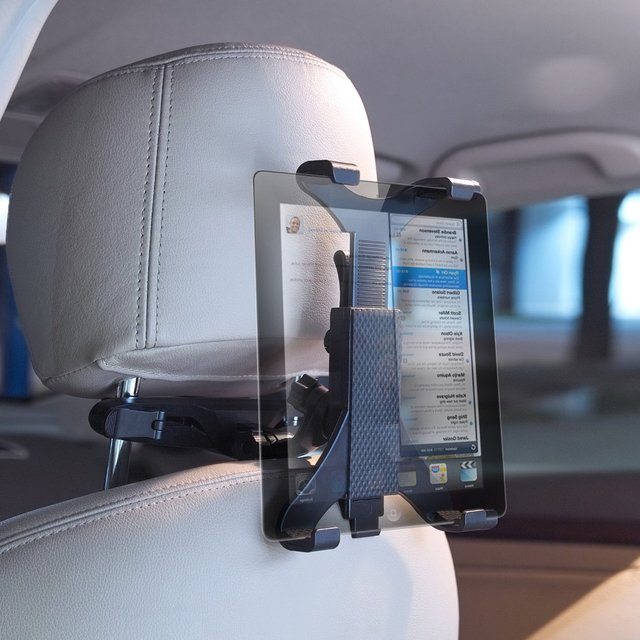 The Universal Tablet Headrest Car Mount from ARKON will firmly grip any 9-12” tablet. It is compatible with all standard car seat headrests, and works fine for just about every major tablet in the market, including all the iPads, the..
Michael Cheng
CarCool Gadgets
1

The Universal Tablet Headrest Car Mount from ARKON will firmly grip any 9-12” tablet. It is compatible with all standard car seat headrests, and works fine for just about every major tablet in the market, including all the iPads, the Google Nexus, Samsung Galaxy Tab and Note, Amazon Kindle Fire, and so on. The spidery holder has eight support legs, four of which are long and four shorter to maximize the usability of the headrest mount. You simply insert the tablet horizontally, and then move it up or down any way you want since it can be swiveled a full 360 degrees. It will keep back seat passengers entertained and blissfully occupied, leaving you free to focus on the road without irritating backseat drivers telling you what to do, or worse yet asking “Are we there yet?”