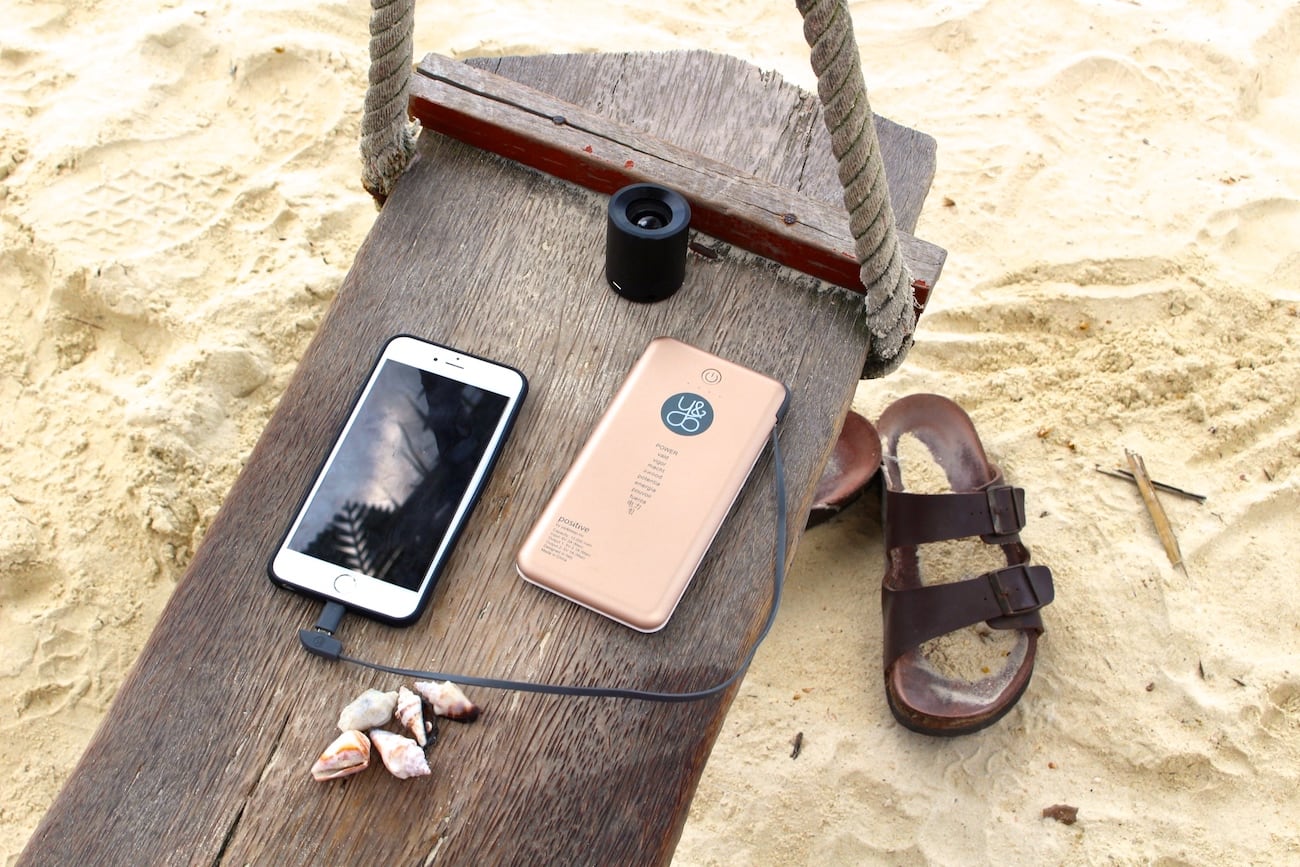 It doesn’t take many hours of GPS navigation to drain the battery of your smartphone. Fiddling on Facebook via Wi-Fi has a similar effect. This is fine when you have time to sit near a power outlet. But if you work on the road or just enjoy active travel, you probably need a backup battery. The Positive Power Bank can charge most smartphones three times over, so you should be fine for several days. What’s more, this ingenious battery has a built-in cable that adapts to fit all your devices.

Charging All Your Devices

Portable power is not a new concept, of course. You can get backup batteries to suit any purpose nowadays. Yet most are rendered useless unless you bring the right cable. Chances are, the critical cord will be left behind on the very day it’s needed. Furthermore, you would normally have to pack multiple cables to suit different devices.

The Positive Power Bank avoids these problems with one neat solution. Wrapped around the battery pack is a 15.6-inch cable, which sits flat against the case.

[tweet_box]The compact Positive Power Bank has 10,000mAh and a built-in cable that fits most devices[/tweet_box]

In combination with the supplied adapter, this cable can charge phones, e-readers, tablets, and many more devices. As a result, you should never be left frustrated when your battery is about to die. 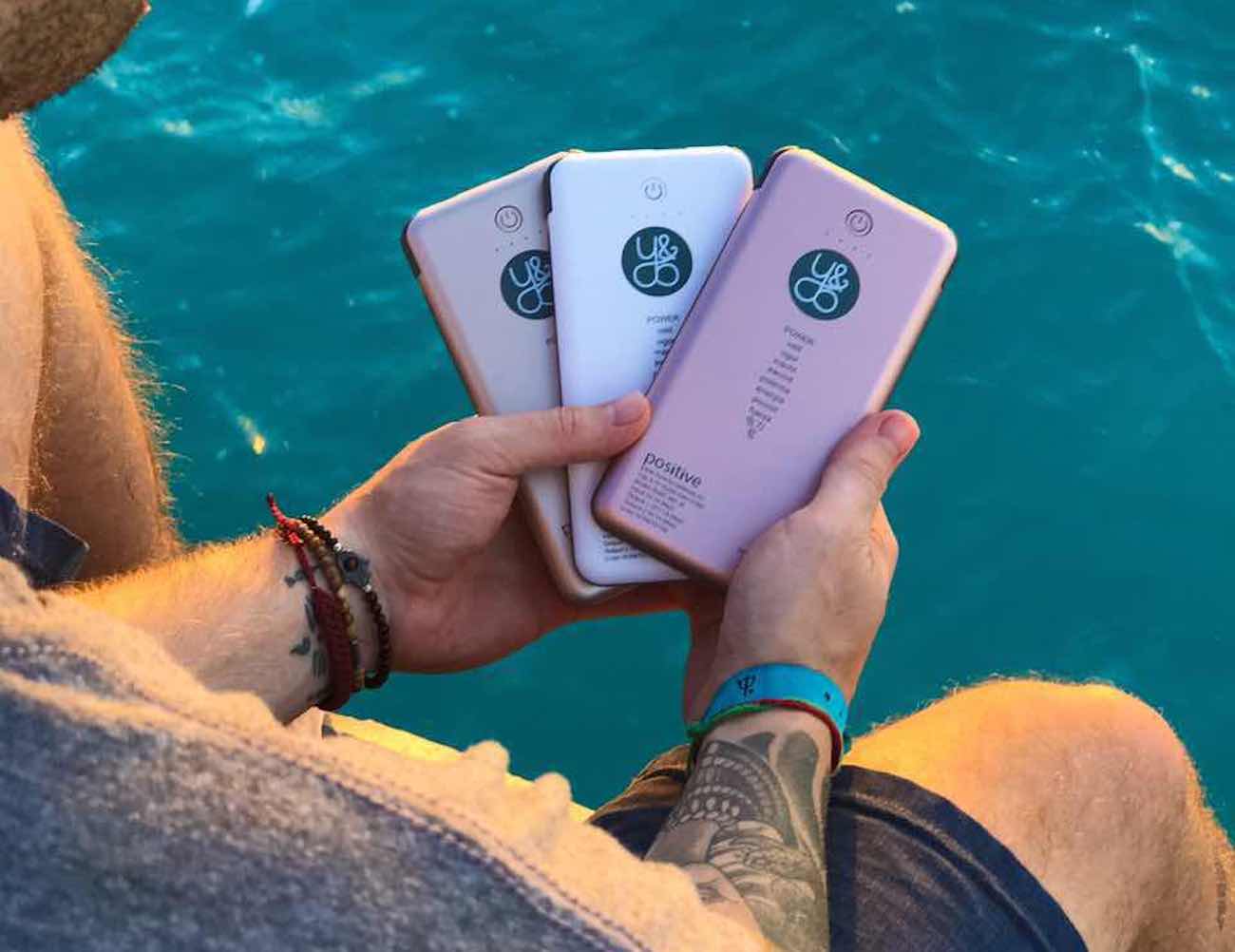 In physical terms, the Positive Power Bank is a supermodel among backup batteries. The sleek design mimics that of a larger smartphone, albeit with a fraction more bulk and no screen. Even so, the battery weighs in at nine ounces and measures just half an inch thick. You can even get a custom print on the back, should you wish. 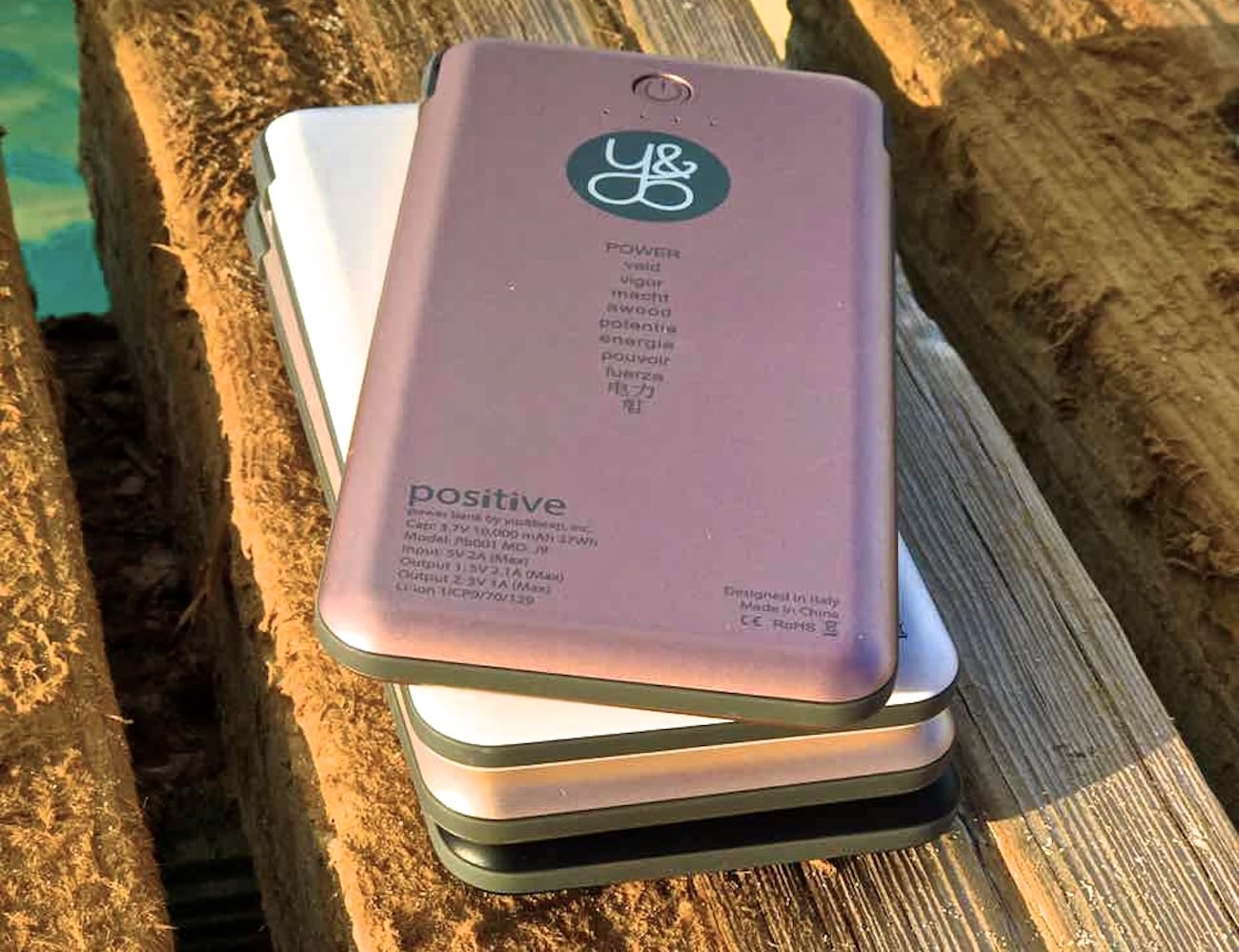 This lightweight design means you can take the Power Bank on most outings. Consequently, you shouldn’t be left stranded when the unforeseen occurs. 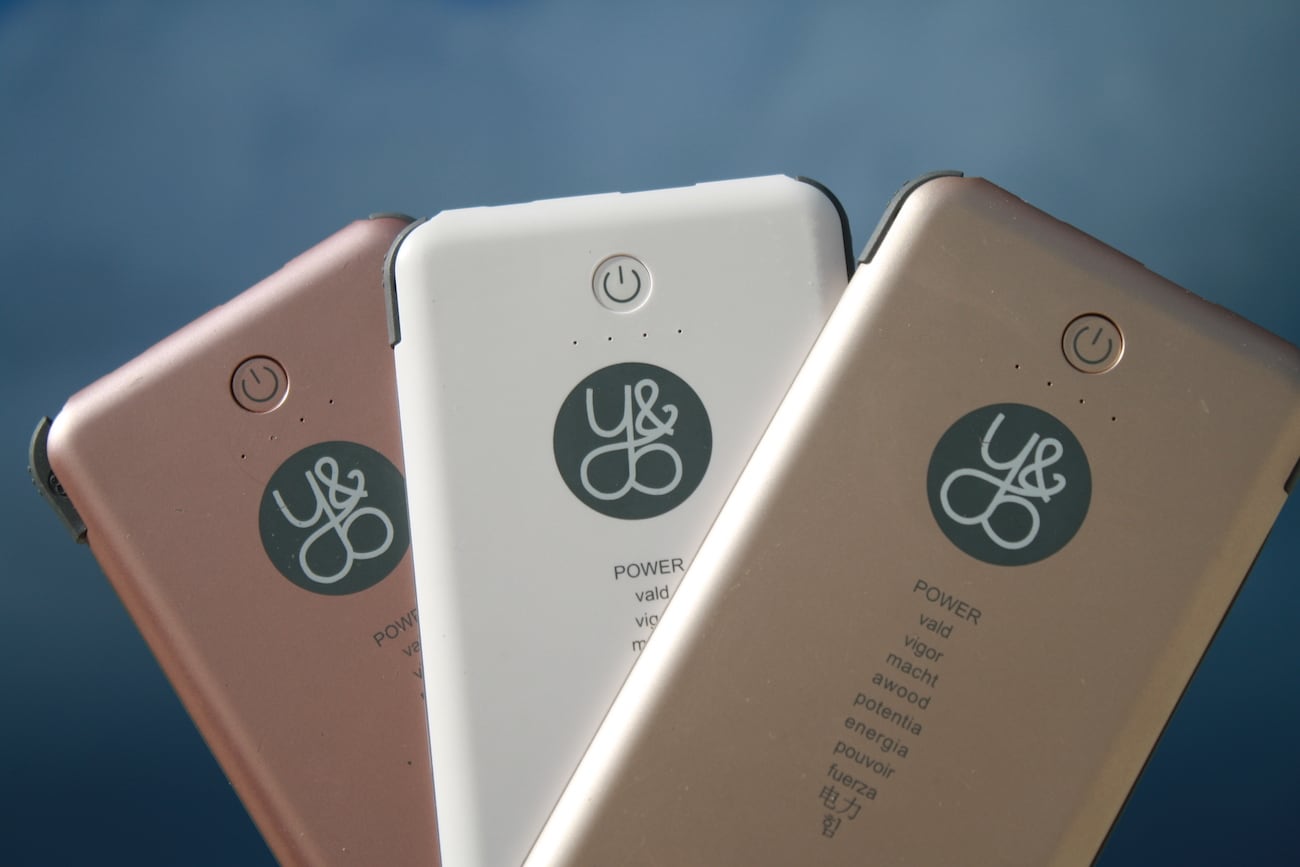 With 10,000mAh under the hood, this battery also offers plenty of power. You can charge a regular iPhone around two or three times over, and fully charge your iPad Pro. Devices with smaller demands, such as e-readers and GoPro cameras, do even better. The battery also has dual outlets and pass-through technology. 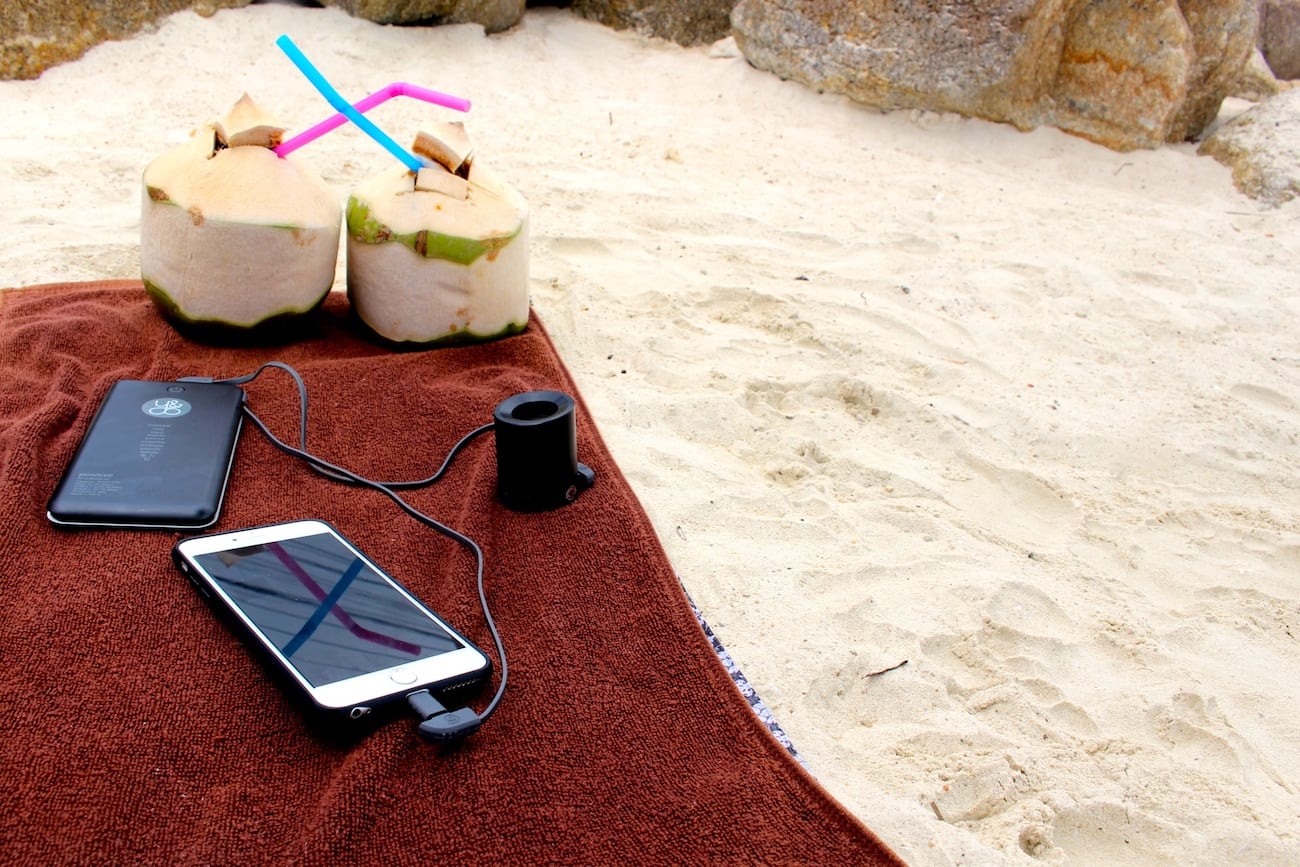 Once again, the Positive Power Bank cannot claim to be the first backup battery with built-in connectors. However, the cable is far superior to most solutions we have seen. 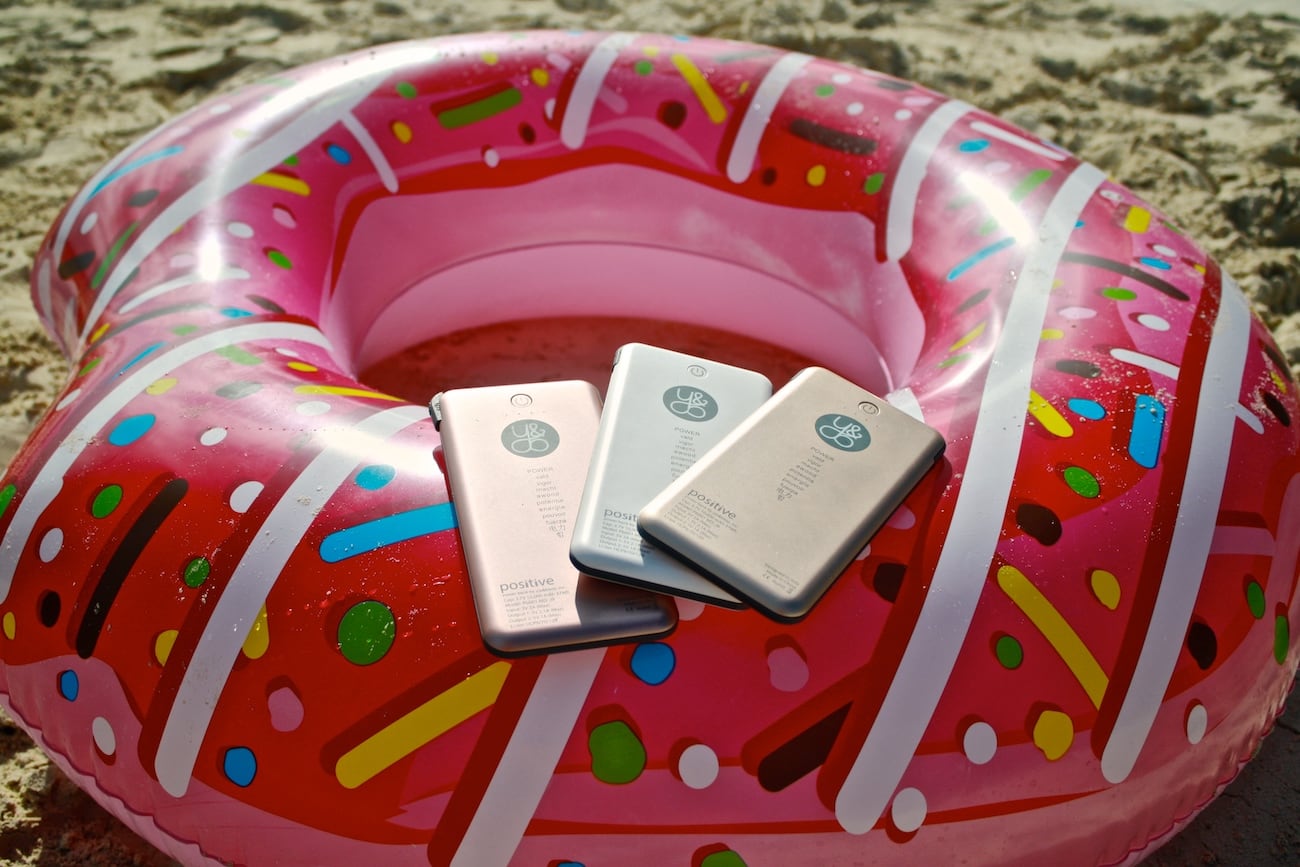 Due to its generous length, the ribbon cable allows you to use your device while it charges. In addition, it is flexible enough to work at various angles. When you need directions from Google Maps, this is really important.

The supplied adapter lets you switch between Lightning and USB-C connectors in seconds. As with the cable, the adapter has its own storage slot on the battery. 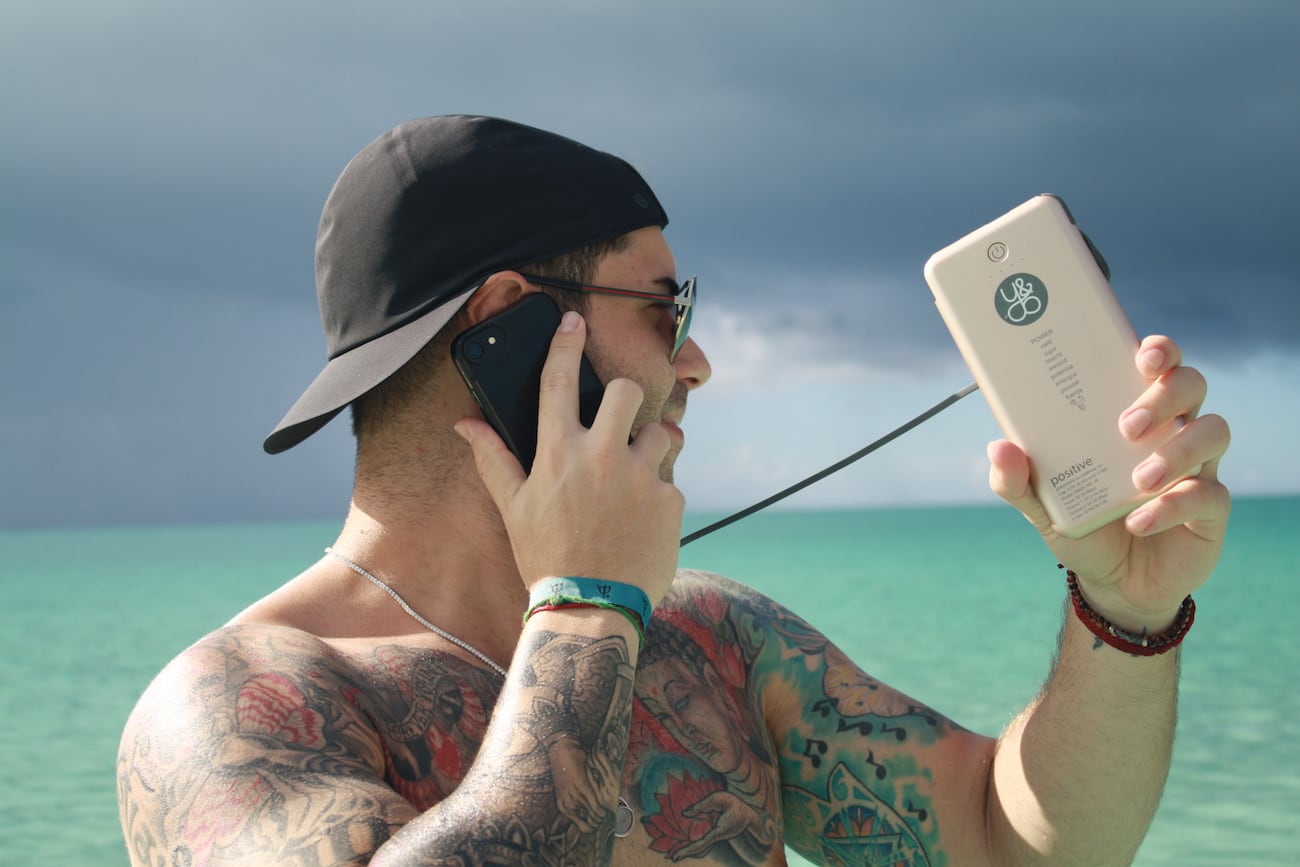 Our only concern is that the adapter seems relatively easy to lose. Without it, that clever cable is all but useless. But this is a small issue in a sea of positivity.

“We designed Positive Power Bank to make life easier, by packing a strong battery with a cable we need in a small portable charger compatible with virtually every device in this digital age. We are sure you will always be power positive on the go with a Positive Power Bank by your side!” — yip&beep on IndieGoGo

Instant power on the go, without fumbling around in search of cables.

Hiding the cable completely might avoid it snagging on things in your bag. A good upgrade for the next version.

– Deal: Gadget Flow members get an extra 5% off the x2 perk!