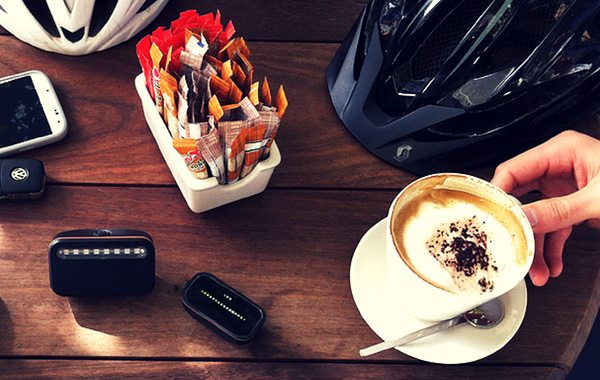 Although new-age bicycles have come under the privilege of high-end accessories that ranges from smartphone mounts to better navigation devices, the terror of facing fatal accidents due to poor visibility on the streets is still a major concern. While there has been a recent development in creating solutions for this problem in the form of glowing wheels or wearable belts, the cycling world still awaits that one device which could focus more on the area most overlooked by riders all the time – the entire scenario of what’s happening behind. Whether there is a car coming at a high speed or a fellow motorcyclist rushing past without being aware of the cyclist’s presence, it’s a fact that even till today the single biggest cause of cycling deaths in the U.S. alone happens because of being hit from behind.

Rear-view mirrors and backlights are most often considered as the only solutions available to tackle such situations but are often found to have drawbacks which leads to nothing but hopelessness amongst riders. To prevent such fatal encounters, cyclists need something that would help them comprehend the speed and distance of the vehicle coming from behind even in the most darkest of situations such as rain or fog. The backlight needs to be more prominent in displaying the presence of the rider to fellow cars and motorcyclists on the streets and act more like an indicator than just a glowing device. Cycling is definitely a fun and entertaining activity without a doubt but with these problems posing here and there, the darker side of the sport is more on display. South African radar and computer vision technologists had undergone rigorous research on this since 2010 which has finally resulted in a product that envisions a new dimension of safety enriched bicycling using military grade radar to track vehicles approaching from behind. Enter Backtracker – the latest cycling accessory from IKUBU that’s currently facing it’s round of crowdfunding on Dragon Innovation.

The kind of empowerment Backtracker has been endowed with is more like a sixth sense for riders (as described by the team) that enables them to track approaching vehicles from behind for a distance of about 150 yards away. As described by Franz Struwig, the Managing Director of the company on Techcrunch, “It gives you the speed and distance of rear-approaching vehicles, and alerts motorists to your position via increasingly frequent light pulses.” The setup comprises a back and front unit, both of which together brings the enriched experience Backtracker is made up of. 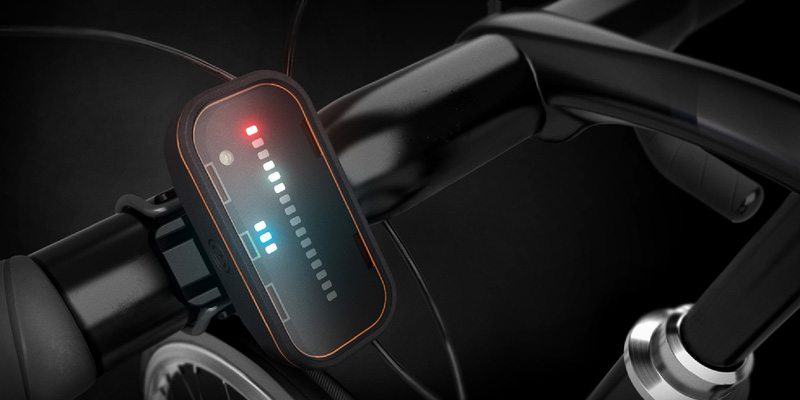 The front unit is easily attachable on the bicycle’s handlebars which primarily looks into providing the rider with intuitive information of the traffic behind with the help of a range of LEDs. Each LED stands for a distance behind you which stretches upto 150 yards, thus helping you realize the exact distance and speed of the vehicle coming behind you. The back unit, on the other hand, is meant to clip onto your seatpost and signal fellow riders of your presence with constant flickering of light. Under normal situations, the light won’t flicker to a large extent thus saving power and energy for more traffic prone areas. Together with the two devices attached on your bicycle, you’ll be able to enjoy a more stress free ride with important information coming your way as and when required. 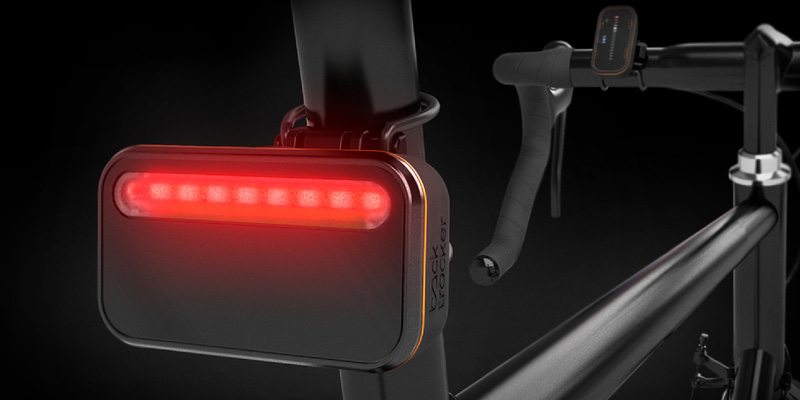 Let Your Sixth Sense Be Your Power on the Streets

One of the best aspects of this 21st Century bicycling vision is the fact that it can work smoothly even in adverse situations such as rain or fog which is more of a time when normal visibility is highly poor. The custom lens of the backlight has also been made in a way which concentrates on letting the other drivers on the street know your presence. While all this may seem very automatic and technology prone, you should never stop the general precautions one usually takes when cycling on the streets. Backtracker will obviously enhance your detection skills but your safety will always be in your hands. 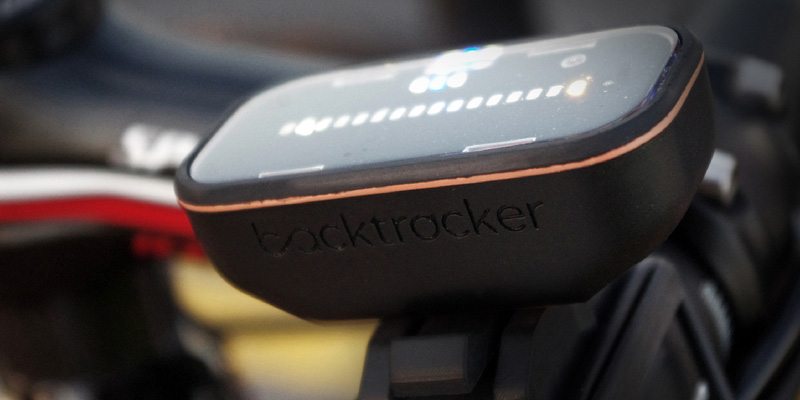 Currently, a group of six Backtrackers can work together in a particular location without interference which is about to be increased with time and success. The battery endurance of the device duo is upto 8 hours which can then be recharged using the mini USB port. As described on their press release, “The device will be available in variously priced packages, including an early bird special of USD 149.00 (about ZAR1590.00), triple or bulk order discounts, and packages created specifically for tech developers. The standard Backtracker price is USD 199.00 (about ZAR 2125.00).” Rising towards their goal of $194,500 on their crowdfunding campaign with 310 supporters already cheering the invention, this benchmark concept of safe bicycling does not seem to be that far anymore. Wait till your bicycling experience becomes a lot more entertaining and safer at the same time with this effortless backtracking device by your side everyday. Happy Gadgeting!

Madhurima Nag is the Head of Social Media at Gadget Flow. She side-hustles as a digital marketing lecturer/speaker and loves to voice her opinion on marketing, crowdfunding and gadgets (of course!) in general.
Write your comment..
Popular Blog Posts
LG vs. Samsung 2020: Who’s winning the smart TV war? Best living room gadgets and accessories 10 workspace gadgets for a futuristic home office Must-have smart home cleaning gadgets Ultimate eCommerce checklist to boost your online sales 9 Smart home office gadgets to boost your productivity Best 5G phones to buy in 2020 24 Cool tech gadgets that prove we’re living in the future Must-use Kickstarter marketing tips and the best strategies to get funded 8 VR cameras to perfectly capture the world around you