Do you worry about your vehicle while driving or leaving it parked? Get back some peace of mind using this dashcam system. It captures accidents, plus potential burglaries, when they happen—and that just scratches the surface. Read on to learn more about this nifty new gadget. 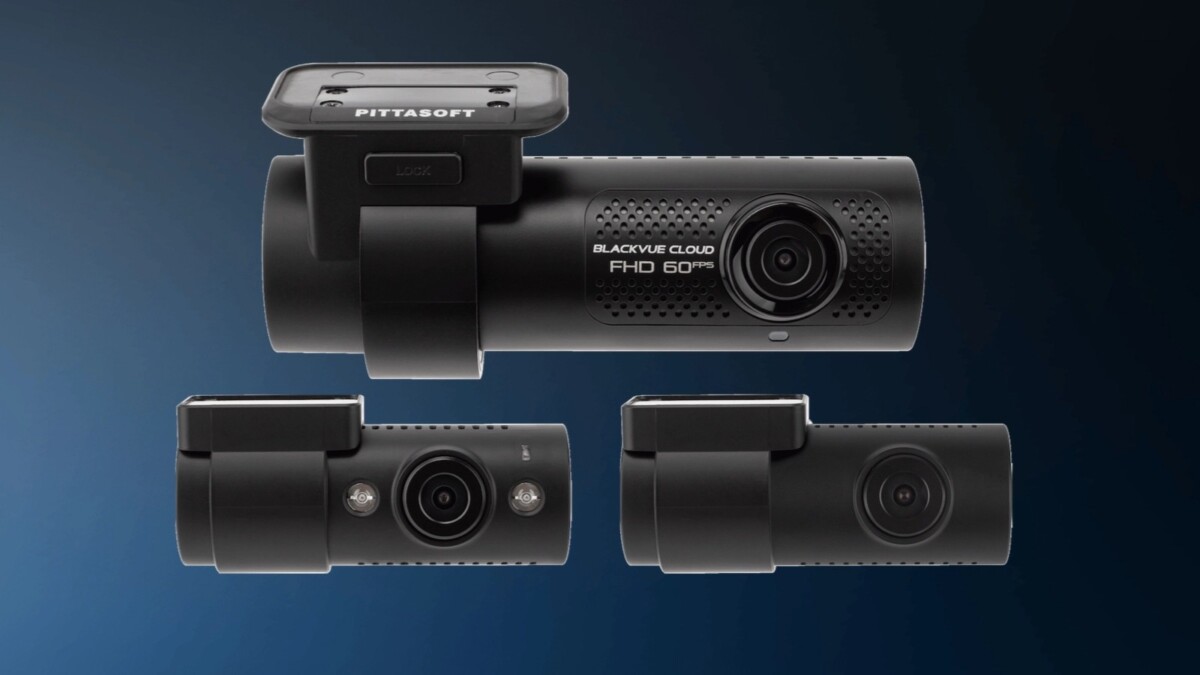 Car accidents can happen anywhere at any time. In fact, they happen most often when close to home. Similarly, car theft and vandalism can also occur near home. Whether you live in a bustling, high-risk area or a quiet, low-crime neighborhood, it can’t hurt to cover your bases by installing a gadget like the BlackVue dashcam in your vehicle.

This way, there’s footage of whatever might transpire that you can send to the police, insurance company, or whoever else might need it in order to take action.

So what’s a great in-vehicle camera system you can buy right now? Meet the BlackVue Dashcam (DR750X-3CH Plus). Let’s go ahead and check it out!

The incredible BlackVue Dashcam system is ready to capture everything you need to see. It features 3 different triple-channel Sony cameras with Starvis image sensors. These HD cameras include an interior camera (complete with infrared capabilities), a front camera, and a rear camera.

They can shoot between 720p and 1080p resolutions up to 60 FPS. The cameras are especially effective seeing at night, so no need to worry about videos being too dark or washing out from overpowering light sources.

There’s no need to worry about when to record with the BlackVue Dashcam. Why is that? Because it automatically detects impacts and collisions using its built-in speed sensor and accelerometer.

It can also detect visual motion while your vehicle is parked. You’ll receive notifications from the camera system via voiceover or LED indicator lights.

Another efficacious benefit of the BlackVue Dashcam system is the myriad of different options available for storage and connectivity. For example, you can use its built-in GPS or an optional LTE module to transmit location or access the cloud. You can also use Wi-Fi to link with a smartphone, tablet, or hotspot.

As far as storage options go, you have the choice of using an advanced microSD card system developed by BlackVue or the BlackVue cloud. The former offers a way to save videos and effectively overwrite the oldest on an as-needed basis. The latter allows you to save footage to free off-site cloud storage.

While we’ve listed only a handful of the primary features available with the BlackVue Dashcam, it’s worth noting that many others exist. For example, there’s the ability to access the BlackVue app not only on your smartphone but also on a PC. The devices also have a sleek interface that includes a programmable proximity sensor.

There’s even a tamper-proof case you can add (optional) that keeps wrong-doers from being able to pull wires, rotate cameras, or access microSD cards. Not to mention, there’s an add-on for an intelligent parking mode. That should prove particularly useful.

If you’re looking for a one-stop complete dashcam system that you can use to monitor your vehicle activity, you need to check this out. There are plenty of main features that make it worth your while, from the 3 different cameras to the myriad of other options and enhancements.

With so many thought-out design attributes and quality-of-life improvements, you really can’t go wrong here. Whether you’re looking to catch potential accidents should they occur, or thieves skulking around your car, the BlackVue Dashcam can help.

You can get the BlackVue Dashcam (DR750X-3CH Plus) from the official website here starting at $469.99.