Enter the Dyson Zone: a fresh new take on strapping an air purifier to your face

Do you like Dyson? Do you love owning an air purifier? What if you had a Dyson air purifier that strapped to your face? While it may sound silly, Dyson's new Zone gadget combines headphones and air-purification technology in a fun, yet beneficial way. Read on to learn more about this nifty device. 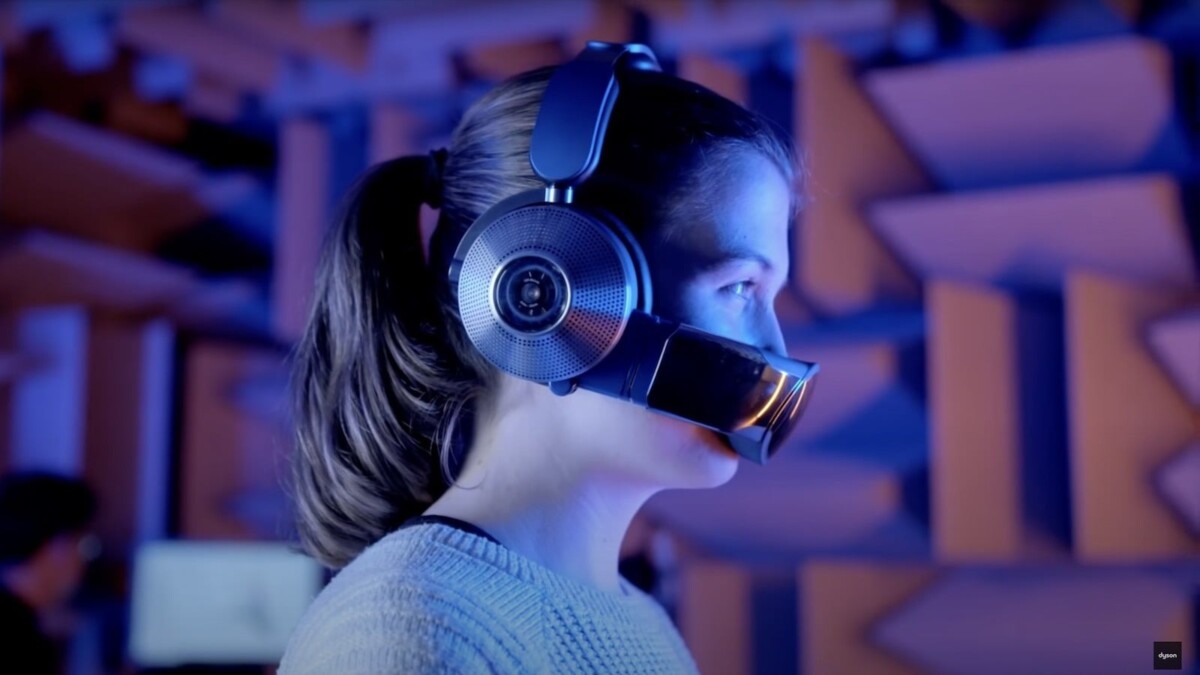 Dyson’s been around for quite some time. It’s an appliance company and household brand widely known for high-end fans and vacuum cleaners. Dyson’s dabbled in a slew of different product types, but now it’s on track to release a whole new kind of product: headphones!

They’re not just any headphones—these are headphones with a personal air purification mask attached. Let’s go ahead and take a gander at the upcoming Dyson Zone, shall we?

What is the Dyson Zone all about?

The Dyson Zone is, as said above, a pair of over-the-ear headphones with built-in air purification technology. The idea is that the gadget will help reduce noise and air pollution simultaneously, creating a comfortable environment no matter where you are—especially in busier urban areas.

It definitely seems to be a step outside of Dyson’s comfort zone, but not entirely out of its wheelhouse.

How does the purification system work?

As far as the purification system goes, it’s probably the most “Dyson” part of the Dyson Zone. Rather than coming up with any new purification tech, Dyson simply refines and consolidates its existing air-purifying technologies into a smaller package.

It works using compressors built into the outer portion of the earphones where the air is pulled in, routed, and filtered into the visor part. The visor—also the area you breathe in—is free from around 99% of pollutants. While it does appear to touch your face, it’s said the visor actually doesn’t make contact and thus improves comfort for wearers.

If you’re like me, you may less thrilled about the style despite feeling the concept, in general, is plausible. That said, it’s worth pointing out that the Zone’s breathing visor can actually flip out of the way when you’re looking to converse with others.

It can also detach completely should you want to use the headphones by themselves—without the air-purification apparatus. Lastly, while the air filters aren’t reusable, they’re at least replaceable and should last up to a year.

Are the headphones actually any good?

According to Dyson, which typically doesn’t make headphones, its objective is to provide a product that creates faithful reproductions of original tracks. There will be a passive-cancelation mode, and it has built-in microphones to assist its active-cancelation mode.

In fact, Dyson’s Zone device features 3 different noise cancelation modes in total, some of which can change depending on which visor position you use. We assume this will be adjustable based on personal preference as well.

Those testing and reporting on the new gadget from Dyson state that the headphones aren’t exactly lightweight. They can be a little on the heavier, bulkier side. Granted, there’s also a lot going on there too.

If we’re being fair, we wouldn’t compare them to other over-the-ear headphones the same way since it’s like drawing a comparison between a mandarin orange and a Florida orange; they’re similar things, but definitely not the same.

Dyson’s ambition has our attention

Again, it’s actually kind of nice seeing Dyson step out of its comfort zone a little more. While an air purifier isn’t unusual for the company, it is when it’s attached to headphones and strapped to the face.

And, even though the gadget is admittedly rather hilarious to look at, it seems to be met with a lot of positivity from those who find opportunities to test it early.

Dyson’s Zone still leaves us with some questions, of course. We do know that it charges using USB-C, but we don’t know what to expect for battery life. We also don’t know anything about durability or water or dust resistance. That said, we look forward to seeing what Dyson’s next move is.

The Dyson Zone is set for release in Fall 2022.