Everything You Need to Know About Intel’s Compute Stick 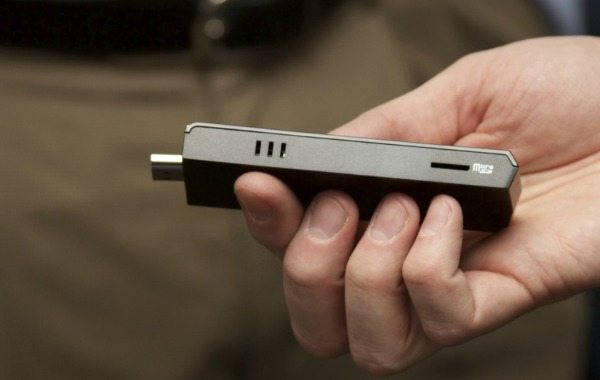 We often refer to smartphones as extremely mobile computers, sometimes even going so far to say we carry a miniature computer in our pockets or on our person at all times. This is convenient for many reasons, one of which is that we always have access to the things we need, and we remain “connected” the whole time. That said, it’s no secret there are just some things you can’t do on a smartphone. 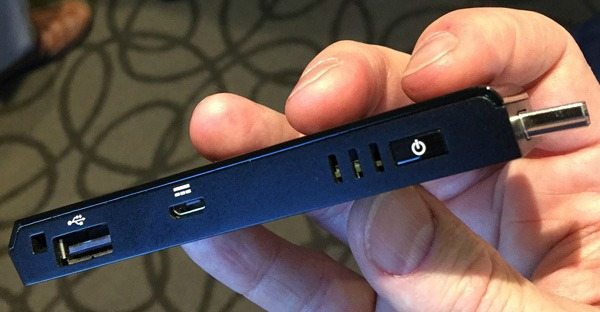 The Intel Compute Stick is a portable PC crammed into a device the size of a USB thumb drive. Yep, that’s right, it’s a “true” portable PC. It plugs right into the HDMI port of a modern TV and can essentially turn any screen, provided it has the necessary hookup, into a temporary all-in-one computer.

It’s powered by an Intel Bay Trail Atom Z3735F processor, and includes Bluetooth 4.0 support, as well as integrated 2.4GHz 802.11n wireless connectivity. It has a single USB port for any wired peripherals, and the Bluetooth is sufficient for a wireless setup, such as a wireless keyboard and mouse. Finally, it also has a microSD expansion slot so that the storage capacity can be increased at will.

There are two versions available, one of which comes preinstalled with Windows 8.1 and the other of which works with Ubuntu Linux. Which version you purchase just depends on your personal preference. Of course, the Linux model is considerably cheaper at $89 as opposed to $149, and it also has a little less power crammed inside.

This is all fine and dandy, but what does it all mean? How is the Compute Stick any different than a laptop?

To be perfectly honest, it’s not that much different than a laptop other than the fact that the Compute Stick is much smaller and more portable. It also means that wherever you wish to use the device, you’ll need to have a TV equipped with an HDMI port at the ready before you can hop on. It also means you’ll need to carry your peripherals around with you, unless you have some waiting for you wherever you’re taking the Compute Stick.

That’s not so bad when you consider the availability of portable accessories like wireless Bluetooth keyboards and mice. However, if you’re the type who can’t deal with compact keyboards, we’re afraid you’ll need to lug around your full-sized one as an alternative.

For Business or Pleasure

Intel claims the Compute Stick is both business and consumer ready. For the professional-minded folk, you can access any desktop, including any and all documents stored within, using Windows Remote Desktop functionality. For the casual users, Intel claims the device is great for “light productivity, social networking, web browsing and streaming media, such as Netflix or Hulu.”

Even ignoring the incredibly portable size, the price is more than reasonable for any computer, especially one running the full Windows 8.1 OS. If you’ve ever entertained the idea of “carrying your work with you” when it comes to computer-based projects, then this is certainly how you can go about it.

The Compute Stick will be available sometime in March. That means, if you decide you want to pick one up for yourself, you don’t have long to wait.

Images from Neoteo and TechReport