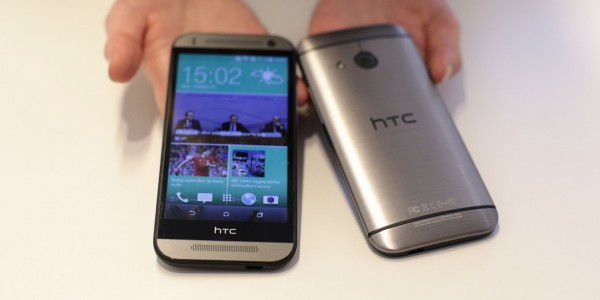 The HTC One (M8) is my current pick for best smartphone of the year (so far). The premium metal design, coupled with the BoomSound speakers and top of the line specs had me sold as soon as I saw it. I actually went out and bought two of them! I did wonder about the necessity of all of this expensive hardware for someone who doesn’t use their phones as much. There wasn’t a smaller option, if you wanted the latest from HTC with the slick design and BoomSound speakers, you had to go big or go home. Thankfully, HTC has come up with another oddly named device to fit the needs of those who just don’t need as much phone as the M8 provides. 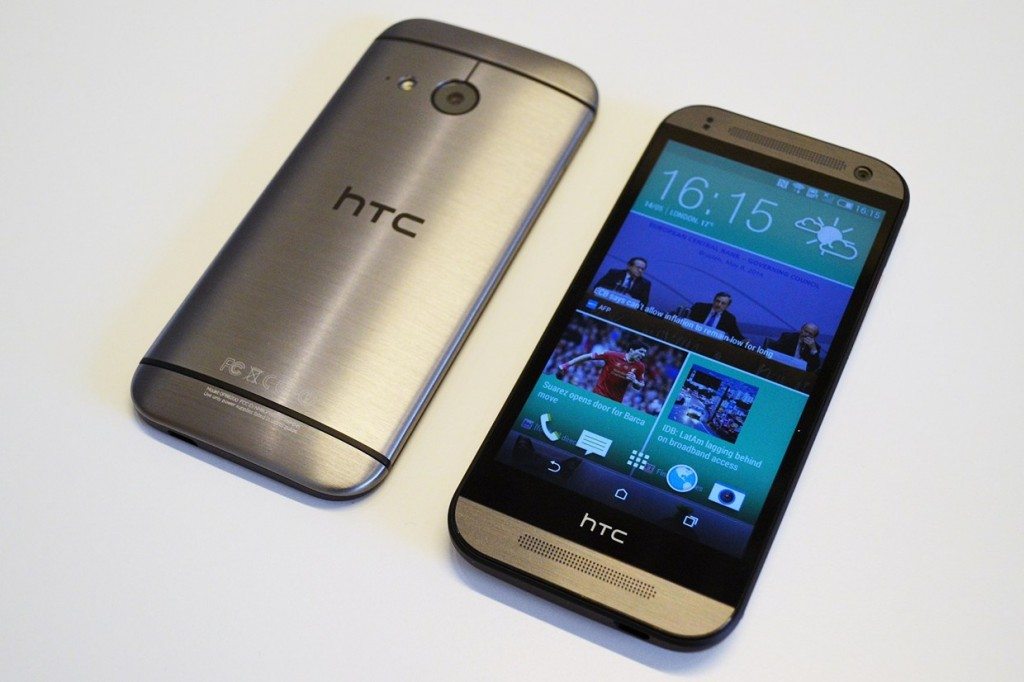 The device is called the HTC One Mini 2 because it is the second Mini version of the HTC One flagship. At least the M8 hasn’t been included, that would have been an outright mess. Despite this, the Mini 2 does truly shine as a budget smartphone to compete with the likes of the Moto X and Nexus 5. It actually sacrifices very little in the way of looks, it retains the mostly aluminum chassis and the BoomSound speakers, although HTC claims there is quite a percentage difference in regards to the amount of metal in the actual phone. Even with such a discrepancy, you wouldn’t notice just by looking at it. It retains the nice subtle curve of the back while losing the functionality of the depth sensor. Even though you lose the adaptive focus of the camera, it actually makes the back of the phone look a bit better than the M8. 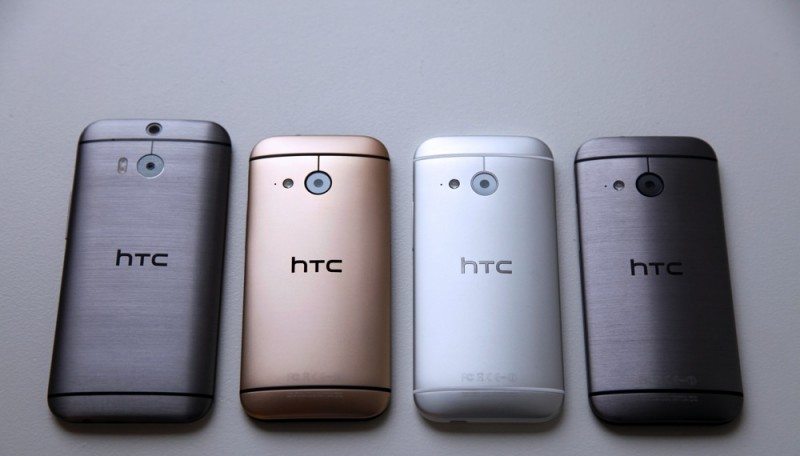 Now, the Mini 2 does not keep the same specs as the M8 simply because there’s not enough room to keep all of the high powered components. That said, with the smaller screen size with lower resolution help it to run with just as much fluidity as its big brother. Coupled with the still included microSD slot and 5 megapixel front facing camera, you still get to keep most of the basic functionality that was so nice on the M8. The rear camera is now a 13 megapixel standard lens, not the Ultrapixel that HTC loves so much. In the end, you are sacrificing a few things but you already know about that caveat because it is a less expensive phone overall. You have a great looking phone running the latest software on specs that aren’t the top of the line but definitely work well for the size of the phone. If you want the looks of the M8 but don’t like the size or the price, the Mini 2 is the phone for you!

I’ll be the first one to declare my love for wireless earbuds. They’re so small and easy to throw right into my pocket. But a great pair of over-the-ear wireless headphones can outshine even some of the best earbuds. This..

Buy an eBike that’s easy to transport, stable to ride, and folds in 1 second: the Afreda S6 foldable reverse 3-wheeler. With 2 riding modes, this electric 3-wheeler offers transportation for anyone, anywhere. If you’ve ridden a lot of eBikes,..
Popular Blog Posts

The best gaming and office keyboards for your setup in 2022

Your keyboard is pretty essential. It’s practically your digital voice, and you use it just as much as your mouse and monitor. So you want it to be quick, comfortable, and loaded with features. Luckily, the best gaming and office..

Enjoy your music anywhere with the Neckphone TRi. These 3-in-1 headphones transform into a neckspeaker and wireless speaker. Meanwhile, the Open Directional Non-Invasive Sound tech lets you listen to the neckspeaker without disturbing others. Think headphones offer only 1 listening..

Board games of the week: Age of Steam Deluxe, Fliptown, Through Ice & Snow, and more

It’s a great time to be bored because we’re coming at you with our weekly list of board games. These boredom-crushing board games will provide the fun you’re looking for. Call over a couple of friends, order a pizza, and..

Bowers & Wilkins Panorama 3 soundbar will blow you away with Dolby Atmos, 13 drivers, and more

Ok, so the Bowers & Wilkins Panorama 3 soundbar won’t actually blow you away. After all, it needs you to stay on the same continent so you can hear how fantastic it sounds. Of course, you’re probably wondering what makes..

Enhance your living space with city skylines from around the world when you have the CITYFRAMES 3D city models. These miniatures recreate over 50 of the world’s greatest cities and use 100% biodegradable material. Have an empty wall that needs..