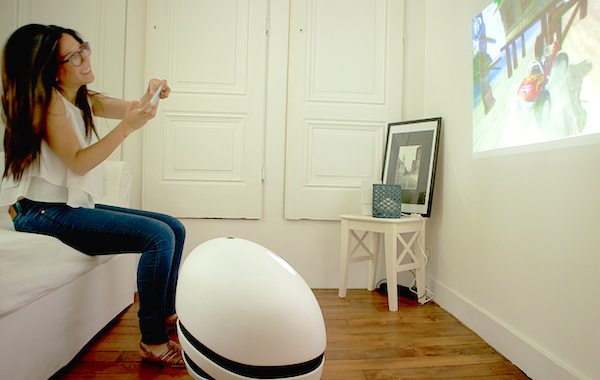 In its current form, media comes with a dilemma. Phones, tablets and laptops allow music and video to be taken anywhere, but at the cost of quality. At the other extreme, surround-sound systems and large plasma screens provide a better audio-visual experience than has ever before been available, but only in one room of one building. The solution, according to ex-Googler, Pierre Lebeau, is a self-propelling media-savvy robot called KEECKER.

The idea of an autonomous entertainment butler seems futuristically far-fetched, but that is precisely what Lebeau’s team has created — they call this new kind of device a “HomePod”. It works like this: whenever you fancy watching a movie or listening to your music library, you can beckon the KEECKER from your smartphone. It moves on four wheels, avoiding obstacles and intelligently navigating your house. Once it reaches you, it can project visuals onto any blank surface, and play audio through the built-in 3D sound system. Content can either be streamed to KEECKER wirelessly (Bluetooth and Wi-Fi), or played from the robot’s 1TB of internal storage. 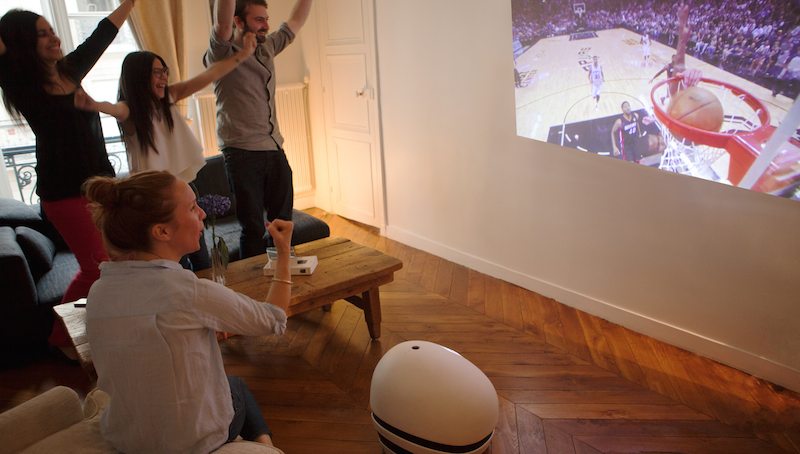 Furthermore, KEECKER actually runs Android 4.3, so you can install and run standard Play Store apps. Control is via your phone’s touchscreen, while the projector simultaneously provides a larger view. Perfect for room-filling Skype video calls, web browsing and Instagram feeds, in other words.

As you might expect from a faithful servant, KEECKER also makes itself useful when you’re not there. It has a 360º camera and two microphones on board, allowing you to watch a livestream, and you can remote control the robot manually from anywhere in the world. It even has a few atmospheric sensors to keep an eye on things. 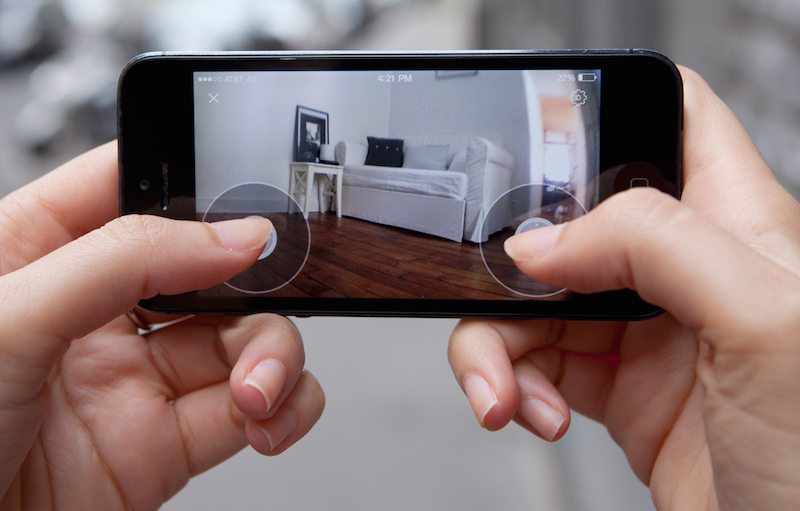 Add to all of that a battery that lasts for days, and I think you’ll agree that the KEECKER is a pretty remarkable piece of kit. Whether it will catch on is another matter, and considering the eventual retail price of $6000, it won’t suit everyone’s budget. However, if you fancy a glimpse at the future of entertainment, you can secure a KEECKER (at the time of writing) with a pledge of $2,490 — a price that’s comparable with a large TV.

For more info or to back the project, check out KEECKER’s Kickstarter page.