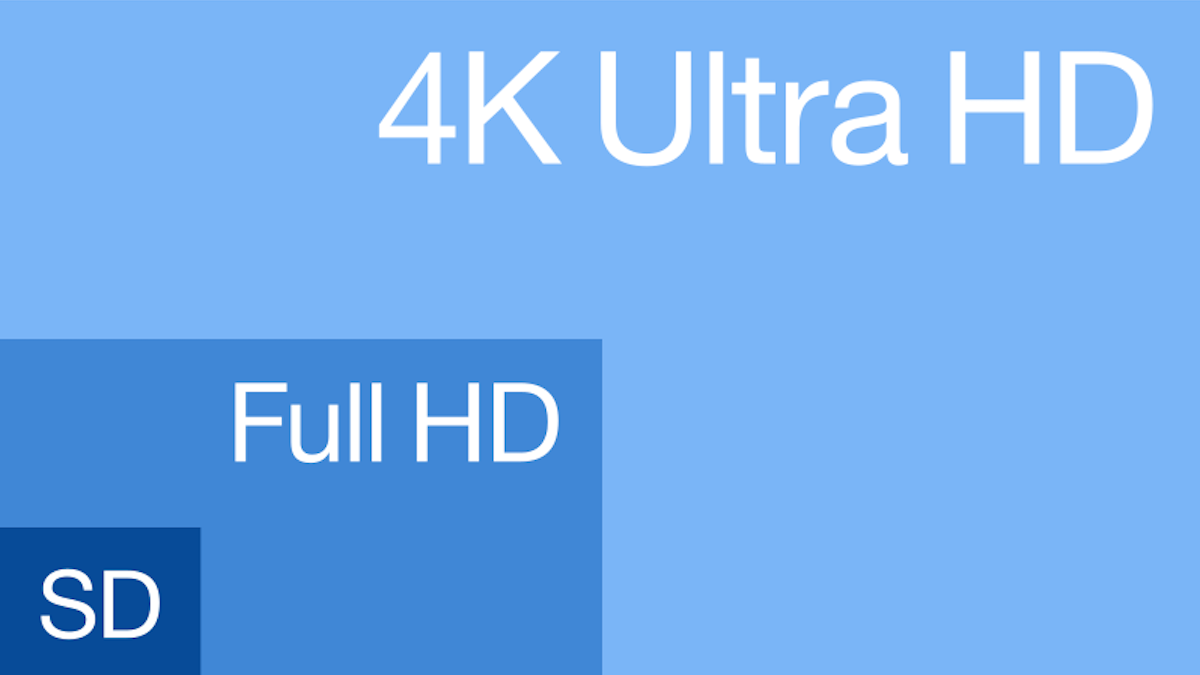 Technology is created, then it gets old, then new technology is created. That technology also gets old, and then something brand new is presented to audiences at tech shows and fancy get-togethers around the world. Among the audiences you will hear a number of “oohs” and “ahhs” as well as input from the skeptics- this brand new, hyped-up piece of technology can’t be the next big thing, can it? 4k Televisions may be the new wave of fancy TV technology, and if anything is certain, the image quality of our televisions will continue to get better and better.

What are 4K Televisions?
4K TVs, also referred to as “Ultra HD” televisions, offer a larger pixel count for your viewing pleasure. This pixel count for a 39” Ultra HD TV is approximately 3840 x 2160, which results in greater image depth and quality compared to the popular standard 1080p LED HD TVs. This means that the resolution of a 4K TV is double the standard of High Definition TV, rendering more colors, deeper contrast, and more realism for your favorite television shows and movies. The extra detail is noticeable if you prop HD and Ultra HD televisions next to each other for comparison, but you’re most likely not going to feel like you missed any detail in the image quality if you don’t replace your 1080p LED HD television anytime soon.

4K Film and Television
If you didn’t get a chance to see all of the television innovations at CES in Las Vegas this year, then you can visit any electronic store that sells 4K televisions and preview the image quality and different features for yourself. Although the picture is beautiful, there is still very little that has actually been filmed, or restored, to compliment the 4K resolution of the television. Future movies and television shows will be filmed in 4K, but if you buy an Ultra HD TV right now, you’re not going to get the full experience of 4K quality, simply because it doesn’t exist on every platform right now.

The Future of 4K
4K TVs are inspiring innovation and the way that we perceive entertainment is shifting. Soon, theaters will install 4K projectors, Hollywood will film movies with 4K cameras, and old cartoons will be re-mastered and viewable with all of the colors of 4K. Currently, these televisions are pricey, ranging from $600 for generic brands to $10,000 (and sometimes more) for higher quality brands and models that offer more features and flashier packaging. Like their HD predecessors, Ultra HD televisions will eventually drop in price and be more accommodating to the average Joe’s budget. Keep an eye out for 4K security cameras and traffic lights in the future as well- we might find that our everyday lives are being captured in Ultra HD in the near future.

Take a look at this Ultra HD screen test. I’m going to assume that many of you are not viewing this video on one of your 4K media devices. Regardless, the content was filmed with a 4K digital camera, and you can see the detail even on your standard HD television or computer.