This $30,800 watch mimics the Apple Watch with a mechanical loading wheel

Introducing the Swiss Alp Watch—H. Moser & Cie.'s final version replicates the appearance of an Apple Watch. It's a stylish mechanical watch with smart features. Continue reading this blog to explore more highlights and how it compares to the Apple Watch. 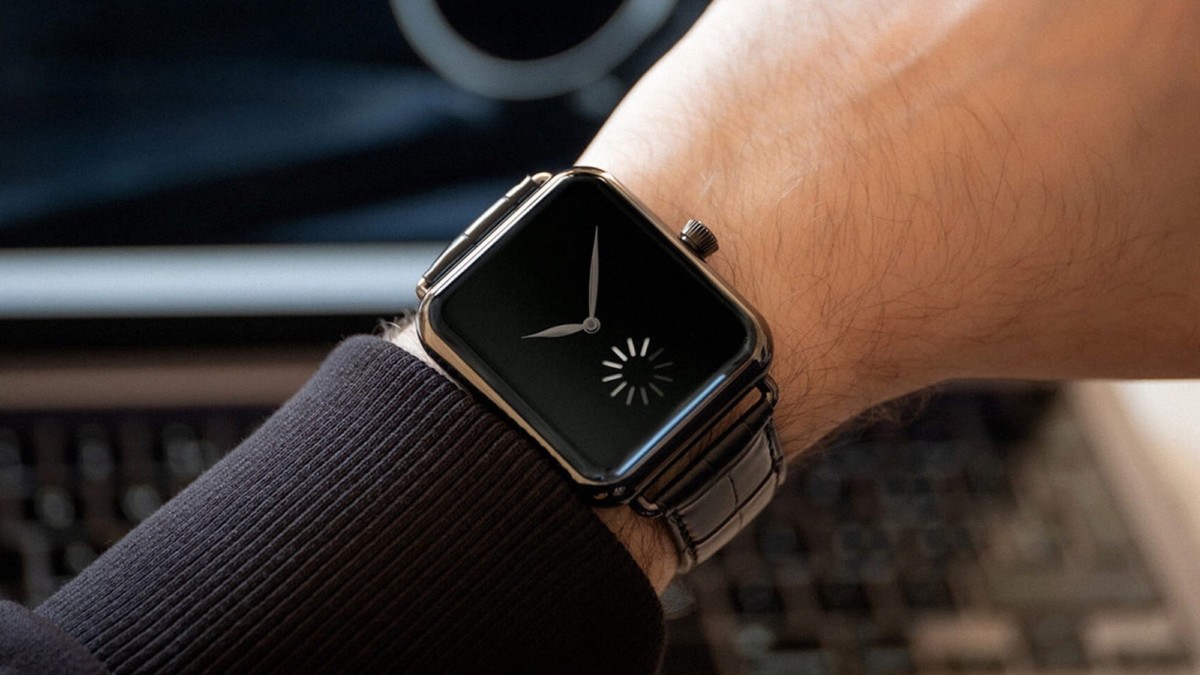 Keeping up with its high reputation, H. Moser & Cie. has upgraded the Swiss Alp Watch—the final version of the smartwatch that was first introduced in 2016. At a glance, it resembles an Apple Watch with the added benefits of a mechanical watch movement. So you don’t require a battery-powered computer to charge the watch, and it’s incredibly durable, so there should never be a reason to replace it.

Features of the final upgrade watch

The watch evidently mimics the Apple Watch, and it even includes Apple’s notorious spinning wheel on the screen. The company says that this is to symbolize the passing of time, but it could give some users an unnerving effect that it’s not fully ready for use. In fact, this is permanently on the screen that almost mocks the tech giant, Apple. And the watch even features a familiar rectangular shape in steel to further resemble an Apple Watch.

But it also promises to have even darker blacks than Apple’s OLED panels. However, this loading wheel uses a fully functional mechanical indicator to create the loading effect, rather than a computer. This Swiss Alp Watch boasts 100 hours of power reserve and, when giving proper care, it can run in perpetuity. 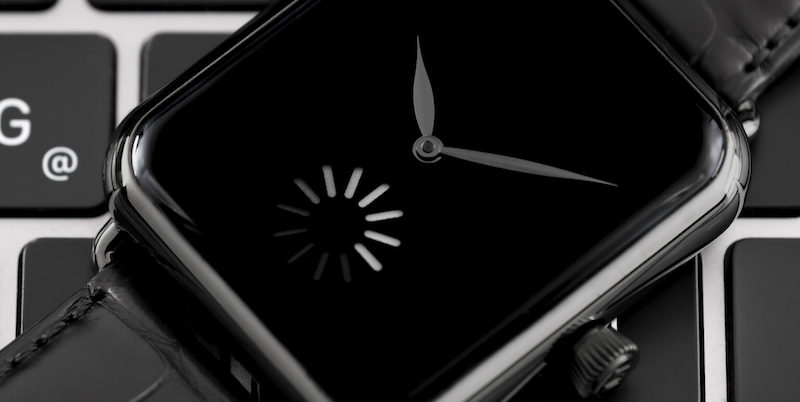 In addition, it incorporates a Vantablack dial, which is the darkest man-made material ever produced. Designed with millions of carbon nanotubes, it can capture 99.965% of light photons. And it limits light reflections to create an impression of a black hole. Not only does this provide an impressive illusion, but it makes the watch fully functional when looking at the screen in sunlight.

In fact, the finalized version of the Swiss Alp Watch is water-resistant up to 30 meters, enabling you to wear it while running in the rain or showering.

Overall, the Swiss Alp Watch is available for $30,800 and is limited to 50 pieces. Get your hands on this limited-edition watch via the company’s official website.

What are your thoughts on this mechanical smartwatch? Would you purchase this instead of an Apple Watch? Let us know your thoughts in the comments.