Valve is back and stirring up buzz in the gaming industry with a hot new product: Steam Deck. Successfully uniting PC gaming with handheld gameplay, this fascinating console runs AAA Steam-powered games and is loaded with great features. Will it revolutionize on-the-fly PC gaming? Check out the latest device everyone is talking about. 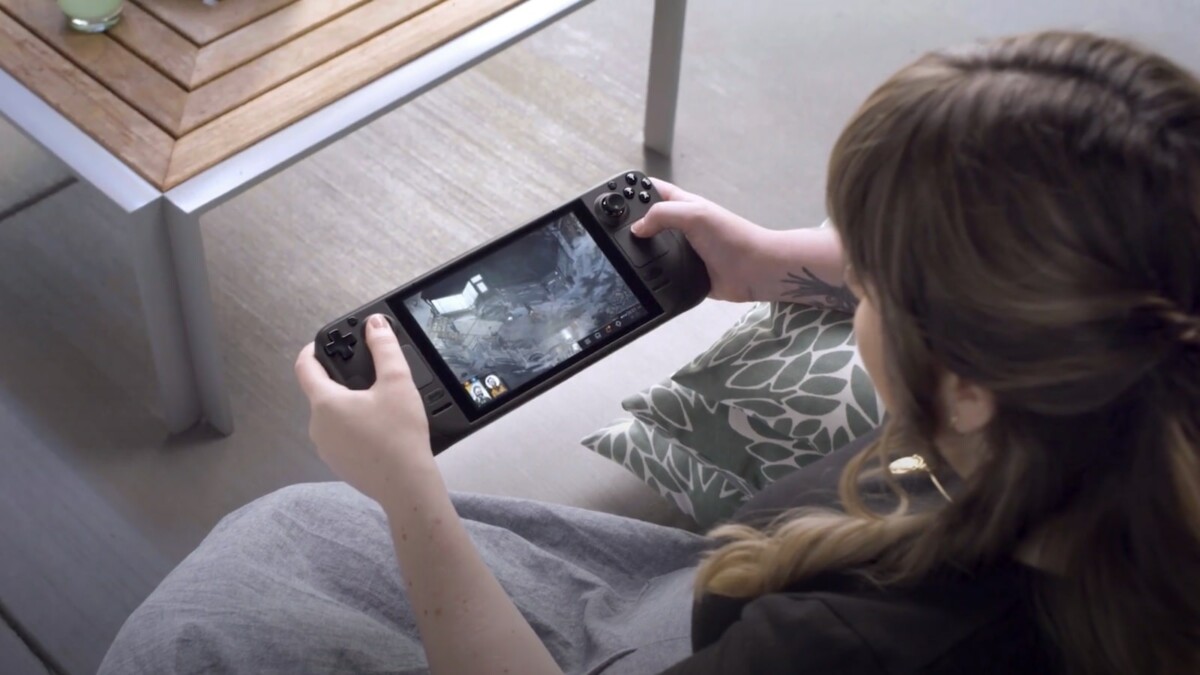 If you’re a PC gamer who also loves handheld gameplay, you’re in luck. Valve Software, the company behind legendary games like Half-Life, Left 4 Dead, and Portal, is back with a new offering that’s getting a whole lot of buzz, and for good reasons. Their new Steam Deck is a handheld console that works like a miniature PC. It comes stocked with the Steam library and has a slew of great features. Let’s get all hands on deck as we explore this sizzling hot device.

Some may be skeptical about a handheld device capable of running AAA-grade PC games. This kind of software can demand quite a lot from the hardware supporting it. Fortunately, Valve meets those demands with surprisingly powerful onboard tech.

The Valve Steam Deck console harnesses an AMD APU Zen 2 quad-core processor. On top of that, it has 16 GB of RAM. There’s more under the hood that’s worth looking at (you can see these official tech specs), but rest be assured, it’s well prepared for those looking to do some serious gaming.

The console sports a 7-inch capacitive touchscreen with Hi-Fi stereo speakers. The ability to connect a headset or use built-in microphones to talk to friends is also present. There’s even a USB-C port to expand your experience in a variety of different ways (think additional accessories and connectivity).

Undoubtedly, a critical question you might have is how much battery life to expect. Well, Steam Deck is powered by a 40 WH battery that can keep you gaming for up to a max of 8 hours. Considering the heavy lifting it likely has to do, this seems reasonable.

Anyone who enjoys modern PC gaming is at least familiar with Valve’s Steam platform. It’s a marketplace to buy and play computer games while connecting with other players. Steam Deck supports the vast library of games available on Steam. From low-budget indie projects to name-brand AAA titles, you’ll be able to play just about anything you can think of right out of the gate. No having to wait for developers to supply a new console with new games.

A point of interest for anyone looking to play PC games on a handheld device is the intuitiveness of the controls. The Valve Steam Deck goes above and beyond to include plenty of tweakable tech to satisfy hardcore gamers.

Still looking for more control? You got it! Adding to the mix are trackpads located below the thumbsticks, 4 user-assignable buttons (on the Deck backside), and a 6-axis IMU gyro sensor. That’s a lot of control!

Playing a AAA game on a compact screen is perfect on the fly, but what about when you want to experience it on a larger display? Once again, Valve’s got you covered. Steam Deck can plug directly into a TV or monitor. Using the USB-C and the compatible dock accessory, you’ll be able to enjoy gameplay with a broader view. You can even use it as a regular computer; install software, browse the web, just about anything else you’d expect to do on PC. What didn’t they think of?

The Valve Steam Deck is undoubtedly an exciting console to grace, not only for handheld gamers but those who love PC gaming. Crossing the 2 worlds is a tricky feat. However, it appears that Valve may have pulled off this difficult task. Steam Deck clearly brings a lot to the table, yet despite all that’s mentioned in this story, there’s surprisingly even more. One thing is for sure: It’s a beautiful time to be a gamer!

Valve’s Steam Deck will price between $399 and $649, depending on which package you prefer. It’s slated to ship in December of this year and is currently available to preorder. You can learn more about the Valve Steam Deck from the brand’s official website here.

Give your kids hours of fun, safe play with AirFort. It’s an inflatable play fort series that is durable, is breathable, and sets up quickly. Just attach a standard box fan, and it’s ready for unforgettable sleepovers, movie nights, and..
Popular Blog Posts